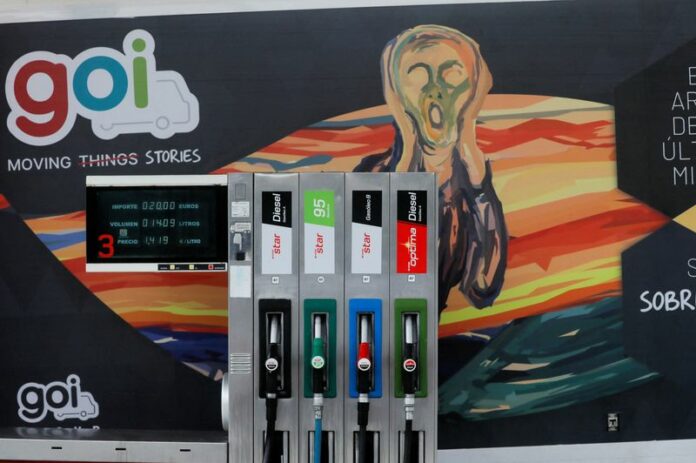 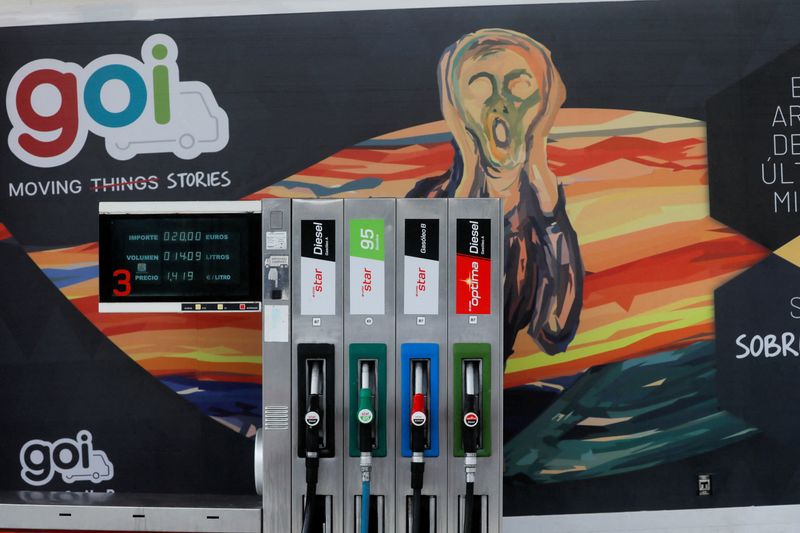 LONDON (Reuters) -Already less transitory than forecast, central bankers’ inflation headache may be about to become more acute as they face the prospect of $100-plus oil that lifts consumers’ price expectations and intensifies simmering wage hike pressures.

Brent crude futures, which soared 50% in 2021, are up a further 14% already in 2022 at seven-year highs of $89 a barrel. With production capacity tight, inventories low and geopolitics racking several producing regions, oil is hurtling towards $100, a level Goldman Sachs (NYSE:GS) predicts will be breached by mid-year.

It is possible the net impact of a $12 price rise from here would not be massive, as headline inflation rates already reflect jumps in energy prices from a year ago. Economies, especially in the West, are meanwhile far less energy intensive https://www.reuters.com/business/energy/why-todays-economy-can-handle-oil-100-barrel-or-higher-2021-10-21 than even a decade ago.

Rate hikes in countries including Britain and Norway, and hints from central banks such as the U.S. Federal Reserve, which may signal next week how fast it plans to tighten policy, have checked inflation expectations from tracking oil prices higher.

But policymakers had reckoned on base effects kicking in as the 2021 oil surge abated, tempering year-on-year inflation.

Many also argue the psychological impact of $100 oil cannot be understated, especially as consumers, businesses and politicians fret over inflation at multi-decade or record highs; the latest U.S. consumer price reading was 7%, a 40 year-peak.

“It could be the cherry on the inflation cake if we don’t get a moderation in energy prices,” said Frederik Ducrozet, a strategist at Pictet Wealth Management.

“This time it’s a bit different because we’re already at a point where the risks are tilted up and central banks are worried about a wage-price spiral since energy prices contribute to second-round effects.”

Citi’s inflation surprise indexes have hit record or multi-year peaks in Europe and elsewhere, indicating readings have come in higher than expected.

If oil does hit $100 and stays there, it will throw into disarray policymakers’ calculations — European Central Bank projections for example assume Brent at $77.5 in 2022, declining to $69.4 by 2024.

Crucially, it could also induce businesses to pass costs to consumers, or workers to demand higher wages. These so-called second-round effects can cause a broader inflationary spiral that pressures central banks to act.

The effects differ from country to country but in the euro area, a 10% rise in oil adds roughly 0.5% to inflation, though direct effects tend to fade quickly.

For the United States, a paper published in November on the CESifo research network by two Dallas Fed researchers estimated that a $100 oil scenario would raise the year-over-year PCE inflation gauge by 1.8 percentage points (pp) at the end of 2021, and 0.4 pp by end-2022.

The core personal consumption expenditures index, the Fed’s preferred inflation measure, would rise by 0.4 pp and 0.3 pp in 2021 and 2022, respectively. That would see one-year household inflation expectations rise 1.2 pp but add just 0.2 pp to five-year expectations, the study said.

For some, the second round effects are here already, with the U.S. economy near maximum employment and average hourly wages jumping a solid 0.6% in December. Britain, where job creation has hit records, is mulling minimum wage increases to ease the fuel bills pain.

Anticipating calls for tighter policy within the ECB, money markets are betting that rates will rise later this year. The ECB’s Isabel Schnabel said recently rising energy prices could force the bank to stop “looking through” high inflation and act to temper price growth.

Massimiliano Castelli, head of strategy, Global Sovereign Markets at UBS Asset Management, expects oil to stay in a range of $60-$80 a barrel.

“If we see that inflation is consolidating, on levels that are higher than current official forecasts, then all central banks might be forced to embrace more conservative approaches, including the ECB,” said Antonio Cavarero, head of investments at Generali (MI:GASI) Insurance Asset Management. “But this is still to be seen.”