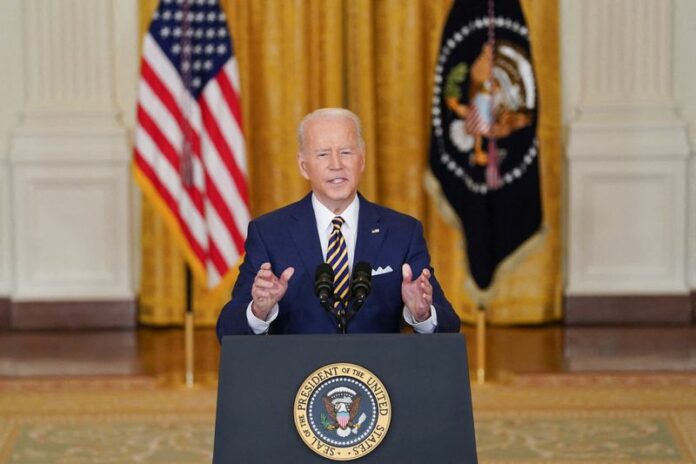 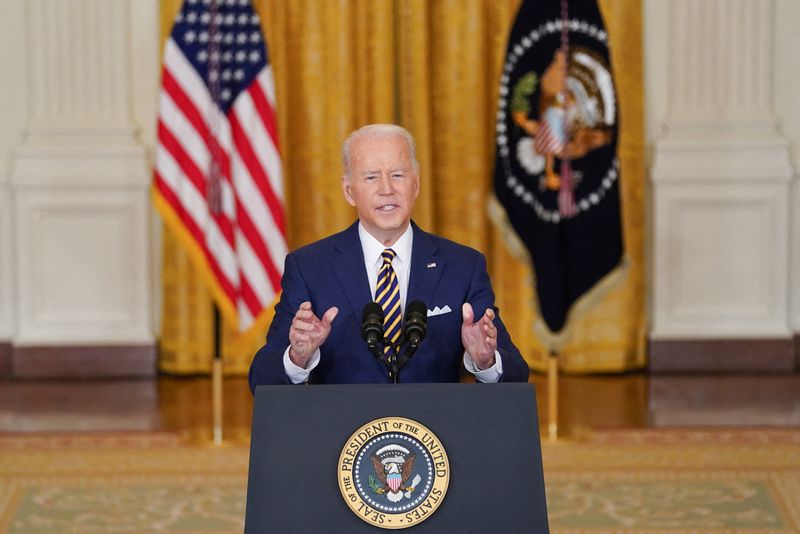 WASHINGTON (Reuters) -U.S. President Joe Biden said on Wednesday that he needs to break up his signature $1.7 trillion Build Back Better legislation, passing a large chunk now and other measures later in the year.

Biden made a big push in December to win passage in Congress of the spending bill. It would provide billions of dollars to tackle climate change along with money for universal preschool, paid family leave and other social safety nets. Higher taxes on big companies and wealthy Americans would cover the cost.

However, U.S. Senator Joe Manchin, a conservative Democrat from West Virginia, pulled his support in December after citing concerns about the deficit and inflation. Biden says he now must consider a pared down spending bill to get Manchin’s support.

“I think we can break the package up, get as much as we can now, and come back and fight for the rest later,” Biden said at a news conference.

Biden said he would likely have to remove provisions for free community college and a child tax credit to get the initial bill passed.

Paring down the bill might get Manchin’s support, but it will likely anger the progressive wing of the party that is needed for passage.

Biden said it was clear that there was support for climate change provisions, such as production tax credits for a range of industries, and Manchin supported early childhood education.

With all 50 Republicans in the 100-seat Senate opposed to the spending bill, the White House has to win over Manchin and any other Democratic holdouts. If it succeeds, Democratic Vice President Kamala Harris could cast a tie-breaking vote.

Manchin indicated earlier this month that he supported $555 billion in climate spending, including production tax credits for solar and wind industries, which are seen as vital to ensure the United States reaches its 2030 emissions reduction goals.