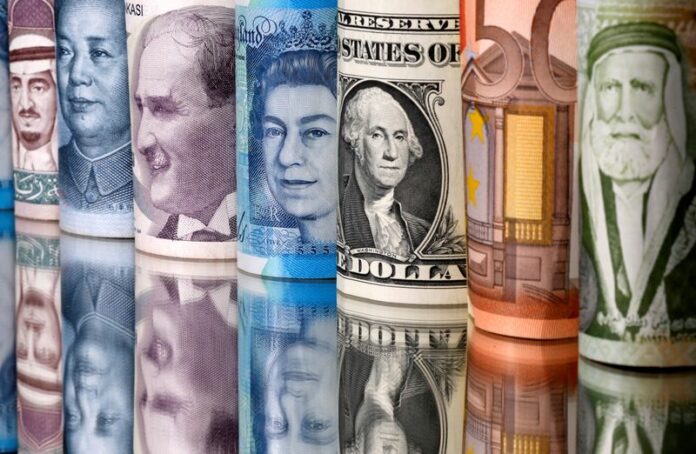 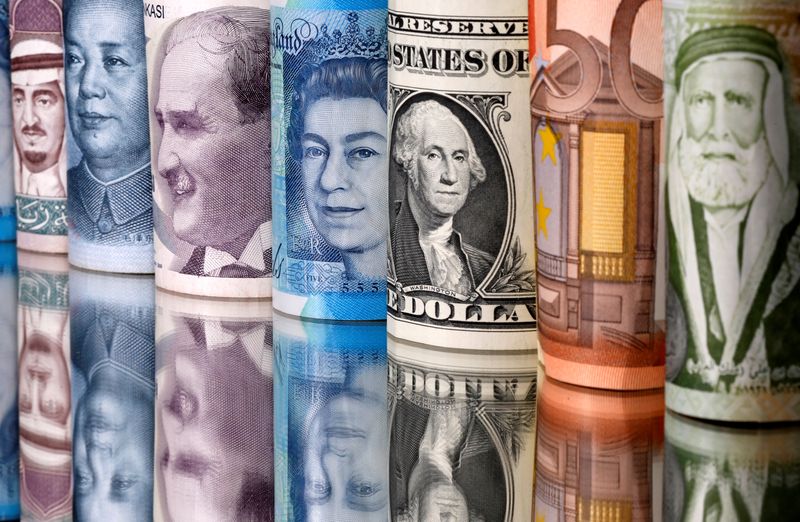 LONDON (Reuters) – The dollar dipped on Thursday as this week’s rally in U.S. Treasury yields paused, and commodity-linked currencies such as the Canadian and Australian dollars gained amid rises in commodity prices and optimism about global economic growth.

The euro and sterling rose, gradually regaining some ground after suffering their worst days in a month on Tuesday, when the dollar was lifted by a jump in U.S. Treasury yields.

This left the dollar index, which measures the greenback against six major peers, at 95.428, 0.2% lower on the session.

The dollar has rallied in recent sessions although it has not performed as well as expected given the dramatic rise in expectations for the U.S. Federal Reserve to begin hiking interest rates as early as March to curb soaring inflation.

The gains come as traders prepare for the United States to tighten monetary policy at a faster pace than previously thought. Fed funds futures have fully priced in a rate hike in March and four in all for 2022.

Elsewhere, a combination of higher commodity prices and expectations for tighter policy supported the Aussie and the Loonie.

The Aussie firmed 0.3%, extending advances from the previous day, and the Canadian dollar was heading back towards the 10-week high it touched on Wednesday, with one U.S. dollar worth C$1.2489.

“The latest Australian employment report provided further clear evidence that labour market conditions continue to tighten, and have reinforced expectations that the RBA (Reserve Bank of Australia) will decide to bring an immediate end to the QE (quantitative easing) programme at their next policy meeting on 1st February,” said MUFG analyst Lee Hardman.

Hardman noted that the Canadian dollar has been the best performing G10 currency in 2022, attributing that to a sharp rebound in oil prices — which have hit seven-year highs — and speculation the Bank of Canada will soon start to hike rates.

The Norwegian crown, another currency linked to the price of oil, also performed well, rising 0.2% against both the euro and the dollar.

“Overnight commodity prices were the big driver for commodity currencies, but you’ve still got the undertone that (COVID-19 variant) Omicron is not going to have a lasting detrimental impact on the global economic outlook,” said Kim Mundy, senior economist and currency strategist at Commonwealth Bank of Australia (OTC:CMWAY).