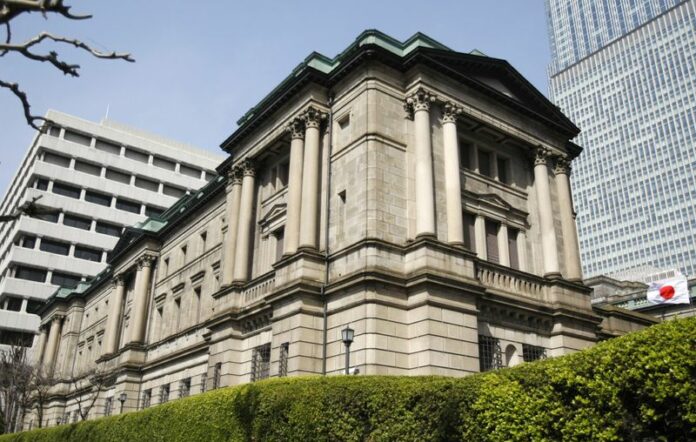 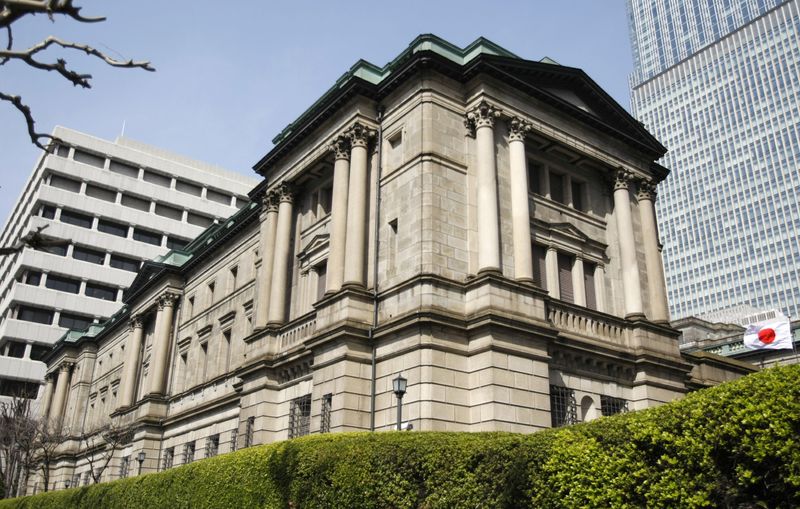 TOKYO (Reuters) – Japan’s central bank said on Wednesday it must be mindful of the risk of inflation overshooting, as a member of a government policy panel suggested price pressures might prompt the bank to consider an exit from its ultra-loose monetary stance.

Takeshi Niinami, head of beverage group Suntory Holdings, said global inflationary trends and currency moves could affect the way prices change in Japan, according to minutes of a meeting of the Council on Economic and Fiscal Policy published on Wednesday.

“If so, there’s a chance Japan may need to think about an exit from quantitative easing and zero interest rates down the road,” Niinami was quoted as saying at the meeting, which took place on Friday.

The Bank of Japan (BOJ) nudged up its inflation forecasts on Tuesday but said it was in no rush to exit its ultra-loose policy, arguing that cost-push inflation would not be sustained unless accompanied by steady wage hikes.

In a report released on Wednesday, the central bank said that, while the pass-through of rising raw material costs had so far been focused on food products “there is also a possibility that (these)… cost increases will be passed on to the consumer price index (CPI) more than expected.”

The set of comments highlight the growing attention that rising inflation is drawing among policymakers and business leaders in Japan, a country that had long been mired in deflation.

While consumer inflation is well still below 1%, some analysts expect rising global commodity costs and the boost to import prices from a weak yen to push up inflation near the BOJ’s 2% target in coming months.

Niinami also warned that any rise in borrowing costs would hit small and midsize firms saddled with excess debt, and affect the government’s debt management plan, according to Wednesday’s minutes.

He is one of several private-sector members of the policy panel, which also includes cabinet ministers and the BOJ governor.