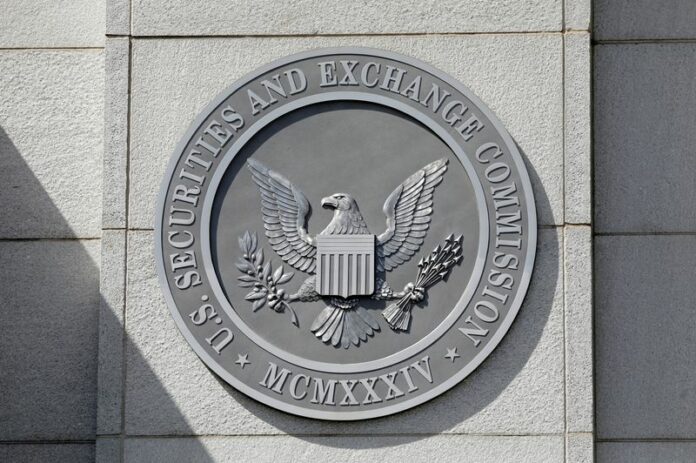 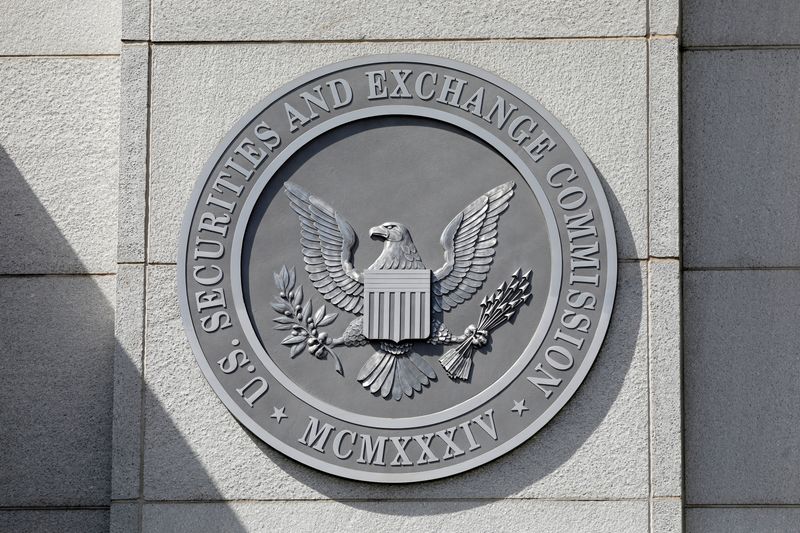 © Reuters. FILE PHOTO: The seal of the U.S. Securities and Exchange Commission (SEC) is seen at their headquarters in Washington, D.C., U.S., May 12, 2021. REUTERS/Andrew Kelly/File Photo

WASHINGTON (Reuters) – The U.S. Securities and Exchange Commission (SEC) will vote next week to propose boosting hedge fund disclosures in a bid to enhance industry oversight and investor protections, the agency’s chair said on Wednesday.

Gary Gensler told reporters that the SEC will vote to propose rule changes to the Form Private Fund (PF) which many hedge funds and other private funds file quarterly detailing their purchases and sales of securities.

While Gensler did not detail the proposed changes, he has previously said the SEC was exploring increasing the frequency and details of such disclosures.

Form PF is mandated by the 2010 Dodd-Frank financial reform law and is also used by the Financial Stability Oversight Council to monitor risks to the U.S. financial system.

However, critics say the forms do not provide sufficient information and that hedge funds are able to operate with too little transparency. The sector drew fresh scrutiny after hedge fund de-leveraging contributed toward turmoil in the U.S. Treasuries market in March 2020 and hedge funds were again at the center of last year’s GameStop (NYSE:GME) “meme-stock” saga.

Gensler added on Wednesday that the agency would also next week propose new rules to boost corporate pay disclosures – specifically the pay versus performance metrics of its workforce – and increase transparency in the trading of U.S. Treasuries.