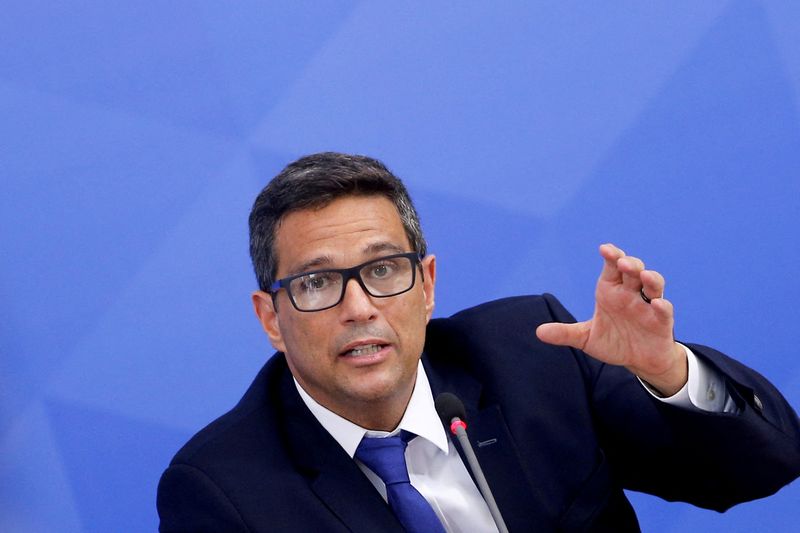 BRASILIA (Reuters) – Brazil’s central bank chief Roberto Campos Neto said on Thursday the Omicron variant of the coronavirus has not yet had a major impact on the country’s economy and was not expected to because the government has not placed restrictions on mobility.

When asked about his views on Omicron’s impact on the Brazilian economy, Campos Neto cautioned that cases are likely still being underreported in Brazil, but he added that unlike earlier in the pandemic, officials have not implemented mobility restrictions – allowing businesses to stay open.

“Because mobility is not suffering as much, there is a tendency to believe that you are not going to have much of an impact, or at least less of an impact on the economy,” he said.

Addressing an online conference hosted by Santander (MC:SAN) bank, he said China by contrast has adopted a severe policy to contain the new variant and the biggest concern regarding Omicron would be a supply disruption there affecting the global economy.

“When you look at things that are being shipped out of China, you start to see some impact. It is probably too soon to say, but if you do have a supply disruption from China, it is going to impact everyone,” Campos Neto said.

Brazil had been hard hit by initial waves of COVID-19, and now new cases are surging to daily records fuelled by the spread of Omicron. The spread of the virus has been filling hospitals again, though the variant appears to be less likely to cause severe disease than earlier ones.

Brazil has the world’s third highest death toll from COVID-19 after the United States and Russia, according to Reuters calculations.

Campos Neto has ran an aggressive monetary tightening policy amid double digit inflation in Brazil. The central bank more than quadrupled its benchmark rate last year to 9.25% in December from 2% in March and has already signaled another 150 basis point hike in February.

He said inflation in the services sector “is a reason for us to worry,” and is being closely watched by policymakers.

The market foresees a 5.09% rise in inflation in 2022, well above the government’s 3.5% target, according to the central bank’s latest weekly FOCUS survey of around 100 economists.