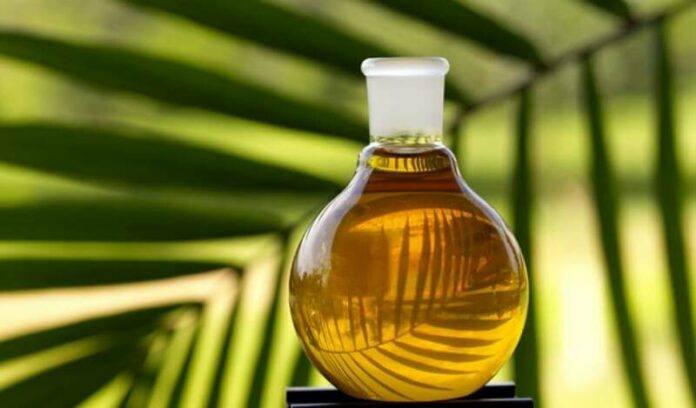 SINGAPORE: Palm oil looks shaky around a previous high of 5,220 ringgit per tonne. It may test a support at 5,174 ringgit.

The contract has broken a former resistance at 5,174 ringgit, the 100% projection level of an uptrend from 4,672 ringgit. It is supposed to extend gains to 5,366 ringgit.

Palm oil could have been riding on a wave 5, the fifth wave of a five-wave cycle from 4,291 ringgit.

It is generally hard to pinpoint the peak of the fifth wave.

The current part of this wave is being shaped into a small rising wedge, which is yet to be confirmed. However, it looks like a top pattern, to be followed by a deep drop.

On the daily chart, even though the contract has broken a strong resistance at 5,170 ringgit, the 261.8% projection level of an upward wave (C) from 1,939 ringgit.

It is doubtful whether there will be a further gain, as the rise from the Dec. 16, 2021 low of 4,245 ringgit looks too linear to sustain.

A decent correction has been missing, except the one on Wednesday which was due to a contract switch.

The former high of 5,220 ringgit may trigger such a correction.

A close below 5,170 ringgit on Friday could suggest that the break above this level was false. A bearish target of 5,024 ringgit will be established.

Each reader should consult his or her own professional or other advisers for business, financial or legal advice regarding the products mentioned in the analyses.