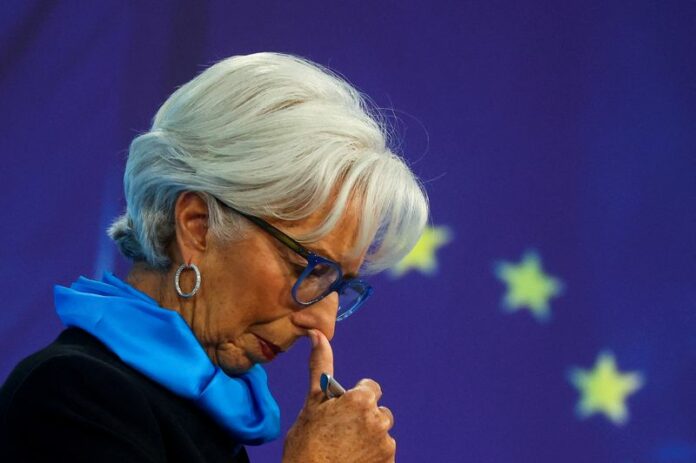 Prepare for big central banks moving out of step: policymakers 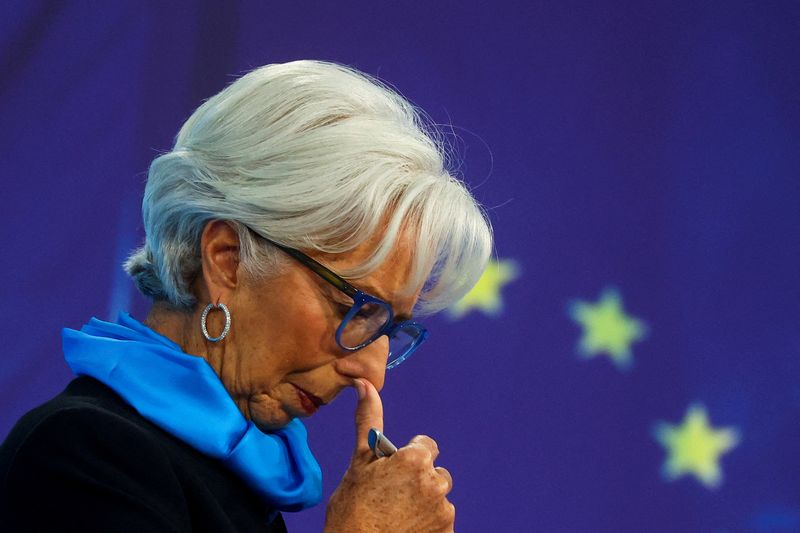 (Reuters) – The world’s biggest central banks, moving in tandem at the height of the pandemic, are set to tighten policy at vastly different speeds, likely increasing economic and market volatility this year, top policymakers said on Friday.

Central banks unleashed unprecedented stimulus in recent years to prop up growth but excessive cash has now pushed inflation to multi-decade highs around much of the world, raising fears that policymakers are falling behind the curve.

The U.S. Federal Reserve is likely to lead the way, hiking rates possibly as soon as next week, while the Bank of Japan, sitting at the other end of the spectrum, is likely to keep policy exceptionally loose for years to come.

“That could throw cold water on what for some countries is already a weak recovery,” she told a World Economic Forum panel, adding that countries with high dollar debt should refinance now.

Indeed, expectations for quicker Fed action have already pushed up borrowing costs across the world and the yield for 10-year German bonds briefly moved into positive territory this week for the first since early 2019.

Georgieva said containing the pandemic and boosting vaccination rates was imperative to address the widening gap between rich and poor countries, and to secure future growth for all. “The world must spend the billions necessary to contain COVID in order to gain trillions in output,” she said.

The problem with inflation is that its rates now vastly differ around the world, leading to varying degree of social and political tension as the price of everyday consumer goods from food to fuels, soar.

U.S. inflation is now at 7.0%, the highest rate since 1982, and looks to be stubborn, leading to policymakers there giving up on the idea that the spike is transitory. Meanwhile, in the euro zone, price growth is at 5.0% but seen back below 2% by the end of the year while in Japan, the rate is just 0.6%.

The big difference is that the U.S. recovery is well advanced, leading to the sort of wage surge and labour market stress others are not yet experiencing.

“When I look at the labour market, we are not experiencing anything like the great resignation and our employment participation numbers are getting close to the pre-pandemic level,” European Central Bank President Christine Lagarde told the online panel.

“If only those two factors, if you look at them carefully, are clearly indicating that we are not moving at the same speed and we are unlikely to experience the same kind of inflation increases that the U.S. market has faced,” she added.

Still, the ECB has also started moving away from its exceptionally easy policy and plans to continue cutting asset purchases throughout the year, Lagarde added.

Meanwhile Bank of Japan Governor Haruhiko Kuroda said his bank is not even contemplating a move in that direction just yet.

“We’re not afraid of inflation because inflation (in Japan) is so low,” Kuroda said. “Unlike in the U.S. or Europe, we have to continue our extremely accommodative, easy monetary policy for the time being.”