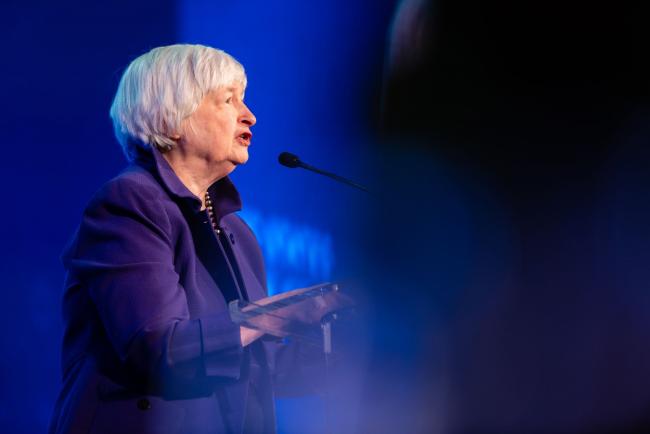 While acknowledging that price rises represent “a valid policy concern,” Yellen said on Friday that “it’s important to note that professional forecasters think that inflation will substantially abate next year.” She made the remarks in a speech delivered by video to the World Economic Forum’s Virtual Davos Agenda.

She also called the U.S. labor market “exceptionally strong” and called forecasts for 3.3% growth in 2022 a “stunning economic and policy achievement.”

The Treasury secretary’s remarks contrast with widespread public sentiment in the U.S. that the economy is on the wrong track, amid worries that high inflation will continue to erode the buying power of households.

While growth and employment has bounced back strongly from the collapse in early 2020 at the outset of the coronavirus pandemic, inflation has roared to an almost 40-year peak.

Consumer prices rose 7% in 2021, their biggest 12-month jump since 1982, driven by supply constraints connected to the pandemic and government stimulus meant to support families and businesses through the economic fallout.

President Joe Biden has seen his approval ratings tumble amid public dissatisfaction with the state of the economy. A recent CBS News poll showed his rating for handling the economy was at 38%, with two-thirds of Americans thinking the president isn’t focused enough on the burden of inflation. Meantime, the University of Michigan consumer sentiment index in November hit the lowest in almost a decade.