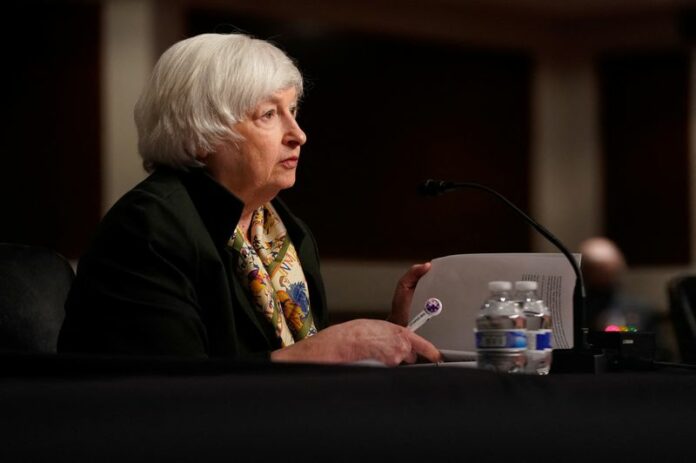 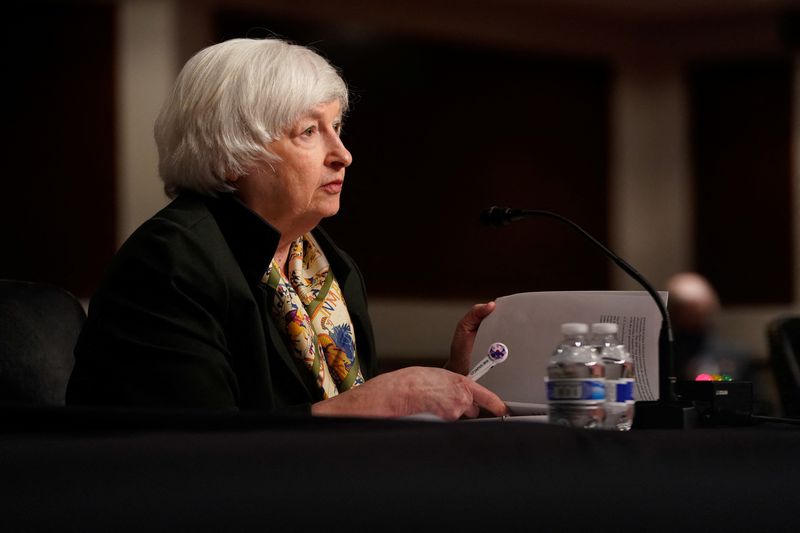 WASHINGTON (Reuters) -U.S. Treasury Secretary Janet Yellen on Friday said two years of universal early childhood education and an expanded income tax credit were critical components of the $1.7 trillion Build Back Better plan that is still being negotiated with Congress.

U.S. President Joe Biden this week said he needs to break up the signature legislation, passing a large chunk now and other measures later in the year, after running into opposition from fellow Democrats, Senators Joe Manchin and Kyrsten Sinema.

Biden on Wednesday https://www.reuters.com/world/us/biden-says-he-will-look-pass-build-back-better-elements-piecemeal-2022-01-19 cited strong support for the bill’s $555 billion in climate change spending and noted that Manchin supported early childhood education, but conceded that plans to fund two years of free community college and a child tax credit would likely be dropped to ensure passage.

Yellen said final details were still being worked out with lawmakers, but singled out as “core” Biden’s proposals to provide two years of universal pre-kindergarten, expand elder care, cap childcare expenditures for most families at 7% of their income, and expand the Earned-Income Tax Credit.

Those measures would bolster economic security for households and boost economic growth, while incentivizing lower-income workers to seek employment, Yellen told an event hosted by the World Economic Forum, omitting any mention of the expanded child tax credit payments favored by progressive and moderate Democrats, but opposed by Manchin.

Yellen’s remarks at a virtual event hosted by the World Economic Forum revealed the emerging framework for a slimmed-down version https://www.reuters.com/world/us/how-white-house-hopes-save-bidens-spending-bill-2022-01-18 of Biden’s initial Build Back Better plan.

She said the social spending would help reverse the ongoing decline in U.S. labor force participation, which has been dragged lower by early retirements and some younger and middle-aged workers staying out.

Biden made a big push in December to win passage in Congress of the spending bill, with higher taxes on big companies and wealthy Americans slated to cover the cost.

But the bill’s progress was stymied when Manchin, a conservative Democrat from West Virginia, pulled his support in December after citing concerns about the deficit and inflation.

With all 50 Republicans in the 100-seat Senate opposed to the spending bill, the White House has to win over Manchin and any other Democratic holdouts. If it succeeds, Democratic Vice President Kamala Harris could cast a tie-breaking vote.

Manchin indicated earlier this month that he supported $555 billion in climate spending, including production tax credits for solar and wind industries, which are seen as vital to ensure the United States reaches its 2030 emissions reduction goals.