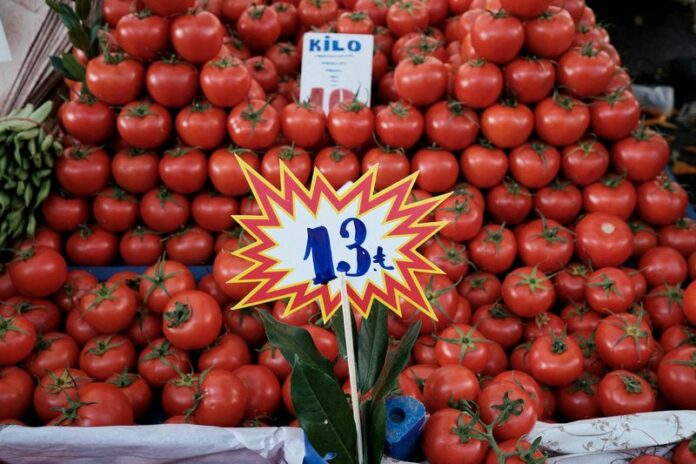 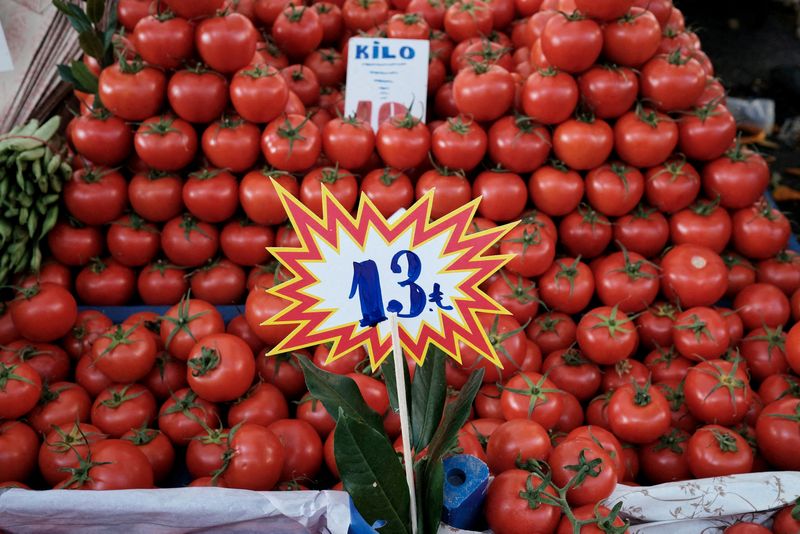 By Marc Jones and Rodrigo Campos

But as the examples below show, past attempts to rein in soaring prices without hiking borrowing costs have often ended badly.

Turkey has spent years slashing rates only to hike again when the lira collapses, stoking inflation.

It has dabbled with measures including FX restrictions, but this time President Tayyip Erdogan is going all-in by offering to compensate lira savers from the public purse if currency losses exceed bank account interest rates.

That could prove costly, and put at risk a main draw for foreign investors – Turkey’s relatively low government debt.

“What the Turks are trying, honestly – I have never seen anything like it before,” said AXA’s chief economist Gilles Moec. Graphic: Turkey inflation seen hitting 55% by mid-year&nbsp, https://graphics.reuters.com/TURKEY-INFLATION/lgvdwjjwepo/chart.png

A lack of trust in economic institutions – and the peso – has plagued Argentina for decades.

Efforts by right- and left-wing governments to rein in galloping inflation have seen price freezes on many products and capital controls.

Argentines often prefer to do business in dollars but limited access to the U.S. currency has created a huge gap between official and black market exchange rates.

The central bank recently raised interest rates to 40% from 38%. But the “real” rate, taking inflation into account, remains deeply negative.

Hard-left governments have tried virtually everything over two decades, from fixing prices in 2007 to offering cut-price dollars – a policy quickly reversed due to frenzied demand.

Venezuela defaulted in 2017 and money-printing to cover the budget deficit caused hyperinflation which reached 65,000% in 2018. The IMF sees inflation at 2,000% this year.

President Nicholas Maduro eased some price controls in 2019 and lifted a ban on foreign currency transactions. Official and unofficial exchange rates were brought into line but the bolivar plunged 8,000% and Venezuela’s debt-to-GDP ratio soared to 500%.

But the Inter-American Development Bank and others have warned that such ‘dollarisation’ leaves those unable to obtain dollars with little access to basic goods, including food.

The ‘Real Plan’ of 1994 brought things under control, establishing a new currency, hiking rates and slashing spending. Since 1997, inflation has been in single digits every year but one.

Poland’s “anti-inflation shield 2.0” includes temporary cuts in value-added tax (VAT) on fuel, food and fertilisers to offset annual price growth that could hit double digits for the first time since 2000.

Graphic: Highest inflation in Poland since 2000, https://fingfx.thomsonreuters.com/gfx/mkt/jnpwejryqpw/Pasted%20image%201642196716841.png CONGO AND ZIMBABWE

Prices in Democratic Republic of Congo rose by a cumulative 6.3 billion percent in first half of the 1990s as budget deficits were financed with rampant money-printing.

Monetary and fiscal policy restraint and a floating exchange rate system brought hyperinflation under control in 2001.

Zimbabwe printed so much money — including a Z$100 trillion banknote — that its inflation rate hit 500 billion percent in 2008, rendering the currency almost worthless.

By late 2008 Zimbabweans were using U.S. dollars for transactions and in 2009 a multicurrency system also including South Africa’s rand was introduced.

A new Zimbabwe dollar was launched in 2019 but Harare was forced to return to the multicurrency set-up when COVID-19 struck in 2020, pushing inflation to an IMF-reported 349%.

Hyperinflation during the French Revolution saw monthly price rises peak at 143%. The 1793 “Law of the General Maximum” responded with price limits and the death penalty for price ‘gouging’.

Historians say it was mostly a failure, as traders forced to sell at below cost price turned to the black market or kept goods for themselves, resulting in major shortages.

Dollar bank deposits were converted into pesos and a moratorium declared on debt payments. By year-end, all trade became regulated, full capital controls were adopted and banks were nationalised.

In 1994 the peso crisis — which spread to other emerging economies — forced a free float that saw the currency dive in value. Mexico’s banking sector collapsed and the country needed a $50 billion international bailout to avoid default.

Many countries turned to price controls after the Bretton Woods system of fixed exchange rates collapsed in 1971 and the 1973 oil crisis triggered a worldwide surge in inflation.

After withdrawing from Bretton Woods, the United States imposed a 90-day freeze on prices and wages for the first time since World War Two.

It was considered a political success but turned into economic failure, ushering in stagflation and currency instability. The dollar plunged by a third during the 1970s.

France also brought in price controls, as did Britain where inflation neared 25%. The unpopular policy helped trigger labour strikes that marked the 1978-79 “Winter of Discontent”.

Inflation receded in the early 1980s after interest rate hikes and an easing in oil prices.