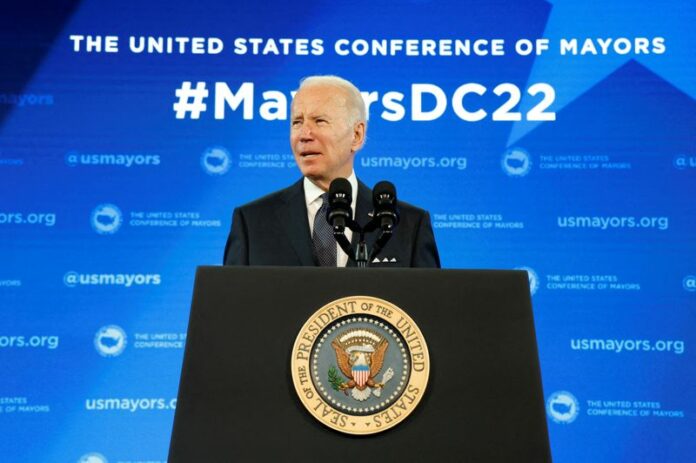 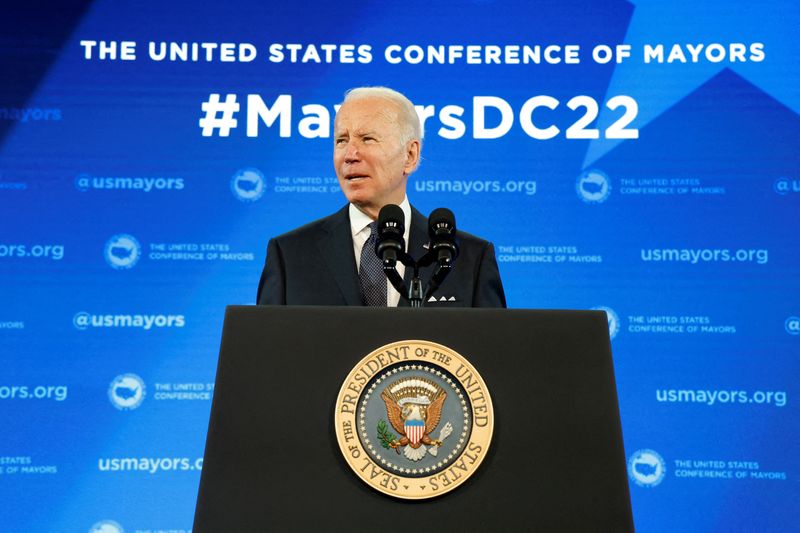 WASHINGTON (Reuters) – President Joe Biden called on U.S. mayors on Friday to use more of their state and local COVID-19 aid funds to boost worker training and pay child care workers, moves that could increase the supply of workers and reduce income inequality.

Biden said in remarks to the United States Conference of Mayors to use American Rescue Plan resources to “build for a better future around the people who make communities run.”

“Use your funds to cover child care costs, or temporary paid leave to help certain workers dealing with Omicron,” Biden said. “Build pathways to better jobs, through union-based apprenticeships, on-the-job training. To give people in every ZIP code a chance to deal for themselves.”

The call comes as Biden’s administration is shifting the way it promotes its economic agenda, casting its “Build Back Better” social and climate spending plan as a way to boost the economy’s productive capacity, by increasing available labor and productivity — blunting criticism from Republicans that it would increase inflationary pressures.

The Biden administration is facing pressure to control inflation, which soared by 7% last year, the biggest annual increase in nearly 40 years https://www.reuters.com/world/us/us-consumer-prices-increase-strongly-december-2022-01-12 as demand for goods and housing outstripped supply, a phenomenon which economists attribute partly to a lack of qualified workers.

“This bill would reduce inflationary pressures on the economy — not increase it, reduce it,” Biden said.

Cities have wide-ranging ability to use money from the $350 billion State and Local Fiscal Relief Fund, which was approved in last year’s American Rescue Plan COVID-19 aid legislation.

The Treasury Department earlier this month issued final rules for the program that allow greater flexibility for use of the funds on programs such as early childhood education, child care and affordable housing.