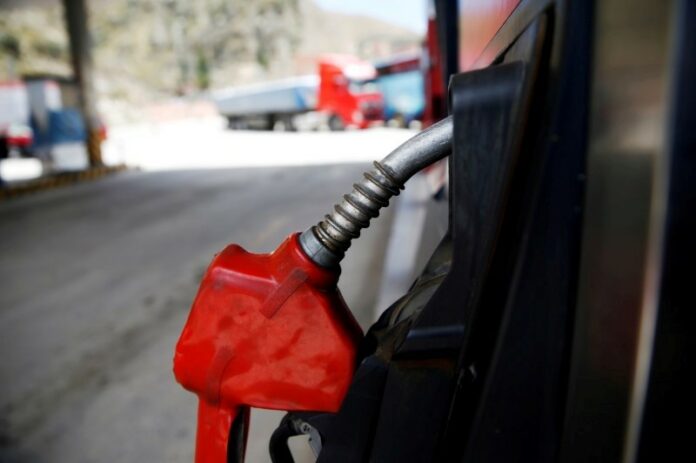 Investing.com — Last weekend, I wrote about how irrational exuberance unduly escalates asset values, taking a page from the 1990s speech of Federal Reserve legend Alan Greenspan, to shine a light on the oil market which racked up double-digit gains in the first two weeks of the year on more hype than fact.

Since then, U.S. stocks have plunged at a rate that could make January the worst month since the October 2008 height of the financial crisis. Crude prices did fall as much as 5% initially on Friday in sympathy with Wall Street, but pulled back later to end the day just 1% lower and up for a fifth straight week. Aside from Greenspan, I was reminded this week of the wisdom of John Maynard Keynes who said, “Markets can remain irrational longer than you can remain solvent”. We shall just have to see how long the irrationality lasts with oil.

This week, we shall review the moves in gold, which seem a little too rational for the liking of longs in the precious metal. To me, that’s good because gains built over time are likely to stick more than the lightning spikes achieved at the pinnacle of market exuberance.

In what some are already calling “The Year of the Great Inflation”, gold could just be the asset to shield investors from price pressures growing at their fastest pace in four decades and to give investment portfolios that little extra shine.

But do not expect its moves to be commensurate with inflation.

If anything, gold in 2022 will likely gain by moving two steps forward and one back, much like how it has behaved since the start of January.

In motion picture analogy, think of a slow-mo clip instead of a blazing trailer. That will characterize gold’s moves these days compared with recent years.

Anyone buying the yellow metal as an inflation hedge and expecting a rerun of the pace that took it to record highs two years ago might be disappointed, to say the least.

Gold’s moves in 2022 seem almost pedestrian when compared with the lightning pace at which it often fell last year, ending down 3.6% for its first annual dip in three years, and the sharpest slump since 2015.

The difference is even more dramatic when compared with 2020. That was gold’s most glorious year in a decade when it went from a March low of $1,485 an ounce to an all-time high of just over $2,121 by August. It, of course, gave back a portion of those gains later, with stunning drops over three months before another bumper gain in December.

Gold’s progress may seem “unexciting” now but it stands out for one thing: the ability to stay in the $1,800 territory, despite pressure from the two-year highs in U.S. Treasury yields and the accompanying rally at times in the dollar – both of which act as “twin evils” to gold.

The yellow metal has shown resilience despite expectations that the U.S. Federal Reserve will embark on a series of interest rate hikes this year to combat 40-year highs in inflation, which grew by 7% in the year to December, according to the Consumer Price Index. Rate hikes are typically beneficial to the dollar and negative to gold.

For six previous weeks, since early November, the $1,830 level was almost like an impregnable fortress to gold bulls.

Will it reach those points faster or continue crawling toward them?

Sunil Kumar Dixit, chief technical strategist of SKCharting.com, said the price action over the week showed strong momentum for gold to surpass the $1,830-$1,835 wall to test the $1,848 level, supported by bullish stochastic signals on the daily, weekly and monthly charts.

Gold’s Relative Strength Index was also positioned on the stronger side, he said.

“In the week ahead, we can expect a sideways distribution of momentum with bearish consolidation, as a bearish reversal top is spotted on the daily chart. That won’t change the main trend but it may start a short-term correction toward the 38.2% Fibonacci level of $1,825 and the daily middle Bollinger Band of $1816.”

Importantly, Dixit said, a weekly close above $1,825 is critical for gold to maintain uptrend as failure will extend correction to 50% Fibonacci level of $1797.

Crude prices notched a fifth straight weekly win after a preliminary plunge that was alleviated before the close, as longs bought the dip.

The dive earlier in the day was triggered by worries about U.S. gasoline inventories piled up over the past three weeks and Wall Street’s worst weekly rout since the coronavirus pandemic. To some, it was a sign that prices closer to $90 a barrel may ultimately create more headwinds for crude, though the majority of oil longs seemed determined to push ahead with the rally.

Crude is already running into resistance on its way to $90 and losing momentum, noted Craig Elam, analyst at online trading platform OANDA. “It’s a big psychological barrier as once that goes, people are just counting down the days until we have triple-figure oil,” he said, referring to forecasts for $100 a barrel. “It’s a big deal.”

U.S. gasoline stocks rose almost 6 million barrels last week and ballooned by a record 24 million barrels over a three-week period amid seasonally-weak demand that contrasts with the rally in global oil prices, data from the Energy Information Administration showed Thursday.

The data suggests that demand for gasoline, America’s preeminent fuel product, has cratered since the end of holiday travels for the 2021 year-end.

U.S. refiners also appear to be turning a surfeit of crude into gasoline while the Omicron variant of the coronavirus was reducing some of the regular driving, work-commuting and other activities that required fuels.

U.S. crude oil itself saw a stockpile rise for the first time in eight weeks, rising 515,000 barrels last week, after a 4.55 million decline the previous week. Crude stockpiles are down by just around 6 million barrels over the past three weeks, explaining only partly the current balance of gasoline in the market.

U.S. inventories of oil distillates, which are refined into diesel for trucks, buses, trains and ships as well as fuel for jets, meanwhile fell by 1.431 million barrels last week after an increase of 2.54 million the previous week.

Wall Street saw its worst hammering this week since the Covid outbreak of March 2020 as investors tried to bring down across-the-board valuations of stock prices bloated during the two-year pandemic. The selloff was also triggered by fears of the first impending pandemic-era rate hike by the Federal Reserve, battling to fight inflation that is running at 40-year highs.

London-traded Brent, the global benchmark for oil, settled down 49 cents, or about 0.6% lower, at $87.89 per barrel. Brent remained up 2% for the week, and around 20% higher too over the past five weeks, after hitting a seven-year high of $89.48 on Thursday.

Dixit of SK Charting noted that WTI broke through the multi-year high of $85.40 and tested $87, a peak not seen since November 2014, before profit-booking by retail traders for a weekly settlement of $85.14.

“Going into the week ahead, we may see some cooling off in the heated momentum and price correction towards $82, and the extended correction may reach the horizontal support areas of $80 and $78 and the weekly middle Bollinger Band of $76.50,” said Dixit.

Otherwise, continued strength and consolidation above $85.50 could prompt WTI to retest $87, extending gains toward $89 and the much-awaited $90 psychological handle, he said.

Disclaimer: Barani Krishnan does not hold a position in the commodities and securities he writes about.