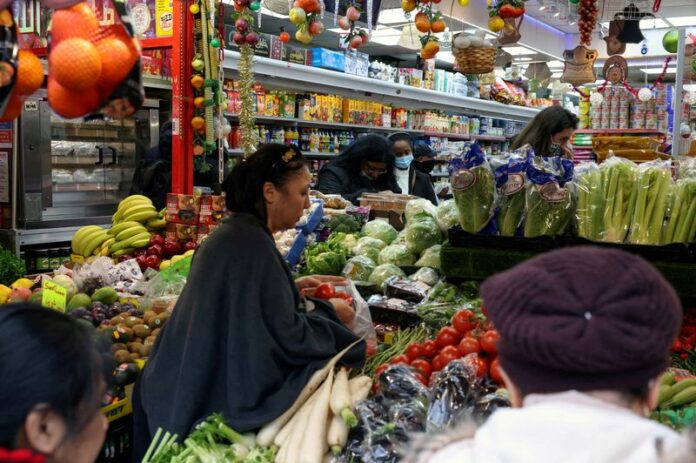 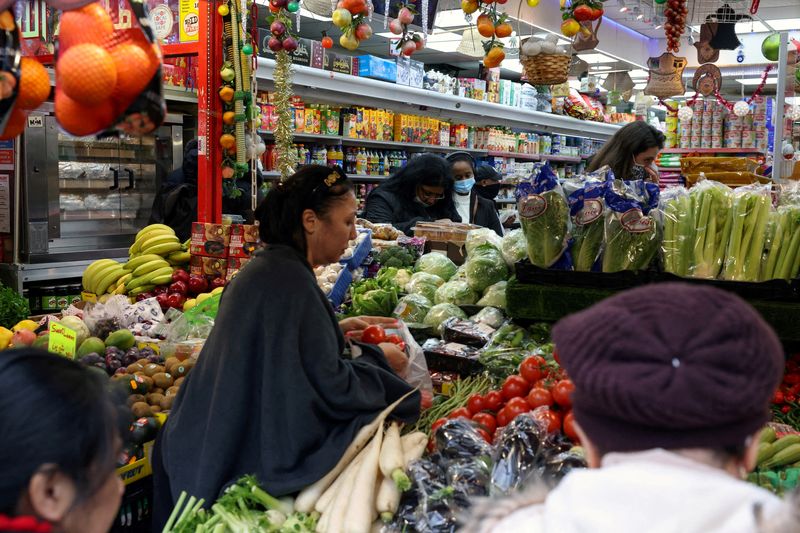 (Reuters) – Inflation is front and centre: Markets will look to the U.S. Federal Reserve for hints on when and how much it may tighten policy to combat inflation at 40-year highs, whether CPI data forces Australia to admit the need for earlier rate rises, and what PMIs say about spiralling service sector costs.

Earnings too showcase companies’ wage cost pressures. And finally – politics will complicate the picture with Russia, Ukraine and Italy all in the frame.

If markets have it right, the Fed’s Jan.25-26 meeting will be the last one before interest rates lift off.

Roughly four rate hikes are priced for this year, starting in March, but the rates outlook aside, markets will listen for what the Fed says about its $8-plus trillion balance sheet.

December meeting minutes showed lengthy discussions about reducing bond holdings. Fed Chairman Jerome Powell said the balance sheet could be shrunk faster than in the past.

A Reuters poll predicts the Fed to start trimming its balance sheet by end-September, though some reckon it may happen sooner and faster than flagged. Hawkish signals could extend the selloff in Treasuries and tech shares.

Meanwhile, the Bank of Canada isn’t waiting around for its neighbour and could commence raising rates on Wednesday.

Could 2022 could be the year European equities break a six-year run of underperformance against U.S. peers?

The old continent is home to an army of cyclical and value (read cheap) stocks like banks, which typically outperform tech in times of monetary tightening. With Wall Street lagging European markets this year, this dynamic seems already at play.

In coming days, European names LVMH, STMicro and Philips are among those reporting and IBM (NYSE:IBM), Verizon (NYSE:VZ) and Apple (NASDAQ:AAPL) in the U.S..

Italy needs a new president and the complex process to replace outgoing Sergio Mattarella kicks off Monday, with Prime Minister Mario Draghi a frontrunner for the post.

It could mean weeks of political instability for Italy. If Draghi gets the job, a new prime minister must be found and the multi-party coalition supporting his government could unravel. The same could happen if the parties fail to agree an alternative candidate.

Former prime minister Silvio Berlusconi pulled out of the race on Saturday.

4/RATES UP DOWN UNDER?

The Fed is not the only central bank to have underestimated inflation. Australian CPI data on Tuesday may well force Reserve Bank of Australia Governor Philip Lowe to capitulate on his long-held contention that rate hikes this year are “extremely unlikely.”

Money markets have long doubted Lowe’s (NYSE:LOW) scenario, and are pricing a first hike to a quarter percent as soon as May with at least three additional quarter-point increases by year-end.

Australia’s jobless rate has plunged to its lowest since 2008 and some economists predict core inflation could jump to its highest since 2009, at 2.5%. At the very least, such a reading should seal an end to pandemic-time bond purchases at the Feb. 1 RBA meeting. GRAPHIC: RBA inflation test, https://fingfx.thomsonreuters.com/gfx/mkt/xmvjobdjepr/Pasted%20image%201642685575045.png

Considering the spread of Omicron, global business activity held up surprisingly well in December, purchasing managers indexes(PMI) showed. But when advance January PMIs emerge on Monday, focus will be on how cost pressures are shaping up.

Composite input prices slipped last month as factories’ supply chain delays eased, but U.S. service sector input prices rose to the highest since 2009. In Europe they stayed near November’s record high, and rose in China for the 18th straight month.