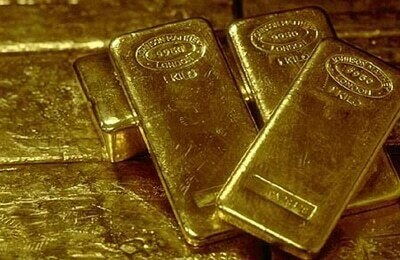 “The reaction was normal in the sense that Chairman Powell stressed the strength of the economy and the determination to fight inflation,” said Commerzbank commodities analyst Carsten Fritsch.

Powell struck a hawkish tone on Wednesday, flagging a rate increase in March. That senr U.S. Benchmark 10-year yields close to one-week highs while the dollar rose to its strongest in more than a month.

Higher yields and interest rates dent the appeal of bullion by raising the opportunity cost of holding non-yielding gold.

During the past few days gold benefited from weakness in equities markets, underpinning its status as a safe haven, but the Fed comments hit both gold and equities, showing that the economic outlook as presented by the Fed is much more important for the gold market, Fritsch added.

Gold prices have declined by about 2.5% since hitting their highest in 10 weeks on Tuesday.

A faster pace of rate increases in a potentially slowing economy with inflation not going down any time soon should be supportive for gold, said Saxo Bank analyst Ole Hansen.