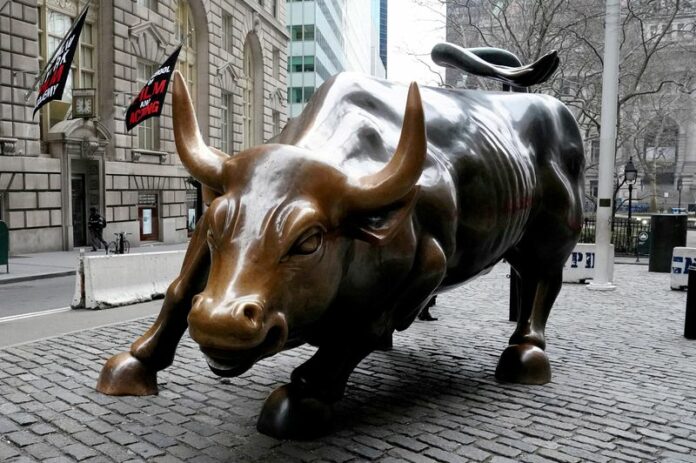 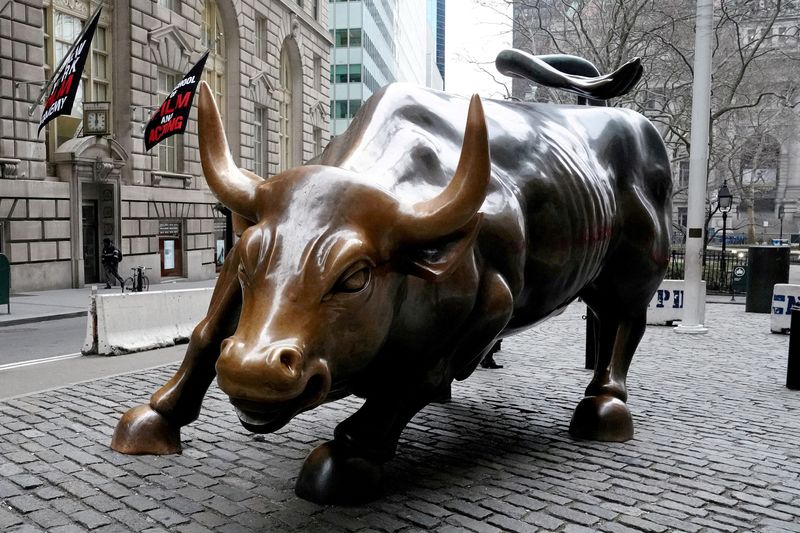 By Sujata Rao and Lewis Krauskopf

LONDON/NEW YORK (Reuters) – U.S. stock markets, after enjoying their best three-year run in more than two decades, may soon have to cede the top spot.

With the Fed preparing to raise interest rates https://www.reuters.com/business/finance/inflation-fighting-fed-likely-flag-march-interest-rate-hike-2022-01-26 for the first time in almost four years, capital is starting to fan out of rate-sensitive U.S. shares into other parts of the world where markets are cheaper and potentially more resilient.

The S&P 500’s near 10% drop so far this year has surpassed losses on most non-U.S. indexes and some reckon that recent investment outflows from the market, first in a month according to BofA, are only the beginning.

It also observed a clear rotation into so-called value sectors such as banks and commodities which are better represented in European and emerging market equity benchmarks.

“What it means is get the heck out of the United States,” said Mike Kelly, head of global multi-asset at PineBridge Investments. “It’s all about selling longer duration assets, so we are underexposed to U.S. equities.”

Longer-duration stocks, in a nutshell, are those whose prices are driven by expectations of future earnings potential and therefore fare well when interest rates are low.

U.S. tech companies with their exorbitant valuations as measured by their price-earnings ratios (PE) are a prime example and they account for over a third of the S&P 500.

For years, those stocks were an investment magnet, benefiting from rock-bottom interest rates and recently the pandemic-time shift to working, shopping and dining from home.

Of the $1 trillion which flowed into stocks last year, U.S.-dedicated funds took a third. They would also have received a lion’s share of the near-$500 billion absorbed by global mandate funds, according to Deutsche Bank (DE:DBKGn).

Now Kelly says, markets are at an inflection point, away from when “PE went higher and interest rates went lower”.

Given that five megacap firms accounted for a third of the S&P 500 performance last year, unloved U.S. sectors should also benefit from rotation.

Martin Schulz, senior portfolio manager at Federated Hermes (NYSE:FHI), said he went overweight international developed markets already last autumn, betting on a broad global economic recovery. “The cyclicality of the European markets, the Japanese markets… we think are going to be the big beneficiaries of this near-term globalized upturn.”

Almost $6 billion fled U.S. equities in the week to Jan. 19, while Europe and emerging market funds absorbed $2.7 billion and $5.2 billion respectively, according to BofA.

“We are detecting it qualitatively from investors around the globe, to shift a bit of weight from the U.S. to elsewhere,” said Secker.

Monday’s rout https://www.nasdaq.com/articles/analysis-volatile-markets-fed-uncertainty-add-to-u.s.-dip-buyers-risks rippled out globally, as European shares plunged 4% for their worst day since mid-2020 and emerging equities shed 2%. Yet they may be relatively better positioned to cope with tighter policy.

Europe trades at a 27% discount to Wall Street, compared to an average 15% discount before the previous three Fed cycles, Goldman Sachs estimates. And value shares overall are 50% cheaper than growth peers, double the discount seen before past rate rises.

Europe vs US earnings revisions https://fingfx.thomsonreuters.com/gfx/mkt/movanwxqopa/Europe%20vs%20US%20earnings%20revisions.PNG

All markets will feel it when central banks slow the flow of cash, and depending on what the Fed does, the net supply of cash https://www.reuters.com/business/central-banks-start-turning-off-cash-taps-2022-01-13 from the four big central banks may even shrink for the first time in years.

But this cycle differs in one respect from its last one; China https://www.reuters.com/article/china-economy-rates/china-caps-weekly-policy-easing-blitz-with-fresh-rate-cuts-idUSKBN2JV06J, which hiked rates in 2018 alongside the United States, is now easing policy to support its economy.

Easier Chinese policy will benefit other emerging economies and export-focused Europe via trade and commodity prices and could spell a 10% upside for Asian shares in 2022, JPMorgan (NYSE:JPM) wrote.

“Perhaps they will start to experience some of the growth that we have seen in U.S. markets over the last three years,” he added.