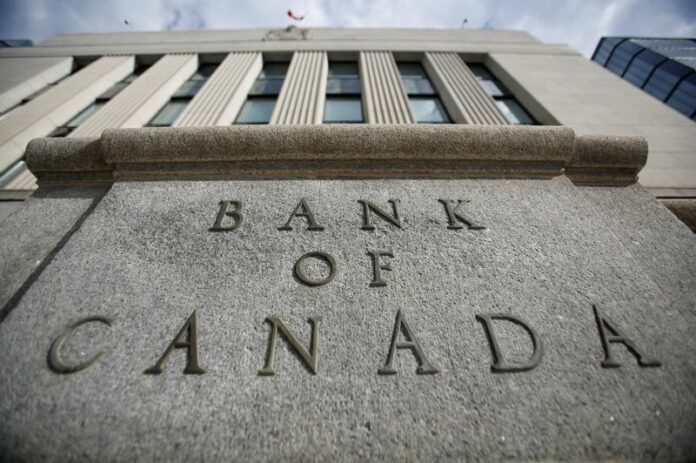 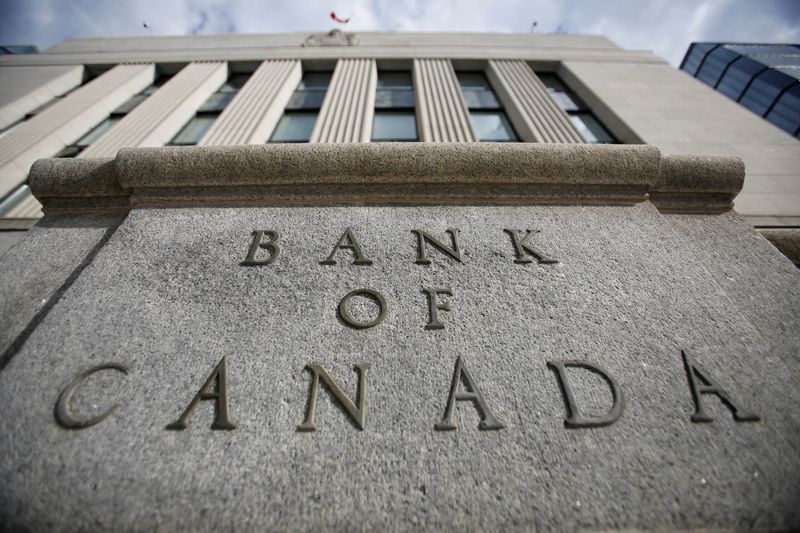 © Reuters. FILE PHOTO: A sign is pictured outside the Bank of Canada building in Ottawa, Ontario, Canada, May 23, 2017. REUTERS/Chris Wattie/File Photo

OTTAWA (Reuters) – The Bank of Canada will soon starting hiking interest rates from record lows to combat inflation, Governor Tiff Macklem announced on Wednesday, saying the economy no longer needed help to deal with the effects of the COVID-19 pandemic.

Macklem spoke after the central bank surprised some analysts by leaving rates unchanged at 0.25%, even as it said economic slack had been fully absorbed and forecast inflation would be higher for longer. Rates have been at a record low since March 2020, when the bank slashed the cost of borrowing three times.

“The message is pretty clear. We’re on a rising path,” Macklem told reporters.

“How far and how fast? Those are decisions we’ll take at each meeting, depending on economic developments, depending on our outlook for inflation, and what we judge is needed to bring inflation back to target.”

He later said several increases would be needed, but the bank could take a few steps and then pause to assess progress. The next scheduled rate announcement is March 2.

“By being clear and deliberate, we are really trying to cut through the noise so that monetary policy is more of a source of confidence and it’s not another source of uncertainty,” Macklem said.

Still, the decision to hold may have been a “policy misstep,” considering the current inflation backdrop and surging home prices, said Simon Harvey, head of FX analysis for Monex Europe and Monex Canada.

“Their decision to sit on the fence today may force them into a steeper hiking path later in the year,” Harvey said.

But others saw no harm in waiting five more weeks to move, saying it would have been worse to raise rates without first removing the commitment to keep them at record lows until slack was absorbed.

“They don’t compromise the credibility of the forward guidance for the next time they have to use it, because we know that there will be such a next time,” said Jimmy Jean, chief economist at Desjardins Group.

After the decision, money markets were pricing in about a 90% chance the central bank would hike to 0.50% in March, with at least five increases in total this year. In recent days, the market had priced in as many as six increases.

The Bank of Canada said inflation would remain close to 5% over the first half of 2022, before easing to about 3% by the end of the year. In October, the central bank said it expected inflation to return to around its 2% target by end-2022.

Canada’s inflation rate hit 4.8% in December, the highest level since September 1991 and the ninth month in a row it was above the Bank of Canada’s 1%-3% control range. Inflation has not been this high for this long since the central bank set its in 1991.

The Canadian dollar was trading 0.3% higher at 1.2593 to the greenback, or 79.41 U.S. cents after the rate decision, after giving back some of its earlier gains.