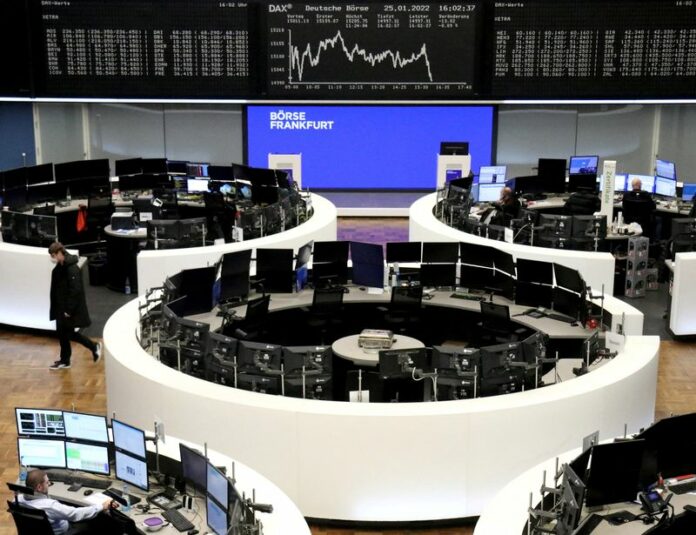 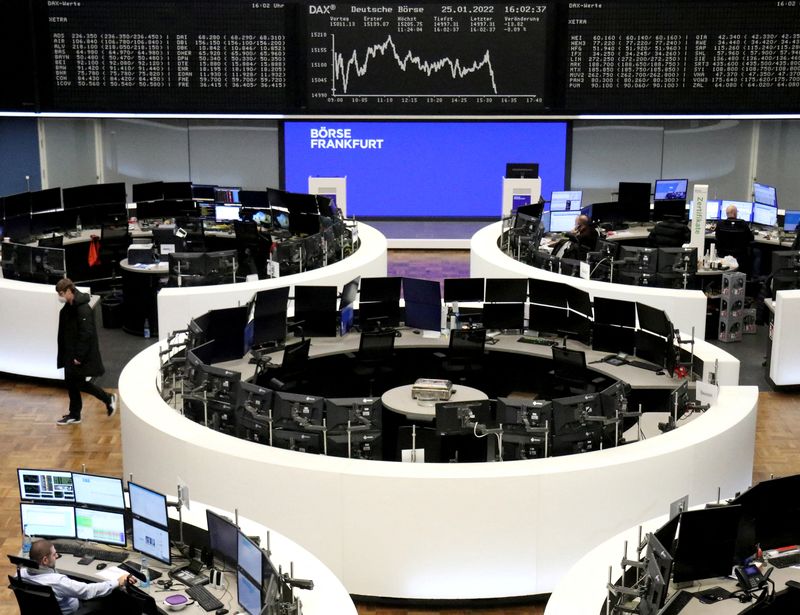 (Reuters) -European shares fell on Friday, with the STOXX 600 index down for the fourth straight week as auto and technology stocks led declines amid the prospect of higher interest rates and concern over the situation in Russia and Ukraine.

The pan-European index shed 1.0%, paring some losses after falling as much as 2% earlier in the day. The index lost 1.8% this week, marking its worst performance in over two months.

“There’s a whole lot to make investors nervous at the moment, and today seems to be the day European markets are really waking up to what the Fed’s increasingly hawkish stance will mean for all that cash sloshing around,” AJ Bell financial analyst Danni Hewson said.

Russia on Friday sent its strongest signal so far that it is willing to engage with U.S. security proposals and reiterated that it does not want war over Ukraine.

“As we’re approaching the weekend, a lot could happen in relation to the situation on the Ukrainian border and Russian troops,” David Madden, market analyst at Equiti Capital, said.

“The fear is that stock markets are closed for a 48-hour period, and what happens as tensions get ratcheted up in that timeframe is a huge deal.”

Adding to the gloom, euro zone economic sentiment deteriorated in January, pulled down by a more downbeat sentiment in the industry and services sectors.

Meanwhile, France posted its strongest growth in over five decades last year, hitting 7%, as the euro zone’s second-biggest economy bounced back from the COVID-19 crisis faster than expected, data showed.

However, the German economy, Europe’s largest, contracted more than expected in the fourth quarter of last year as pandemic-related restrictions hampered activity.

Sweden’s H&M gained 5.1% after the fashion retailer posted a bigger profit rise than expected for the September-November period.