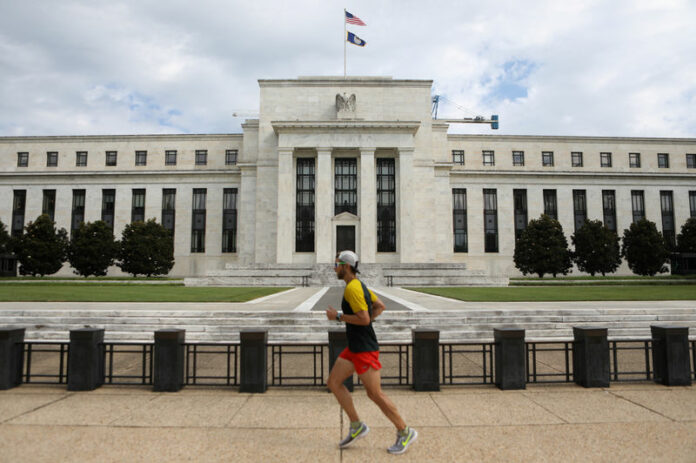 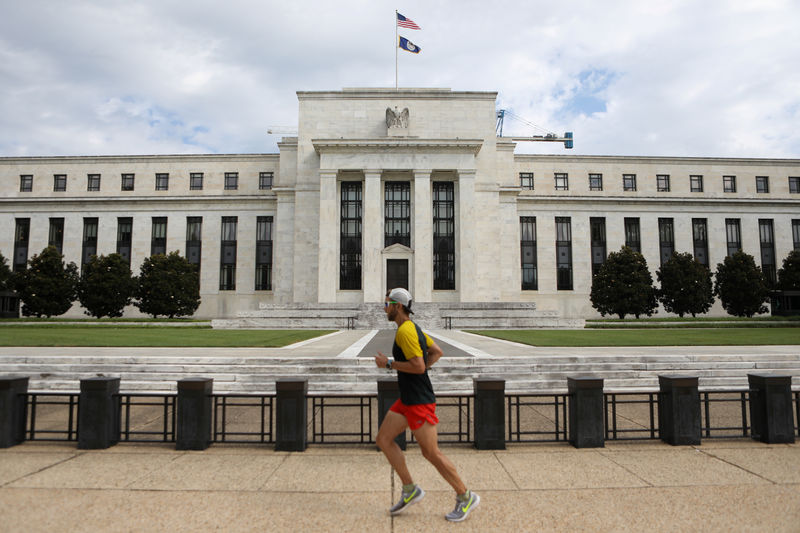 Investing.com – The Federal Reserve on Wednesday appeared to lay out the carpet for a March rate hike after saying it may “soon” begin to raise interest rates to bring red-hot inflation under control.

The Federal Reserve kept interest rates unchanged within the 0% to 0.25% range, but signalled that liftoff in rates could begin soon after the end of the monthly purchases expected in March.

“With inflation well above 2 percent and a strong labor market, the Committee expects it will soon be appropriate to raise the target range for the federal funds rate,” the Fed said in a statement.

In December, the Fed said it would double the pace at which it tapers monthly bond purchases to $30 billion each month, with a view to end its quantitative easing program by early March.

The policy statement was largely in line with market expectations, but in the press conference that followed Fed chairman Jerome Powell adopted a hakwish monetary policy stance,

Powell said there was “quite a bit of room to raise rates without hurting jobs,” stoking expectations that the Fed’s plan to tighten monetary policy measures, which have underpinned risk assets, may be more agressive than expected.

The odds of a March rate hike have risen to about 93%, according to Investing.com’s Fed Rate Monitor Tool.

The latest signalling from the Fed marks a hawkish shift in policy as Powell had previously downplayed how soon rate hikes would follow the end of the tapering.

Stubbornly high inflation has forced the Fed to rethink its monetary policy stance, and part ways with its narrative that price pressures were “transitory.” The Fed has flagged “supply and demand imbalances” as the key driver of elevated levels of inflation.

The improvement in the labor market has also served as another catalyst for the Fed to double up on efforts to combat inflation after the unemployment rate dropped under 4% to pre-pandemic levels.

Wall Street is betting that a potential rate hike in March will be followed up by a further three rates this year, leading to the start of the Fed reducing its balance sheet in the summer.

“We see the Fed delivering its first of four 25bp rate hikes this year at its March meeting, then announcing a more aggressive runoff of its balance sheet in July,” Morgan Stanley said in a note.

Powell was reluctant to go into detail about the Fed’s plan to tighten the balance sheet but stressed that rake hikes would be active tool of monetary policy.

“The federal funds rate is our primary means of adjusting monetary policy, and that reducing our balance sheet will occur after the process of raising interest rates,” Powell said in a press conference. The plan to reduce the balance sheet will “occur over time in a predictable manner, primarily through adjustments to reinvestments so that securities roll off our balance sheet,” he added.

Some market participants have raised concerns that reducing the balance sheet and rising rates at the same time may prove a difficult pill for the market to swallow.

“I would personally like to see the Fed hike once and then use the balance sheet versus rate hikes … Doing both at the same time could be pretty difficult for markets,” John Luke Tyner, portfolio manager at Aptus Capital Advisors said in an interview with Investing.com on Tuesday.