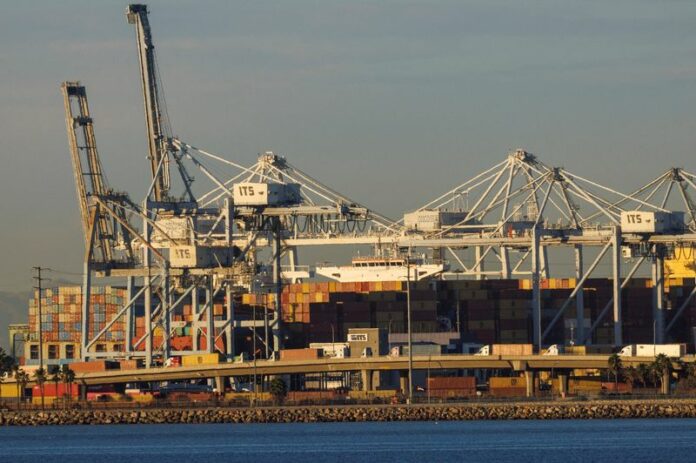 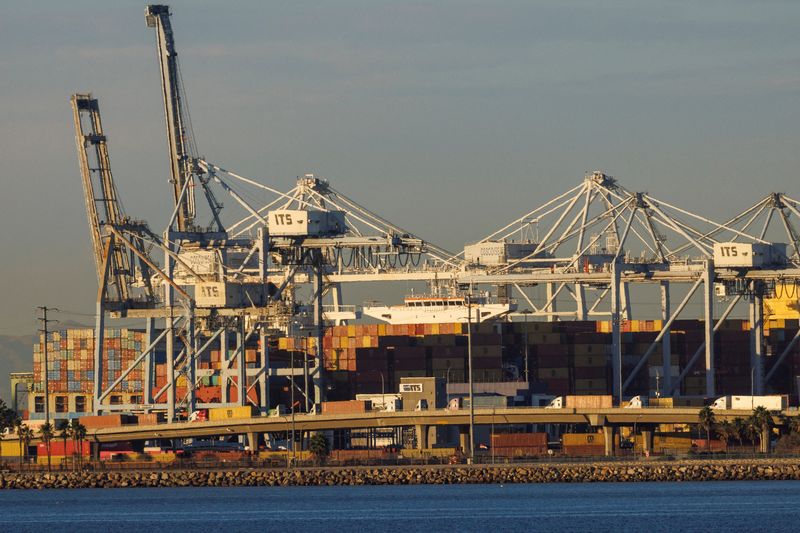 (Reuters) – Stephen Bullock eight months ago gave up on the idea of buying raw materials and parts only shortly before they were needed on his assembly line.

Instead, he told his purchasing manager to “just buy everything you can,” and they could store the excess, said Bullock, chief executive of Power Curbers Companies, a maker of heavy equipment used to build concrete sidewalks and other infrastructure projects.

Roughly two years into a pandemic that has snarled supply chains across the globe, U.S. companies are scrambling not just to produce enough to feed current demand – but to also refill inventory shelves. That buildup was key to the fourth quarter’s hefty 6.9% annualized growth in gross domestic product, with inventory investment contributing 4.9 percentage points, according to the U.S. Commerce Department.

Spending shifted during the pandemic from services to goods, a boom that has strained supply chains and emptied warehouses. Excluding inventories, GDP grew at a more modest 1.9% rate in the latest period.

This boom in demand, coupled with shortages, has fueled a wave of inflation that increased at a pace last year not seen in nearly 40 years. This set the stage for the Federal Reserve to now look towards raising interest rates in March.

Bullock, whose company is based in Salisbury, North Carolina, said supply chain problems have continued to grow worse in recent months – not better.

Ditching the “just-in-time” inventory model in favor of building up supply to buffer stocks only made sense, he said, referring to a system that aims to buy parts and materials shortly before they’re needed – to minimize the cost of holding supplies. Just-in-time has evolved into a standard worldwide in the era of globalized trade, one embraced across corporate America – until COVID-19’s emergence upended it. Since the pandemic struck, many businesses found the system left them stranded when orders that normally took weeks suddenly took months to arrive.

Bullock’s goal now is to snap up materials like steel whenever he can. “We’ve had to get creative in where to put all of it,” he added. “We’re using all the nooks and crannies to house those incoming items.”

Supply chain problems are weighing on the results of some companies. On Thursday, Tesla (NASDAQ:TSLA) Inc.’s shares slid after the electric car maker said it would delay releasing new vehicles until next year because of supply chain breaks that it said could last through this year. Earlier in the week, General Electric (NYSE:GE) Co. reported a decline in quarterly revenue amid supply chain shortages.

Companies have grown creative to deal with the gaps in supplies.

Rockwell Automation Inc (NYSE:ROK). Chief Executive Blake Moret, said his company has increased amount of “work in progress,” in order to keep workers assembling goods as they wait for shipments of scarce computer chips. The chips are added just before the product is sent out the door.

Rockwell, which has benefited from a push to automate factories and warehouses during the pandemic, has “slightly” increased its inventory levels, said Moret, but not enough to have a meaningful impact on overall inventories.

The Milwaukee-based company on Thursday raised its earnings forecast for its fiscal year as it reported a 40% jump in orders in its first quarter, compared to a year ago. “We’re in the early phase of multi-year economic expansion,” said Moret.