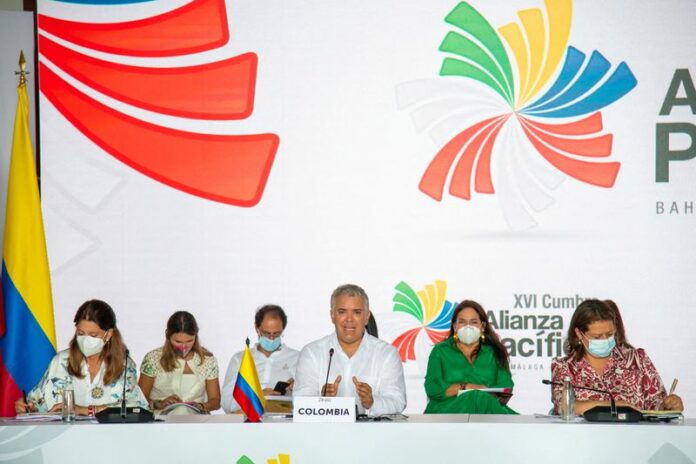 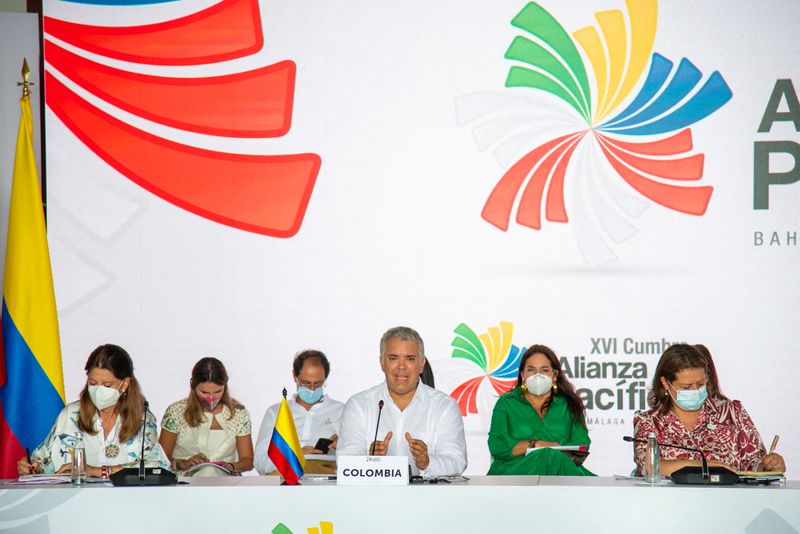 BOGOTA (Reuters) – Singapore has signed a free trade agreement with the Pacific Alliance – made up of Colombia, Mexico, Peru and Chile – those governments said on Wednesday, in a deal they said would facilitate trade and closer ties with Asia.

The deal will aid cooperation in the energy, infrastructure, digital and food industries, as well as shipping and port logistics, Colombia’s government said in a statement after presidents and representatives from the countries met at its Bahia Malaga naval base.

“With this new commercial accord between Singapore and the Pacific Alliance we are fulfilling the vision of moving closer to the Asia-Pacific (region), improving our commercial relations, attracting investment, increasing access to the goods market and propelling the access of service providers to a wide range of sectors,” said Colombia commerce minister Maria Ximena Lombana.

The Pacific Alliance members will now ratify the agreement in their respective legislatures, the statement added. It will come into force once at least two countries’ lawmakers have signed off on it.

“This is a landmark moment in Singapore’s partnership with the Pacific Alliance,” said Singapore Prime Minister Lee Hsien Loong in a video, adding the agreement will “institutionalize and strengthen the economic links between our countries.”

The Alliance and Ecuador have said the South American country plans to join as a full member soon.