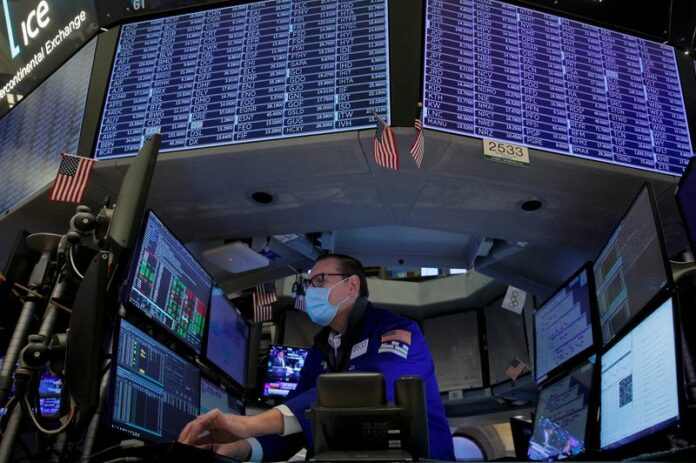 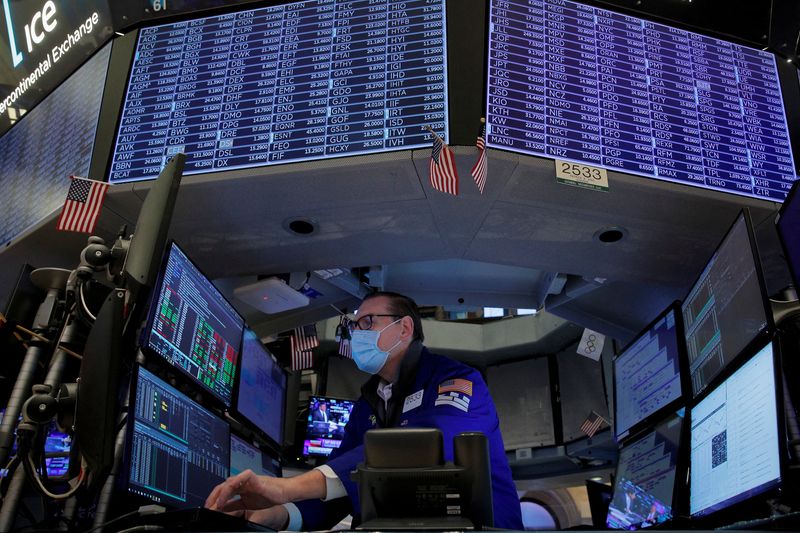 NEW YORK (Reuters) – The S&P 500 ended lower on Wednesday, taking an abrupt nosedive that reversed earlier solid gains after the U.S. Federal Reserve released its statement at the conclusion of its two-day policy meeting.

All three major U.S. stock indexes gyrated wildly in the final minutes of a session that ended with the Dow joining the S&P in negative territory and the Nasdaq eking out a nominal gain.

The indexes enjoyed a brief surge after the Federal Open Markets Committee left key interest rates near zero. But those gains quickly evaporated as the Fed statement warned it would soon begin raising the Fed Funds target rate to combat persistent inflation related to the COVID-hobbled supply chain.

“With inflation well above 2 percent and a strong labor market, the Committee expects it will soon be appropriate to raise the target range for the federal funds rate,” the statement said.

Stocks slid into negative territory once Fed Chairman Jerome Powell’s subsequent Q&A got under way, during which he warned that inflation remains above its long-run goal and supply problems are bigger and more long-lasting than previously thought.

“When reporters asked Powell if the Fed would consider raising rates at every meeting, which would mean more than four times this year, he didn’t say they wouldn’t, which indicates a flexibility to raise rates much more quickly (if necessary) than anyone was expecting,” said Chris Zaccarelli, chief investment officer at Independent Advisor Alliance in Charlotte, North Carolina.

While all 11 major sectors of the S&P 500 spent much of the trading day green, by the time the dust settled only tech and financials showed gains.

Fourth-quarter reporting season has hit full stride, with one-fifth of the companies in the S&P 500 having posted results. Of those, 81% have beaten consensus, according to Refinitiv data.

Microsoft Corp (NASDAQ:MSFT) gained 2.8% after current-quarter revenue guidance, driven in part by its cloud business, came in above consensus.

Boeing (NYSE:BA) Co was down 4.8% after the plane maker said it incurred $4.5 billion in charges in the fourth quarter related to its sidelined 787.

Shares of Tesla (NASDAQ:TSLA) fell about 5% in extended trade after the electric vehicle maker warned that its factories would run below capacity through 2022 due to supply-chain limitations.

Declining issues outnumbered advancing ones on the NYSE by a 2.12-to-1 ratio; on Nasdaq, a 1.98-to-1 ratio favored decliners.

Volume on U.S. exchanges was 14.50 billion shares, compared with the 11.58 billion average over the last 20 trading days.