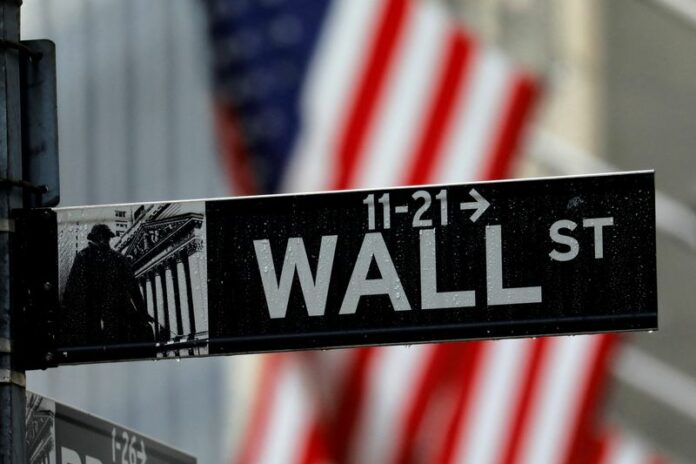 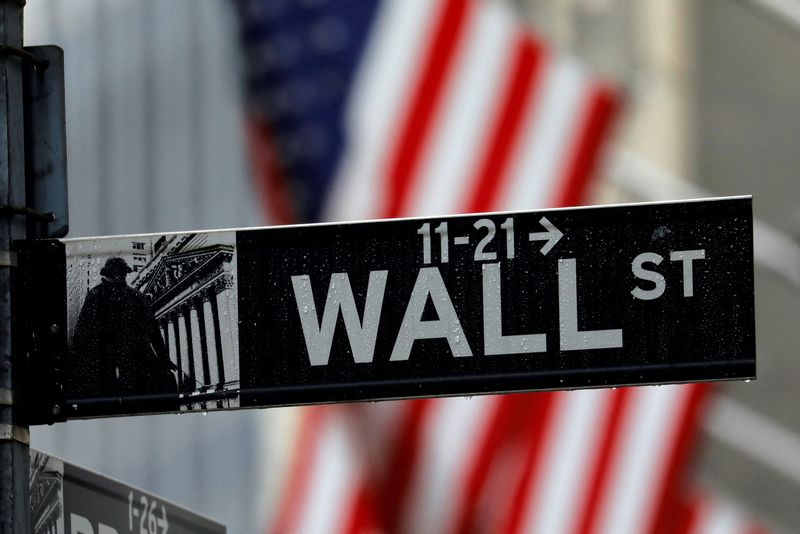 NEW YORK (Reuters) – A steep slide in U.S. stocks has investors gauging equity valuations to determine whether now is the time to scoop up shares at a bargain.

The S&P 500 has dropped over 9% so far in 2022, while the tech-heavy Nasdaq stands in correction territory after a nearly 15% fall. The market sank again this week after the Federal Reserve signaled it is likely to raise U.S. interest rates in March before shrinking its balance sheet later in the year.

Buying after pullbacks paid off for many investors over the last two years, when the Fed’s ultra-easy monetary policies during the pandemic buoyed stocks from one record high to the next.

With the market now pricing in almost five rate hikes by the end of 2022, that calculus has changed dramatically.

“The convergence of monetary and fiscal policy, which was historically dovish and ample, now is changing course and the equity markets as well as other risk markets are slowly coming to terms with that sobering reality,” said Chad Morganlander, portfolio manager at Washington Crossing Advisors.

The slide in stocks has brought down the valuation of the overall S&P 500, which at the end of 2021 stood not far from its highest level in two decades. The index now trades at 19.5 forward 12 months earnings, compared to 22 times earnings in late December and its five-year average of 18.5, according to Refinitiv IBES.

The market’s fall hadn’t been precipitous enough for Barclays (LON:BARC) strategists, who early this week declared in a note it was still “too early to buy the dip.” An analysis of pre-pandemic equity valuations showed the index could decline another roughly 8% from the 4,410.13 level where it closed on Monday, Barclays strategists said in a report. The S&P 500 was recently at 4,330, about 2% below Monday’s level.

Other valuation metrics are more favorable to stocks. A look at the equity risk premium – or the extra return investors receive for holding stocks over risk-free government bonds – favors equities over the next year, according to Keith Lerner, co-chief investment officer at Truist Advisory Services.

When that premium historically has been at the level it reached on Wednesday, the S&P 500 has beaten the one-year return for the 10-year Treasury note by an average of 11.8%, Lerner said. The yield on the benchmark 10-year Treasury has climbed about 30 basis points this year to 1.81% but remains low by historical standards.

“At least right now, even though there could be more volatility, until and unless the Fed actually makes a mistake or there is actually a recession, you still want to stick with stocks over bonds,” said Sameer Samana, senior global market strategist at the Wells Fargo (NYSE:WFC) Investment Institute.

The strength of fourth-quarter corporate results, which continue to roll in with S&P 500 earnings season not yet at the halfway point, could bolster the case for investors looking to buy at a discount.

With S&P 500 earnings expected to grow 8.4% in 2022, the backdrop for stocks appears to be a solid one. However, skittish investors have punished companies such as Netflix (NASDAQ:NFLX), JPMorgan (NYSE:JPM) and Tesla (NASDAQ:TSLA) delivering less than stellar news in recent weeks, adding to the uneasy mood. Another large batch of reports is due next week, including from heavyweights Alphabet (NASDAQ:GOOGL) and Amazon (NASDAQ:AMZN).

“Heading into 2022, our view was that equities could earn their way out of rising yields and lower P/E multiples. Our new base case for six hikes this year poses challenges to that bullish outlook,” analysts at BNP Paribas (OTC:BNPQY) wrote.

Nevertheless, the bank said investors should “stay the course” in equities, as the “outlook for above-trend growth and inflation still translates to above consensus double-digit earnings growth for 2022.”