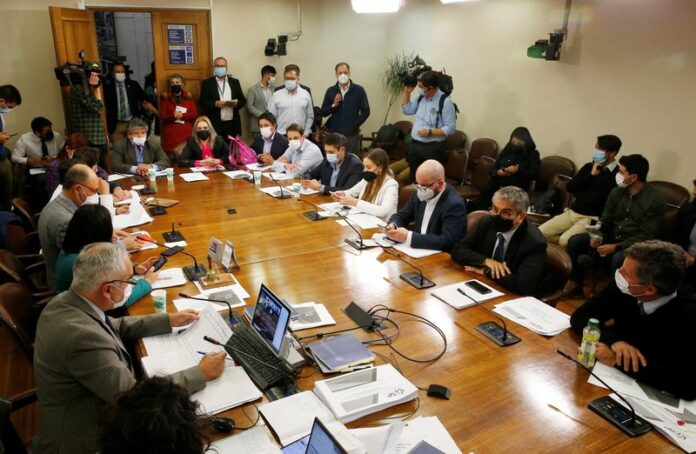 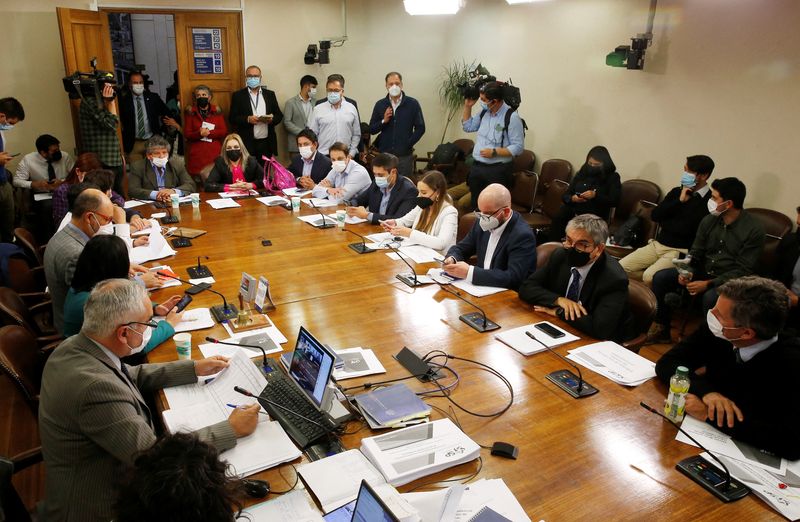 © Reuters. Chile’s Finance Minister Mario Marcel speaks to the constitution commission of the Chamber of Deputies at the congress in Valparaiso, Chile April 12, 2022. REUTERS/Rodrigo Garrido

SANTIAGO (Reuters) -A new pension withdrawal in Chile was voted down by a congressional committee Tuesday night after President Gabriel Boric submitted a competing proposal hours earlier that cleared a vote in a separate committee.

Chile has resorted to allowing early pension withdrawals to help citizens deal with the economic fallout from the COVID-19 pandemic. Three withdrawals of up to 10% of a worker’s pension funds have been approved since July 2020. A fourth was voted down in December.

Boric’s government had opposed a new withdrawal of 10%, saying it would pump too much money into an economy already struggling with spiraling inflation.

Then, hours before the scheduled vote, Boric’s government introduced a separate bill that would allow withdrawals only to pay off debts. This measure, the government says, would mitigate inflationary effects.

“It is a way of making pension funds saved by workers available for matters in which their use does not imply higher inflation, higher demand or higher consumption,” Finance Minister Mario Marcel told reporters.

The government’s new proposal would also cap withdrawals at 10%, but restricts access to pension funds for alimony payments, mortgages and other debts. The bill also bolsters unemployment insurance.

Both bills were debated simultaneously, with Boric’s proposal clearing the committee first. Some legislators in favor of a blanket 10% withdrawal argued that the government shouldn’t have a say in how people use their pension funds.

Despite the committee votes, both bills will face a full vote in the lower house, where the unrestricted withdrawal is also expected to be voted down.

Although Boric had supported the four previous withdrawals, speaking to reporters, he said a new withdrawal without limits would “deeply hurt the neediest” by spurring inflation and lowering the value of their funds.

“We think (this bill) is an alternative that both helps families get ahead in tough times and is also responsible,” Boric said.