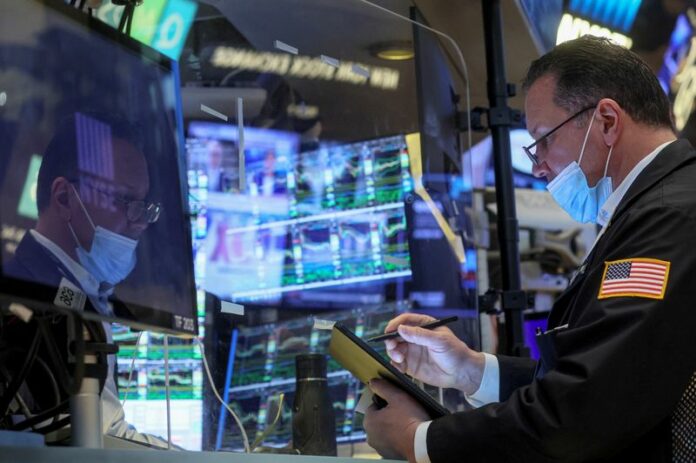 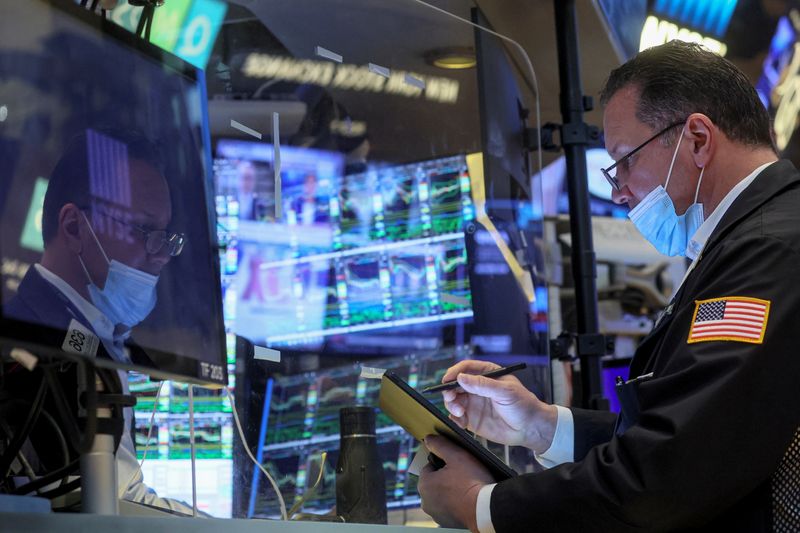 Investing.com — The U.S. earnings season begins in earnest with reports from JPMorgan (NYSE:JPM), Blackrock (NYSE:BLK) and Fastenal (NASDAQ:FAST). Producer price inflation data and mortgage applications and interest rates are also due. The Bank of Canada is set to raise interest rates and its peers in New Zealand hike by 50 basis points. Inflation also continues to surge in Europe. The Ukraine war enters a new phase as Joe Biden accuses Vladimir Putin of committing genocide, and oil is higher ahead of U.S. inventory data. Here’s what you need to know in financial markets on Wednesday, 13th April.

Inflation, and the policy response to it, remain front and center Wednesday, with U.S. producer prices for March due at 8:30 AM ET (1230 GMT), a day after the consumer price index rose by a new 40-year high of 8.5%.

Analysts predict a 1.1% rise in prices on the month, which would be their fastest increase in 14 months and strong evidence that what policymakers believed last year to be a passing phenomenon has morphed into something much more durable.

There will also be data from the Mortgage Bankers Association on weekly applications for mortgages and on mortgage rates. The latest weekly data in these series have shown a clear cooling off of mortgage demand as the 30-year rate has risen to its highest since the end of 2018. St. Louis Federal Reserve President James Bullard told the Financial Times that it was “fantasy” to think that the Fed can bring inflation down just by raising rates to their neutral level.

The global spread of inflation continues. The U.K. became the latest country to announce a 30-year high in consumer price inflation, at 7% in March. That was above expectations, as was an 11.9% rise in producer prices.

The country’s largest grocer Tesco (LON:TSCO) saw its stock fall sharply after it warned that the need to respond to such developments would cut its operating profit by around 10% over the coming 12 months.

In Spain, meanwhile, consumer inflation was confirmed at 9.8% in March.

Overnight, the Reserve Bank of New Zealand became the first advanced economy central bank since the start of the pandemic to raise its key interest rate by 50 basis points. That was its biggest hike in 22 years. The Bank of Canada is expected to follow suit at 10 AM ET, raising its key rate to 1.0% from 0.5%.

3.  JPMorgan set to kick off earnings season; stocks drift higher ahead of open

JPMorgan kicks off the first-quarter earnings season with what, in the current circumstances, is likely to be a crucial snapshot of credit trends across the U.S. economy. The profitability of the core lending business is likely to come under pressure as the spread between short- and long-term interest rates narrows.

Analysts expect it to report adjusted earnings per share of $2.70 on $30.63 billion in revenue.

U.S. stocks are set to open higher, reversing the losses posted on Tuesday in response to the March CPI figures.

The war in Ukraine is about to enter a new phase, as Russian troops prepare fresh attacks on the Donbas region in the east of the country after completing the conquest of the city of Mariupol. The last 1,000 defenders of the city surrendered on Wednesday after holding out for over a month against intense rocket and artillery bombardment that caused widespread civilian casualties.

U.S. President Joe Biden on Tuesday accused Russia’s Vladimir Putin of genocide for the first time, in response to increasing evidence – aired loudly and repeatedly on Russian state TV – that it is Russian policy to destroy Ukrainian nationhood. Putin said on Wednesday that Russia’s principal aim is to help the Russian-speaking population of Donbas.

Crude oil prices climbed above $100 a barrel again, after a mixed report on U.S. inventories from the American Petroleum Institute on Tuesday, and after signs that the lockdown of Shanghai and other regions of China may soon be at least partially lifted.