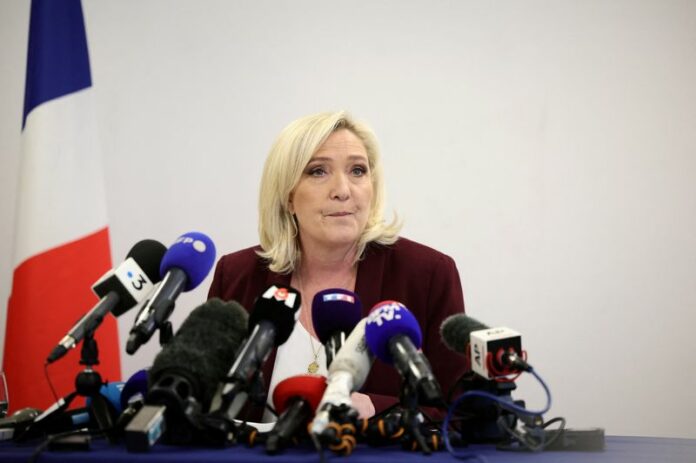 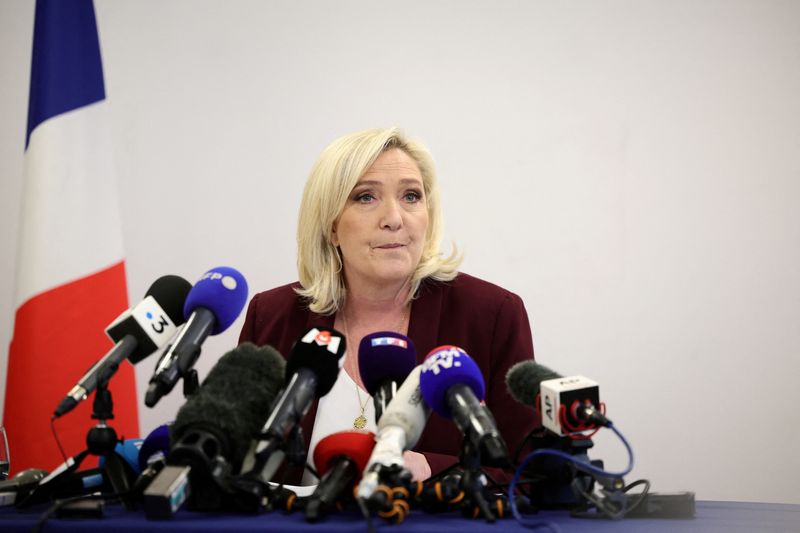 By Marco Trujillo and Ingrid Melander

LE HAVRE (Reuters) -Marine Le Pen’s plan to ban wind turbines is an “aberration”, Emmanuel Macron said on Thursday as France’s presidential election campaign moved away from the two candidates accusing each other of being authoritarian to focus on concrete policies.

Just 10 days ahead of a runoff that will determine who will lead the European Union’s second-largest economy for the next five years, polls show the centrist president is slightly ahead of his far-right rival, but the contest promises to be tight.

While the cost of living is the top election theme, energy policies are closely linked to that, and the candidates have put forward very different policies on the renewables sector.

Both would boost the nuclear sector, but Macron wants France to build more wind turbines, while Le Pen – who calls wind turbines “horrors that cost us a fortune” – would end all subsidies to the solar and wind energy sector, apply a moratorium on both and dismantle already existing turbines.

“Exiting renewables today would be a complete aberration, we would be the only country in the world doing that,” Macron told France Bleu radio on a visit to the northern France port of Le Havre. Her plan, he said, would mean “spending hundreds of millions of euros dismantling existing wind turbines”.

Building nuclear plants would take time and would not cover the drop in production from dismantling the turbines, he added.

Le Pen argues in her election platform https://mlafrance.fr/pdfs/projet-lecologie.pdf that boosting the nuclear sector as well as hydro power and thermal energy would provide France with the energy mix it needs.

As well as seeking to cut reliance on fossil fuels in general to meet climate targets, EU states have been looking to renewables to help wean themselves off Russian gas after the West imposed sanctions due to Moscow’s invasion of Ukraine.

The French Renewable Energy Trade Association (SER) said on Thursday that Le Pen’s plans would be “a major step backwards for our country and for the climate, by increasing our greenhouse gas emissions and our imports of fossil fuels, at the expense of taxpayers and the most precarious consumers”.

Le Pen’s team did not respond to a request for comment.

Earlier on Thursday, Le Pen rebuffed criticism by Macron who accused her of retaining her “authoritarian” and extremist views, despite portraying a softer image in the campaign.

“This (criticism) makes me smile because we have never had a president who showed more signs of extremism than Emmanuel Macron,” Le Pen told broadcaster France 2, citing police action against political demonstrations, such as the yellow vest movement.

Separately, France’s election watchdog said it had sought clarifications from Le Pen’s campaign over statements it had falsely attributed to public authorities on criminality and immigration, one of her core themes.

Le Pen called the step launched by the campaign control commission, or CNCCEP, a political “manoeuvre”.