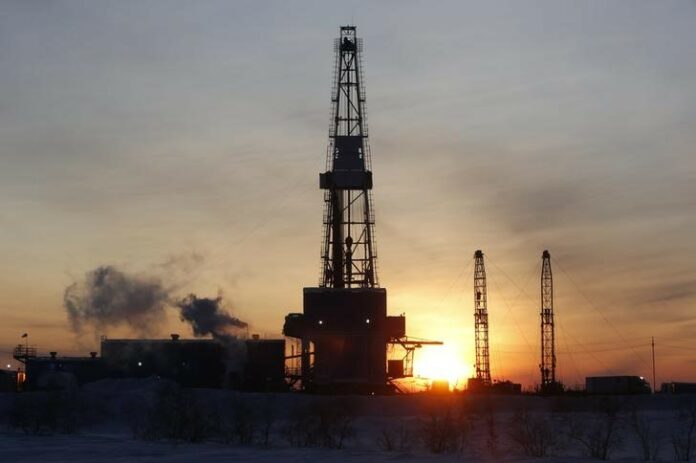 (Bloomberg) — Oil steadied after a two-day surge as the fallout from Russia’s invasion of Ukraine continued to ripple through a tight global market.

West Texas Intermediate futures traded near $104 a barrel after rallying almost 11% over the previous two sessions. The International Energy Agency said in a report Thursday that OPEC+ members had only supplied 10% of their promised supply increases for March, squeezing an already tight market that’s grappling with reduced Russian flows.

U.S. crude stockpiles jumped last week, in part due to moving strategic oil reserves to commercial inventories. The Biden Administration and its allies have agreed to tap emergency supplies to tame rising energy prices fanned by the invasion of Ukraine. President Vladimir Putin has vowed to continue the war, which is in its second month.

The oil market has seen a tumultuous period of trading since Russia invaded Ukraine in late February. The reserve release by the U.S. and its allies, along with a Covid-19 resurgence in China has weighed on prices in the last few weeks. There are some signs of easing virus restrictions and China’s central bank is expected to take measures to help bolster a faltering economy.

U.S. crude stockpiles surged by 9.4 million barrels last week, the most since March 2021, according to Energy Information Administration data released on Wednesday. Gasoline inventories dropped for a second week, while distillate supplies — a category that includes diesel — fell by 2.9 million barrels.