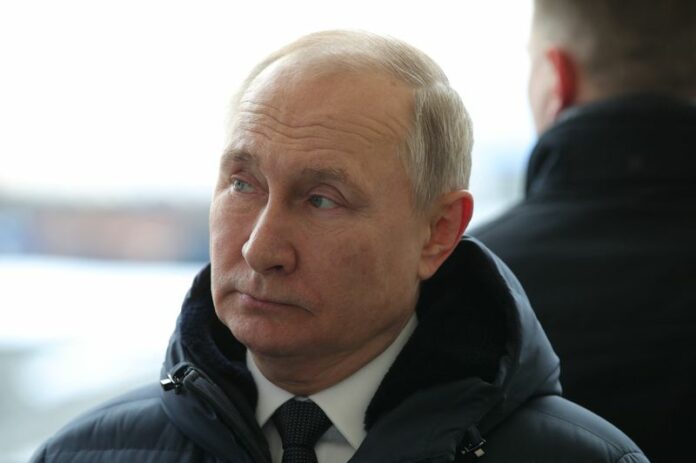 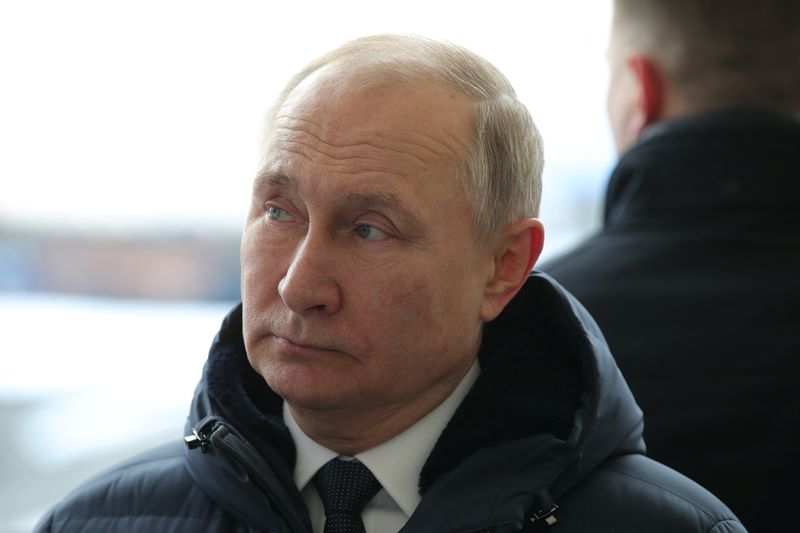 (Reuters) -President Vladimir Putin said on Thursday that Moscow would work to redirect its energy exports eastward as Europe tries to reduce its reliance on them, adding that European nations would not be able to ditch Russian gas immediately.

Russia supplies around 40% of the EU’s natural gas, and western sanctions over what Moscow calls its “special military operation” in Ukraine have hit its energy exports by complicating the financing and logistics of existing deals.

While the EU debates whether to slap sanctions on Russian gas and oil and member states seek supplies from elsewhere, the Kremlin has been forging closer ties with China, the world’s top energy consumer, and other Asian countries.

“The so-called partners from unfriendly countries concede themselves that they won’t be able to make do without Russian energy resources, including without natural gas, for example,” Putin told a televised government meeting.

“There is no rational replacement (for Russian gas) in Europe now.”

Putin also said that Europe, by talking about cutting off energy supplies from Russia, was driving up prices and destabilising the market.

He said Russia, which accounts for around a tenth of global oil production and around a fifth of gas, would need new infrastructure to boost energy supplies to Asia.

He ordered the government to present a plan by June 1 including on “expanding transport infrastructure to countries of Africa, Latin America (and the) Asia Pacific.”

He also sought clarity on the possibility of including two pipelines – China-bound Power of Siberia and the far-eastern Sakhalin-Khabarovsk-Vladivostok in Russian unified system of gas supplies.

Plugging those routes into the wider network may allow Russia, in theory, to switch gas flows from Europe to Asia and visa versa.

Russia launched pipeline gas supplies to China in the end of 2019 and in February agreed a 30-year contract via a new pipeline, yet to be built, with plans to settle sales in euros.

Putin also said that the role of national currencies in exporting deals should rise, amid Russia’s plans to switch to roubles in payments for its gas supplies, mainly to Europe.

Russia has seen a steep decline in production of oil, its key source of revenues, amid difficulties with payments for trading and vessels.

Major global trading houses are planning to reduce crude and fuel purchases from Russia’s state-controlled oil companies as early as May 15, sources said, to avoid falling foul of EU sanctions on Russia.

Putin said the sector’s most acute problems were related to the disruption of energy supply logistics.

Senegal to seek talks with India over rice export ban

India Base Metals: All down on weak econ data, risk sentiment; dlr up