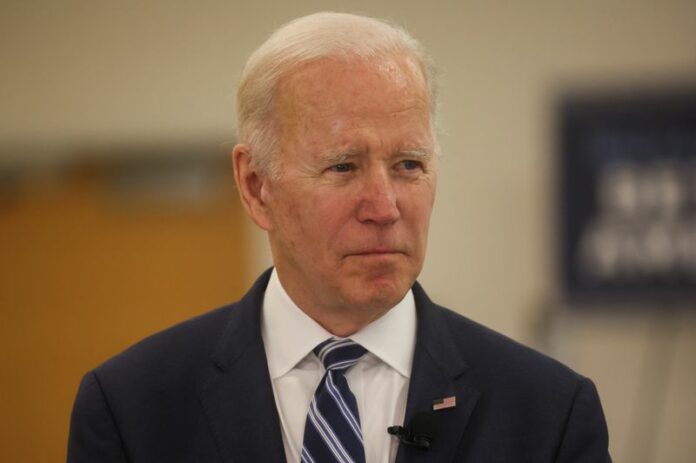 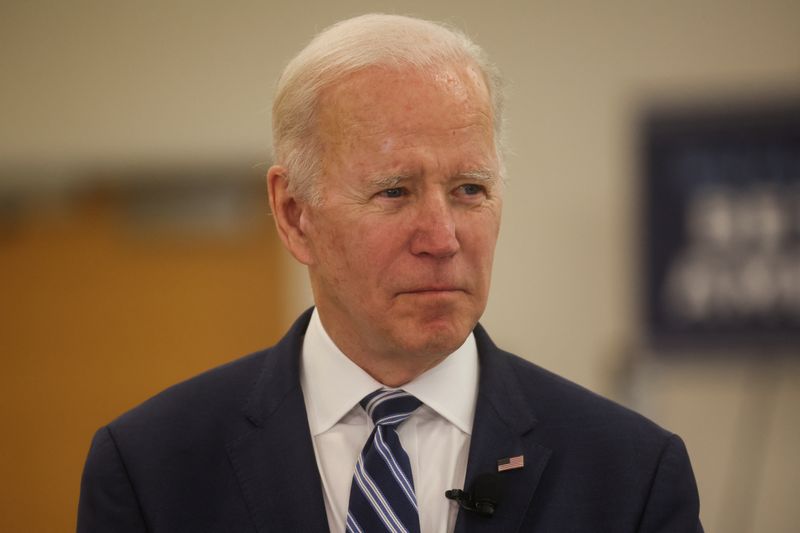 By Nichola Groom and Valerie Volcovici

The issue reflects the tricky balance the White House must strike between global energy security issues and longer-term aspirations to usher in a broad transition away from fossil fuels to avert the worst effects of global warming.

“What we’re doing is supplanting Russian gas,” U.S. Special Envoy on Climate Change John Kerry told Reuters in an interview. “Will there be some leakage in terms of that? Yes, sure,” he said, calling it a “downside.”

Biden last month promised to increase LNG shipments to the European Union to 50 billion cubic meters per year by 2030 – more than double the amount sent there from the United States in 2021. Russia supplies about 40% of the EU’s gas needs, and the bloc is worried Moscow will use that as political leverage.

Biden’s moves are a signal for growth in a U.S. industry that has already expanded into one of the world’s top exporters of the super-cooled fuel thanks to advanced drilling techniques and prolific natural gas fields in states like Texas and Pennsylvania.

While gas burns cleaner than oil or coal, it remains a climate menace because of its tendency to escape wells, pipelines, and other infrastructure as methane. Methane is many times more potent than carbon dioxide as a greenhouse gas.

Exporting LNG yields more methane than consuming gas domestically because it requires a longer and more complex supply chain with more opportunities for leakage. It also leads to more carbon emissions from liquefaction, shipping, and regasification.

She said U.S. liquefied natural gas exports to Europe could have a lower climate impact than Russian gas because Russia’s pipeline network is particularly leaky.

But the resulting extra U.S. methane emissions could still be troublesome for its climate goals.

The United States and European Union last year pledged to slash methane emissions by 30% by 2030 and have been joined in the effort by more than 100 other nations. Biden’s broader climate goals include decarbonizing the U.S. economy by 2050.

LNG export terminals now in service are designed to remain operational well past those dates.

The White House contends it can address near-term energy security issues and still slash emissions. “This does not conflict with our climate goals,” National Security Council spokesperson Saloni Sharma said.

The Biden administration plans to require oil and gas operators to detect and repair methane leaks from big wells and along pipelines, a regulation climate experts say could address the largest sources of fugitive methane but which would not address all stages of the LNG supply chain.

U.S. natural gas prices are running at 13-year highs, in part because supplies have dwindled under the weight of increased export demand.

While experts agree expanding LNG risks substantially boosting emissions, quantifying the risk is complex because the research is incomplete.

Recent aerial surveys of LNG export terminals in Texas and Louisiana have not shown major releases of methane, according to Riley Duren, Chief Executive of Carbon Mapper, a non-profit that surveys methane emissions.

“Most of the fugitives of methane happen upstream of the of the export terminals,” Duren said.

He added Carbon Mapper overflights had also found at least one instance of a large methane plume coming off an LNG tanker, the result of so-called boil off where frigid liquid fuel warms into its gaseous state.

He said it was unclear how often that occurs because of the difficultly of tracking the ships.

Very little data is available on emissions from regasification and local distribution in buyer-nations.

Leading U.S. LNG exporter Cheniere Energy (NYSE:LNG) said it is seeking to measure its own climate impact to help the company improve its operations.

“We’re working to get a more specific understanding of the (greenhouse gas) footprint of our LNG from wellhead to end-use,” said Eben Burnham Snyder, a spokesperson for the company.

MiQ, a non-profit foundation that certifies lower-carbon gas, said it hopes to certify some U.S. shipments of LNG into Europe within the next few months after analyzing supply chain emissions.