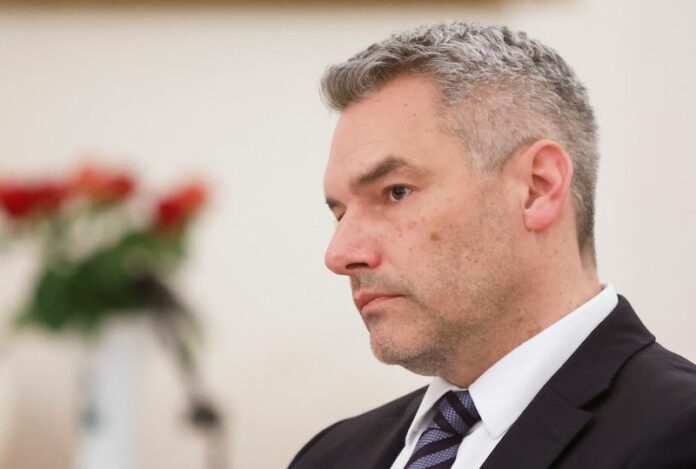 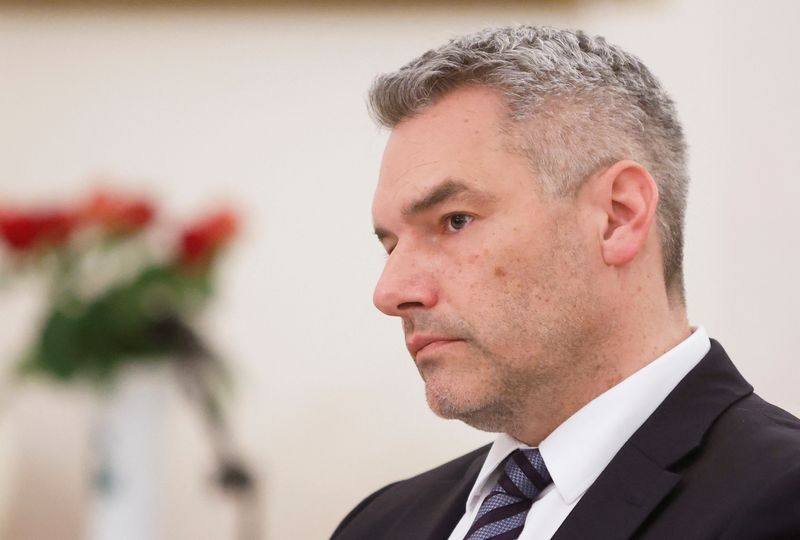 VIENNA (Reuters) – Russian President Vladimir Putin told Chancellor Karl Nehammer during their meeting this week that Austria’s supply of gas can continue to be paid for in euros, Nehammer was quoted as saying by Austrian news agency APA.

Moscow has warned Europe it risks having gas supplies cut unless it pays in roubles as he seeks retaliation over Western sanctions for Russia’s invasion of Ukraine, which the Kremlin describes as a “special military operation”.

Nehammer said he held “very direct, open and tough” talks with Putin near Moscow on Monday about the invasion of Ukraine. But the Austrian leader had not publicly mentioned any discussion of Austria’s security of gas supply.

Austria gets 80% of its natural gas from Russia and opposes an immediate European Union gas embargo on Moscow, arguing it is not possible to suddenly switch to alternative suppliers.

Putin said “that the gas supply is secured, that Russia will deliver the contractually agreed quantities and that payments can continue to be made in euros”, APA quoted Nehammer as saying in a joint interview on Wednesday with German news agency DPA.

The European Commission has said those with contracts requiring payment in euros or dollars should stick to that, which Nehammer has said Austria will do.

At the same time, Russia appears to have opened a door to continued payment in euros.

Two weeks ago Moscow decreed foreign buyers of Russian gas would have to open rouble accounts in state-run Gazprombank, which is not under the same crippling sanctions as many other Russian banks, or risk being cut off.

European gas buyers could therefore deposit payments in euros and let Gazprombank buy roubles on their behalf – a work-around that Austria has said appears to make continued payment in euros possible.

Nehammer repeated his opposition to an embargo in Wednesday’s interview, which quoted him as saying it “would mean that both (Austrian) industry and households would suffer serious harm from the non-delivery of that gas”.