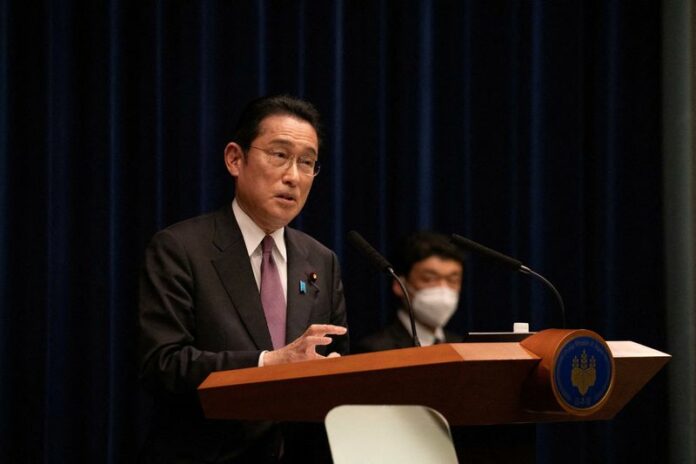 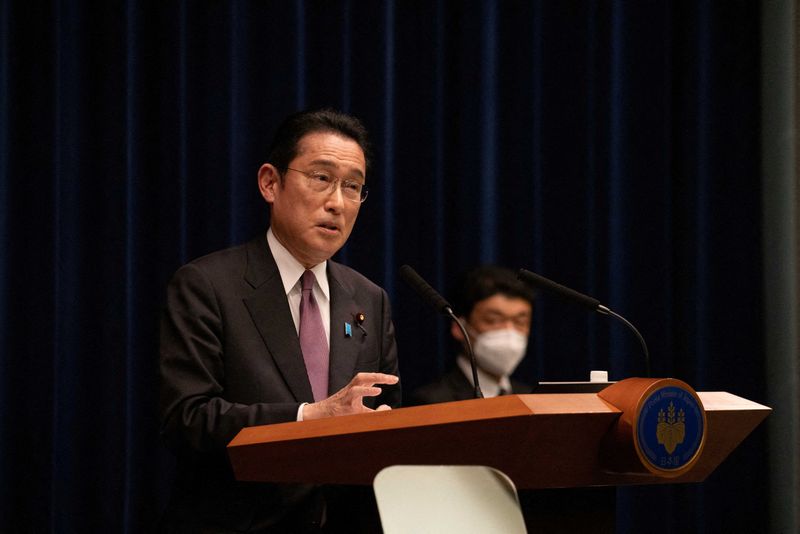 By Kaori Kaneko and Takaya Yamaguchi

TOKYO (Reuters) -Japan’s ruling Liberal Democratic Party (LDP) on Thursday urged the government to introduce jet fuel subsidies and launch a tourism campaign as part of a relief package to cushion the blow from global commodity inflation driven up by the Ukraine war.

While the proposal did not mention the size of spending, it called on the government to act swiftly by drawing on existing budget reserves of 5.5 trillion yen ($43.9 billion).

“Developments regarding Ukraine are hard to predict and prices for various necessities are rising,” the proposal said, adding the LDP will consider additional steps if commodity prices continue to rise.

Prime Minister Fumio Kishida has instructed his cabinet to compile measures to cushion the blow from rising fuel and food costs by the end of the month.

The administration wants to keep spending relatively small, government officials with knowledge of the matter have told Reuters, with Kishida instead hoping to unveil a bigger spending plan closer to an upper house election scheduled in July.

The officials were not authorised to speak to media and declined to be identified.

The LDP’s coalition partner Komeito, however, wants an extra budget to be crafted as soon as possible for bigger, immediate spending.

“It wouldn’t surprise me if the second package is sized around 10 trillion yen, given political pressure to spend big at the time of upper house elections,” he said.

Spiking costs for energy and food in particular have hit Japan’s economy already struggling to emerge from the COVID-19 pandemic.

The economy is expected to expand an annualised 4.9% this quarter, below an earlier prediction of 5.6%, according to a Reuters poll.