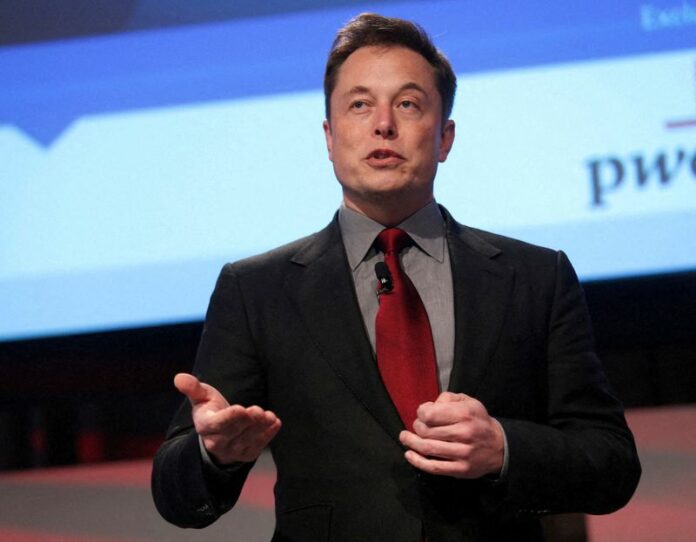 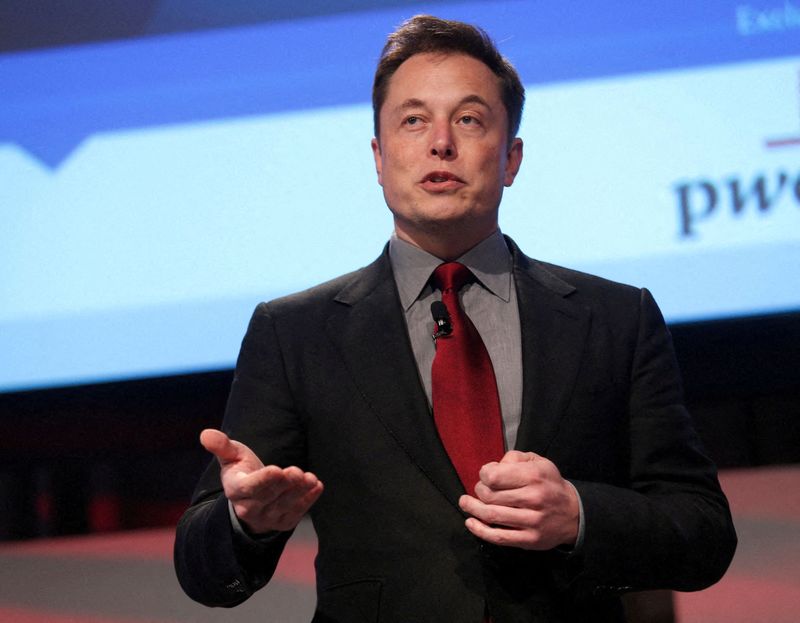 (Reuters) – Billionaire entrepreneur Elon Musk took aim at Twitter Inc (NYSE:TWTR) with a $43 billion cash takeover offer on Thursday, with the Tesla (NASDAQ:TSLA) CEO saying the social media company needs to be taken private to grow and become a platform for free speech.

“I think it’s very important for there to be an inclusive arena for free speech,” Musk, already San Francisco-based Twitter’s second-largest shareholder, said at a TED Talk in Vancouver when asked about his bid.

Musk made the bid on Wednesday in a letter to the board of Twitter – the micro-blogging platform that has become a global means of communication for individuals and world leaders – and it was made public in a regulatory filing on Thursday. His offer price of $54.20 per share represents a 38% premium to Twitter’s April 1 close, the last trading day before his 9.1% stake in the social media platform was made public.

Musk, the world’s richest person with a $273.6 billion fortune according to a Forbes tally, rejected an invitation to join Twitter’s board on Saturday after disclosing his stake, a move analysts said signaled his takeover intentions as a board seat would have limited his shareholding to just under 15%.

After his TED talk, Musk hinted at the possibility of a hostile bid in which he would bypass Twitter’s board and put the offer directly to its shareholders, tweeting: “It would be utterly indefensible not to put this offer to a shareholder vote.”

Twitter was evaluating the offer with guidance from Goldman Sachs (NYSE:GS) and Wilson Sonsini Goodrich & Rosati, according to a source. The company was also preparing a poison pill as a protective measure against Musk raising his stake as early as Friday, the source said.

Investors were not convinced.

Saudi Arabia’s Prince Alwaleed bin Talal tweeted from his verified account about the deal. Describing himself as one of the “largest & long-term shareholders of Twitter,” he said Musk’s offer undervalued the company and he rejected it.

Musk, for his part, told Twitter it was his “best and final offer” and said he would reconsider his investment if the board rejects it.

“This is not a way to sort of make money,” Musk said during the TED Talk.

“My strong intuitive sense is that having a public platform that is maximally trusted and broadly inclusive, is extremely important to the future of civilization,” Musk added.

Musk, a self-described “free speech absolutist,” has been critical of the social media platform and its policies, and recently ran a poll on Twitter asking users if they believed it adheres to the principle of free speech. More than 70% of the 2 million votes cast said “No”.

After Twitter banned former President Donald Trump over concerns around incitement of violence following last year’s U.S. Capitol attack by his supporters, Musk tweeted: “A lot of people are going to be super unhappy with West Coast high tech as the de facto arbiter of free speech.”

In remarks on Wednesday – before Musk’s announcement – Trump said he “probably wouldn’t have any interest” in returning to Twitter, where he had more than 88 million followers.

Twitter employees, some of whom were panicked over Musk’s impact on its ability to moderate content, attended an all-hands meeting on Thursday. Chief Executive Officer Parag Agrawal reassured them that the company was not being “held hostage” by news of Musk’s offer to buy the company, according to a source.

Musk said U.S. investment bank Morgan Stanley (NYSE:MS) was acting as financial adviser for his offer. He did not say how he would finance the transaction if it goes ahead, but told the TED talk audience he “had sufficient assets,” without saying more.

Musk sold more than $15 billion worth of his Tesla shares, about 10% of his stake in the electric vehicle maker, last year to settle a tax obligation.

Twitter’s lower-than-expected user additions in recent months have raised doubts about its growth prospects, even as it pursues big projects such as audio chat rooms and newsletters.

“The big question for the Twitter board now is whether to accept a very generous offer for a business that has been a serial underperformer and tends to treat its users with indifference,” said Michael Hewson, chief market analyst at CMC Markets.

Twitter will not decide on the fate of Musk’s bid on Thursday, according to a source familiar with the situation. What the board is discussing is the parameters of the valuation process and it would then ask its advisers to review the bid and await for the results, the source said.

Musk has amassed more than 80 million followers since joining Twitter in 2009 and has used it to make several announcements. Musk is bound by a 2018 settlement with the U.S. Securities and Exchange Commision requiring him to obtain pre-approval on some of his Twitter posts after he tweeted that he had “funding secured” to take Tesla private.

“If he really wants to take Twitter private his past run-ins with regulators might not pose an obstacle – but it might make potential financing sources leery of providing the cash for the deal – unless he is willing to pledge a large portion of his Tesla holdings to collateralize the debt,” said Howard Fischer, a partner at law firm Moses & Singer and former senior trial counsel at the SEC.

“It would be hard for any other bidders/consortium to emerge and the Twitter board will be forced likely to accept this bid and/or run an active process to sell Twitter,” Wedbush Securities analyst Daniel Ives wrote in a client note.

Musk admitted at the conference that success was not assured but his intent was to retain as many shareholders as allowed by law in a private company.

Asked if there was a “Plan B” if Twitter rejected the offer, Musk told the TED conference audience without elaborating: “There is.”