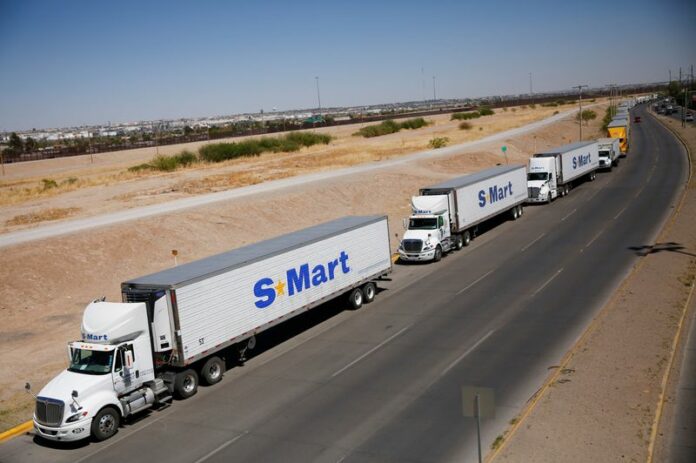 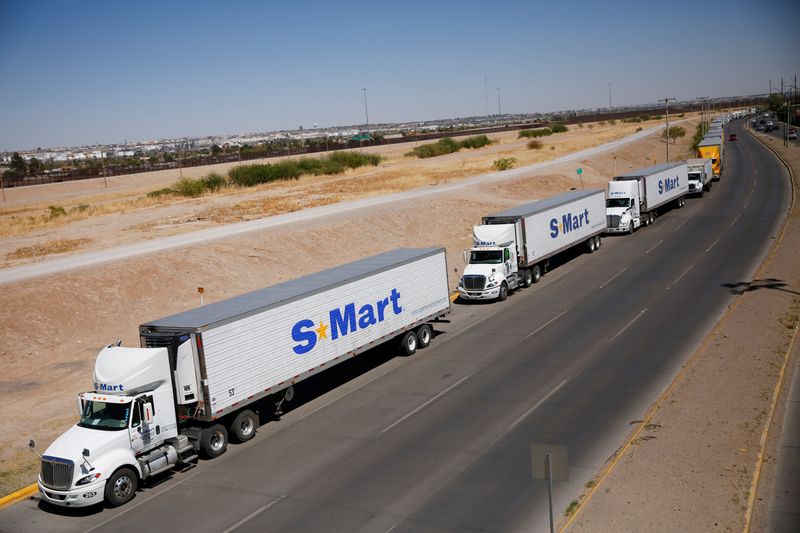 © Reuters. FILE PHOTO: Trucks wait in a queue to cross into the United States near in the Cordova of the Americas International border bridge connecting the city of Ciudad Juarez to El Paso, Texas, in Ciudad Juarez, Mexico April 13, 2022. REUTERS/Jose Luis Gonzalez/

WASHINGTON (Reuters) – U.S. import prices accelerated by the most in 11 years in March as Russia’s war against Ukraine boosted petroleum prices, another sign that high inflation could persist for a while.

Import prices jumped 2.6% last month, the largest rise since April 2011, after increasing 1.6% in February, the Labor Department said on Thursday. In the 12 months through March, prices raced 12.5%, the largest gain since September 2011, after advancing 11.3% in February. Economists polled by Reuters had forecast import prices, which exclude tariffs, increasing 2.3%.

The Russia-Ukraine war has driven up prices of oil and other commodities, like wheat and sunflower oil.

Government data this week showed monthly consumer prices increasing by the most in 16-1/2 years in March, while producer prices notched their largest gain since December 2009. The Federal Reserve in March raised its policy interest rate by 25 basis points and has signaled bigger rate hikes down the road.

Excluding fuel and food, import prices accelerated 1.2%. These so-called core import prices increased 0.7% in February. They jumped 7.1% on a year-on-year basis in March.

The report also showed export prices soared 4.5% in March, the largest since the monthly series started in January 1989, after advancing 3.0% in February.