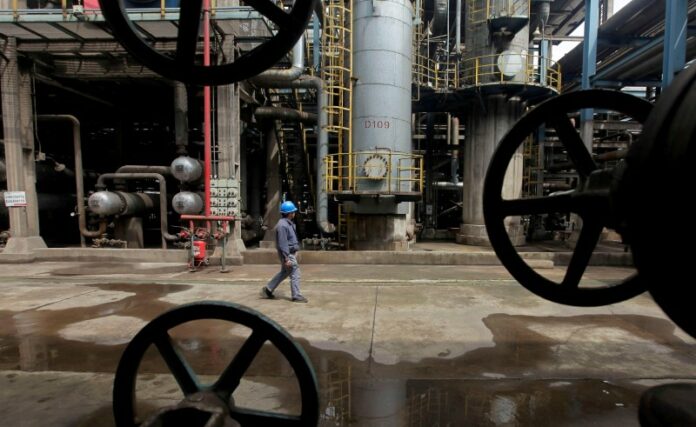 (Bloomberg) — Oil headed for its third weekly loss in four on concern over falling energy demand in virus-hit China and signals from the Federal Reserve that monetary policy will be tightened aggressively to contain inflation.

West Texas Intermediate dropped toward $103 a barrel in early Asian trading, and is more than 3% lower this week. China, the world’s biggest crude importer, has imposed a series of lockdowns in key urban centers to stamp out Covid-19. The restrictions have hurt mobility and slowed economic growth.

Investors are bracing for the U.S. central bank to hike interest rates at a rapid clip, with Chair Jerome Powell signaling two or more half percentage-point increases in comments on Thursday. The pivot has boosted the dollar, making commodities more expensive for holders of other currencies.

Oil remains more than 35% higher this year despite the recent weakness as the fallout from Moscow’s invasion of Ukraine continues to rattle markets and roil crude flows. There are calls for the European Union to ban Russian oil, matching steps taken by the U.S. and U.K. Support for prices has also come from interruptions to supplies from Libya amid a wave of protests.

As part of a strategy to contain inflation and soften gasoline prices, U.S. President Joe Biden has ordered a major release of crude from national stockpiles. Twelve companies were awarded all of the 30 million barrels offered from the Strategic Petroleum Reserve in the second sale, the Energy Department said Thursday. These are marked for May-July delivery.