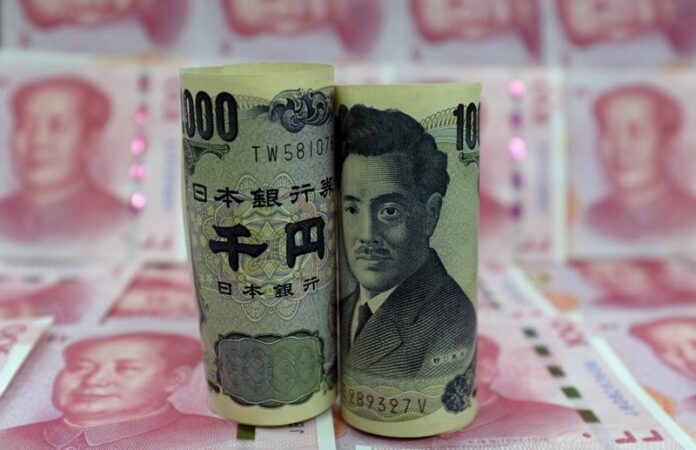 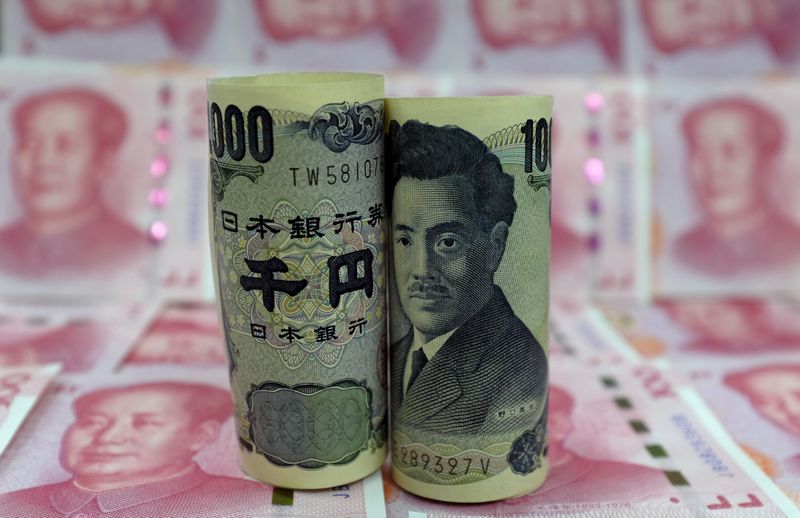 By Gertrude Chavez-Dreyfuss and Stefano Rebaudo

NEW YORK (Reuters) – The dollar surged to a more than two-year high on Friday, continuing to draw support from Federal Reserve Chair Jerome Powell’s comments on Thursday that seemed to back a half a percentage point tightening at next month’s policy meeting, as well as his remarks on a likely consecutive rate hikes this year.

“The macro fundamentals are still pointing to a higher dollar as short-term Treasury yields vs comparable maturity on sovereign yields are positive and inflation is high globally,” said Stan Shipley, fixed income strategist, at Evercore ISI in New York.

“These macro drivers work well until the dollar reaches a level where economic growth is significantly impaired and the credit worthiness of U.S. government debt is suspect,” he added.

Powell on Thursday said a half-point interest rate increase “will be on the table” when U.S. central bank meets on May 3-4. (Full Story)

Fed funds futures 0#FF: have started to price in a third 50-basis-point hike in July, after the same increase in May and June, and nearly 250 basis points of cumulative increases in 2022.

“Even if the Fed does back-to-back-to-back 50 basis-point hikes, that’s still at a rate that is at the bottom end or below neutral,” said Calvin Tse, head of Americas Developed Markets Strategy (FX, Rates, Equities), at BNP Paribas (OTC:BNPQY) in New York.

“They likely don’t feel that it’s excessive tightening because even after these hikes are put in place, policy will still be loose, still accommodative.”

ECB President Christine Lagarde struck a dovish tone on Thursday by saying the central bank might need to cut its growth outlook a day after ECB dove Luis de Guindos joined some policymakers in calling for an early end of the bank’s asset buying scheme coupled with a rate rise in July. (Full Story) (Full Story)

Investors are also waiting for Sunday’s run-off of French presidential elections between incumbent Emmanuel Macron and far-right challenger Marine Le Pen, with the latest polls showing Macron winning with 55% of the votes.

Le Pen’s win could provoke tensions with European allies and weigh on the euro, analysts said.

Sterling fell against the dollar to its lowest since November 2020 GBP= after sales data and recent Bank of England comments (Full Story) (Full Story) signalled a possible slowdown in the expected rate hike path.

Since the beginning of the year, the yen has lost more than 10% of its value against a resurgent dollar. A weak yen has raised the cost of import prices such as commodities, which are still priced in dollars.