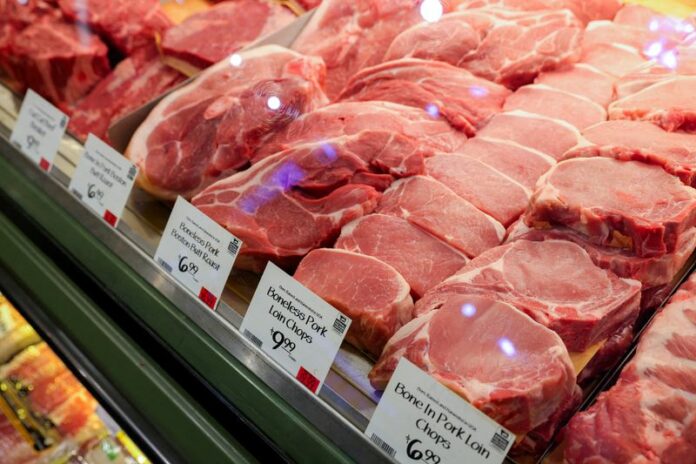 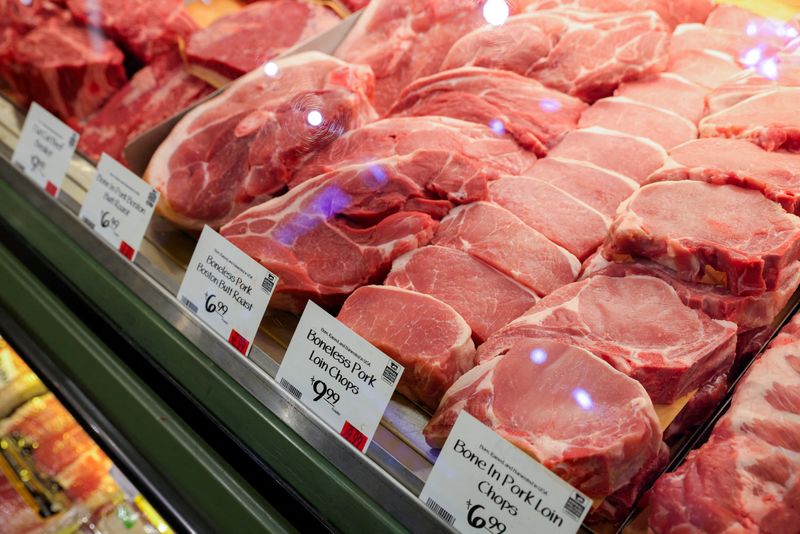 BENGALURU (Reuters) – The global streak of high inflation is far from over and aggressive monetary policy tightening will fall short in taming price pressures to mandated levels as broken supply chains are unlikely to mend anytime soon, Reuters polls showed.

Inflation in most countries has soared to multi-year highs, driven by a rebound in economic activity and a further straining of rampant supply chain disruptions.

While economists were expecting inflation to moderate this year with signs of supply shocks easing, Russia’s invasion of Ukraine and recent lockdowns induced by a resurgence in COVID-19 cases in parts of China, a major manufacturer, have derailed much of that optimism.

Analysis of global inflation data and the New York Federal Reserve’s Global Supply Chain Pressure Index (GSCPI), which gauges supply distortions, showed there is a stronger correlation now between supply chain disruptions and inflation than before the pandemic, particularly in the UK, the euro zone and the United States.

But there is a significant lag: while the GSCPI rose to its highest in Q4 2021, inflation was still months away from a peak.

That has made predicting inflation an even greater challenge for economists whose predictions have consistently been on the rise.

“I don’t think the supply chain disruptions are fully reflected in some of the inflation forecasts and that’s probably the reason why we might see forecasts go higher in the coming months,” said Brendan McKenna, international economist at Wells Fargo (NYSE:WFC).

“I still think there’s some catch-up to be done on that front. Banks and even central banks didn’t really fully appreciate the supply chain disruptions we saw last year and might continue to see this year, partly a factor of the Russian-Ukraine crisis.”

Forecasts of 46 economies polled for inflation this year are now 3.9 percentage points higher on average from late 2020, the first time inflation forecasts for 2022 were sought.

In addition to medians, ranges have also moved upward.

For 2023, forecasts have increased by 1.1 percentage points on average so far since early 2021. Going by the consistently increased forecasts over the past year there are likely to be further rises.

“People are slow to see these things because they don’t necessarily look far enough upstream towards the sources of production, nor do they necessarily account for the delays in transit,” said Willy Shih, professor of management practice at Harvard Business School and an expert on supply chains.

“There is a time lag in all these supply chains depending on how far upstream you go, but you won’t feel it until many weeks, or sometimes months, later.”

Supply chain disruptions and their impact on inflation remain largely out of central banks’ control, yet many have begun withdrawing ultra-loose monetary policy to control soaring inflation.

Projections so far show inflation in 29 of 39 economies surveyed with stated central bank targets will remain above mandates this year and 16 next year.

To further complicate matters, policymakers must tackle sticky inflation with a high risk of a significant economic slowdown – in some cases recession – lingering in the background. [ECILT/WRAP]

“Inflation tends to be a slow killer…. It may take a little bit more time before it really feeds into demand destruction and then the economy starts to slow down,” said Elwin de Groot, head of macro strategy at Rabobank. “I find it hard to accept growth does not slow because of inflation. That’s impossible.

“Inflation is no longer going to be as structurally low as we’ve seen after the global financial crisis and the past 10-15 years of slower inflation than central banks were aiming for; those times may be behind us.”