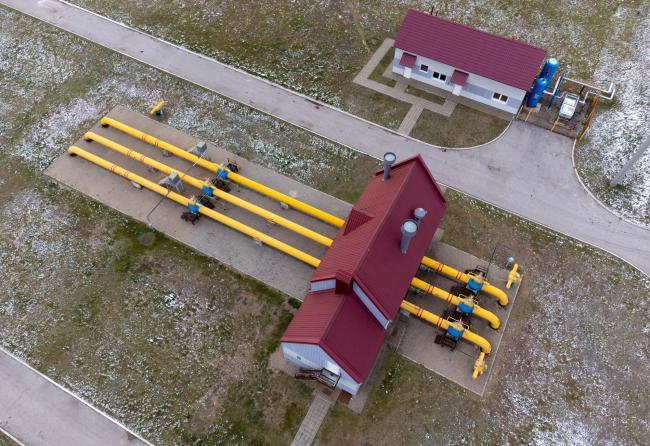 © Bloomberg. Pipework at the Kasimovskoye underground gas storage facility, operated by Gazprom PJSC, in Kasimov, Russia, on Wednesday, Nov. 17, 2021. Russia signaled it has little appetite for increasing the natural gas it transits through other territories to Europe as the winter heating season gets underway. Photographer: Andrey Rudakov/Bloomberg

(Bloomberg) — The European Union will provide more detailed guidance in the coming days on what companies can and can’t do under EU sanctions rules to address Russia’s demands to pay for gas in rubles, the bloc’s energy commissioner Kadri Simson said Monday.

Simson told reporters that the EU needs to give companies clarity that the Kremlin’s mechanism — that would require European companies to open euro and ruble accounts at Gazprombank — “is a violation of the sanctions and cannot be accepted.”

EU energy ministers met Monday in Brussels to discuss Russia’s demand after Moscow cut off gas supplies to Poland and Bulgaria last week for refusing to comply with its new demands. Simson called the decision “an unjustified breach of existing contracts” and said it should be seen as “a warning that any member state could be next.”

Barbara Pompili, France’s minister for ecological transition, said that all member states indicated that they will stick to EU guidelines on payment for gas. Hungary, which is highly dependent on Russian energy, has previously suggested it is open to paying in rubles to ensure continued deliveries.

Simson said the EU will also work on updating its gas preparedness plans and look at high-level coordination of measures aimed at curtailing demand.