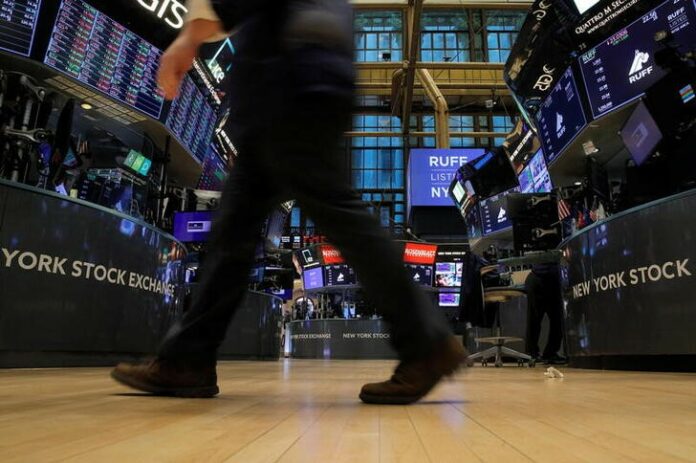 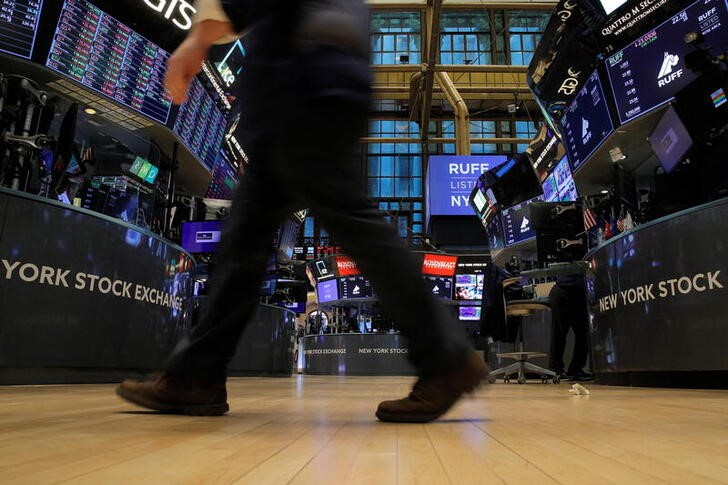 Investing.com — EU energy ministers meet to draft plans for an embargo on Russian oil, but crude prices slide, along with the yuan in response to weak Chinese economic data. Berkshire Hathaway’s annual meeting flies the flag for value investing in a troubled market, while the Bored Ape Yacht Club’s auction of NFTs brings the Ethereum blockchain to a temporary halt. Here’s what you need to know in financial markets on Monday, 2nd May.

The U.S. and EU continued to ratchet up pressure on Russia to abandon its invasion of Ukraine, with House Speaker Nancy Pelosi stating during an unannounced visit to Kyiv that the U.S. would support Ukraine “until victory is won.”

EU Energy Ministers meet in Brussels later Monday to discuss what is expected to be a phased embargo on Russian oil imports aimed at hobbling the Russian economy still further. Newswire reports suggest that exemptions may be offered to Hungary and Slovakia to ensure the necessary unanimous support. Germany, the pivotal player, has already dropped its previous opposition to such a step.

German Chancellor Olaf Scholz is expected to invite the leaders of India, Indonesia, Senegal and South Africa to the upcoming G-7 summit in an attempt to rally emerging markets behind the West’s pressure tactics, amid widespread reluctance to dance to the tune of the U.S. and former colonial powers.

Russia appears to have alienated one key player, however. Israel summoned the Russian ambassador and publicly lambasted Foreign Minister Sergey Lavrov after he repeated unsubstantiated urban myths to Italian media, saying that Adolf Hitler had Jewish blood and that Jews themselves were the worst antisemites.

The scale of the economic damage to China’s economy from its Zero COVID policy become ever more apparent. China’s official manufacturing purchasing managers’ index fell to 47.4 in April, clearly in contraction territory, as a result of the lockdowns in Shanghai, Jilin and elsewhere. The official services PMI fell even more sharply.

While reported case numbers continue to edge down in Shanghai, they are unabated in Beijing, which ordered two more rounds of mass testing on Monday. The capital, with its 21 million inhabitants, has already closed gyms and cinemas and banned indoor dining during the three-day holiday, which ends on Wednesday.

The news pushed the offshore yuan down by another 0.5%, while industrial metals prices recoiled at the prospect of further disruptive lockdowns. Copper prices fell 2.6% to touch their lowest level since December.

U.S. stock markets are set to open with a modest bounce after the horror show on Friday that closed out the worst month for stocks since the depths of the pandemic in 2020.

Outperforming a little in premarket trading was Berkshire Hathaway (NYSE:BRKa) stock, after Warren Buffett chaired his company’s annual shareholder meeting at the weekend. Buffett splashed out around $1 billion on U.S. stocks in the first quarter, with Chevron (NYSE:CVX) and Allegheny (NYSE:ATI) standing out as the group’s biggest conviction plays, and Activision Blizzard (NASDAQ:ATVI), the target of some heavy merger arbitrage buying.

The Ethereum blockchain ground to a temporary halt as Yuga Labs, the company behind the Bored Apes Yacht Club meme series, raised the equivalent of $320 million in the digital currency through an auction of ‘virtual land’ in Otherside, a planned metaverse game and the latest extension of the Bored Ape franchise. The NFTs were payable in ApeCoin, a digital currency that runs on the Ethereum blockchain.

The incident does little to support the argument that Ethereum is better adapted to upscaling than Bitcoin, but the robust underlying demand for Yuga’s intellectual property does at least validate some of the sharp rise in ApeCoin in anticipation of the sale, even though that rally has now largely unwound.

Crude oil prices fell sharply in response to the economic data out of China, with the pessimism amplified by perceptions that the country’s leadership is too politically invested in the Zero COVID policy to change course.

The prospect of an EU oil embargo has now been largely priced in, with focus turning to Thursday’s meeting of OPEC and non-OPEC energy ministers to discuss production levels. Russia’s inability to produce its full quota under the bloc’s agreement is raising the incentive for other producers to increase their output – insofar as they can. Libya, an OPEC member not bound by production quotas, has seen its output drop back to 0.5 million barrels a day due to fresh instability between warring factions in recent days.