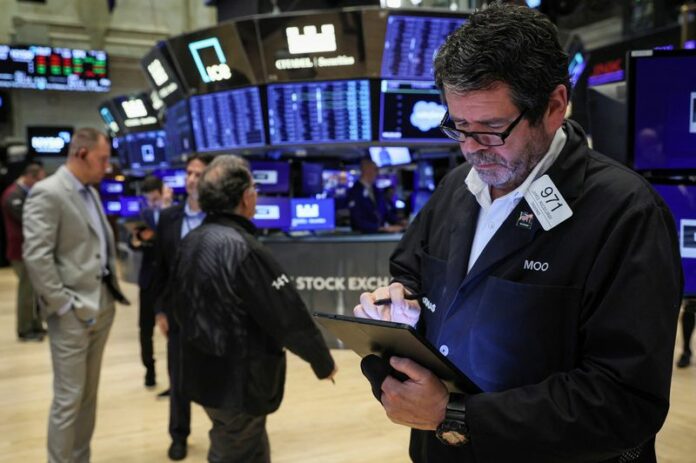 Wall Street ends higher after choppy session ahead of Fed 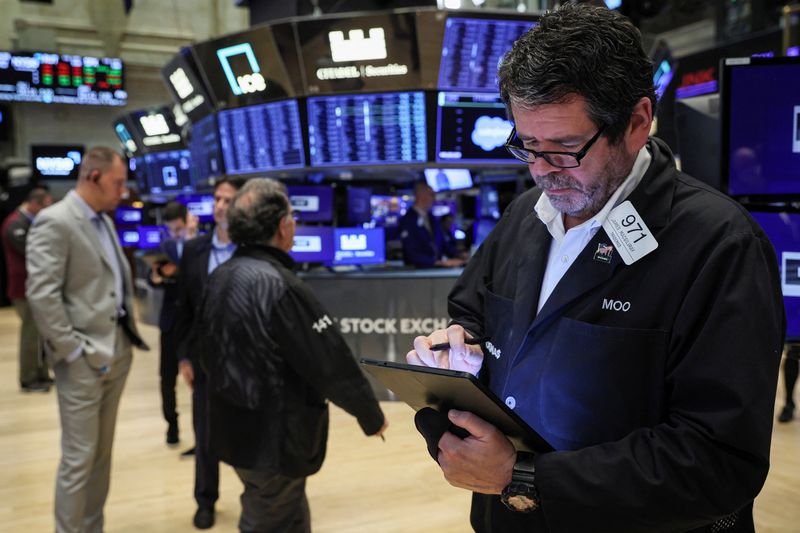 By Devik Jain and Echo Wang

(Reuters) – Wall Street stocks ended higher on Tuesday after a choppy session in which each of the major indexes fluctuated between gains and losses as a key meeting of the Federal Reserve got under way.

Investors picked up shares of financials and technology companies ahead of Wednesday’s expected announcement by the Fed.

The U.S. central bank kicked off its two-day policy meeting on Tuesday. Traders see a 99.9% chance of a 50 basis-point hike on Wednesday, according to CME’s FedWatch Tool https://www.cmegroup.com/tools-information/quikstrike/treasury-watch.html, which would mark the largest rate hike by the Fed since May 2000. [IRPR]

The spotlight stays on Fed Chair Jerome Powell’s news conference on Wednesday for comments on the future path of interest rates and balance-sheet reduction.

“The number one driver of all the market volatility over the last several months has been the Fed and the Fed hawkish rhetoric, so getting an update from them at a Powell press conference (on Wednesday) is a major catalyst and I think the market now is kind of just in waiting mode,” said Ross Mayfield, investment strategist at Baird in Louisville, Kentucky.

In April, Wall Street was hammered by uncertainty around the Fed’s ability to engineer a soft landing for the economy, mixed earnings from some big growth companies, the war in Ukraine and pandemic-related lockdowns in China.

The indexes were boosted by stocks including Apple Inc (NASDAQ:AAPL), Tesla (NASDAQ:TSLA) Inc and Exxon Mobil Corp (NYSE:XOM), which rose between 0.7% and 2.1%.

Estee Lauder (NYSE:EL) Cos Inc slumped 5.8% after the cosmetics maker cut its full-year profit forecast due to fresh COVID-19 restrictions in China and the Russia-Ukraine crisis.

Western Digital Corp (NASDAQ:WDC) jumped 14.5% as the largest percentage gainer on the S&P 500 after activist investor Elliott Investment Management urged the company to separate its Flash business and offered to invest $1 billion to facilitate a sale or a spin-off of the business.

Volume on U.S. exchanges was 11.35 billion shares, compared with the 11.88 billion average for the full session over the last 20 trading days.

Advancing issues outnumbered declining ones on the NYSE by a 1.92-to-1 ratio; on Nasdaq, a 1.26-to-1 ratio favored advancers.