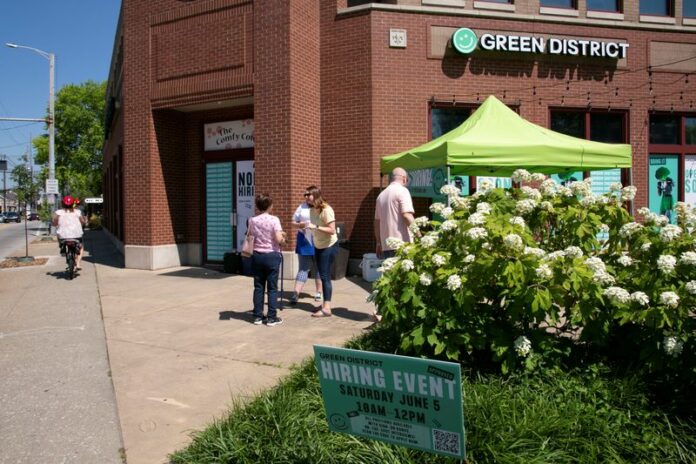 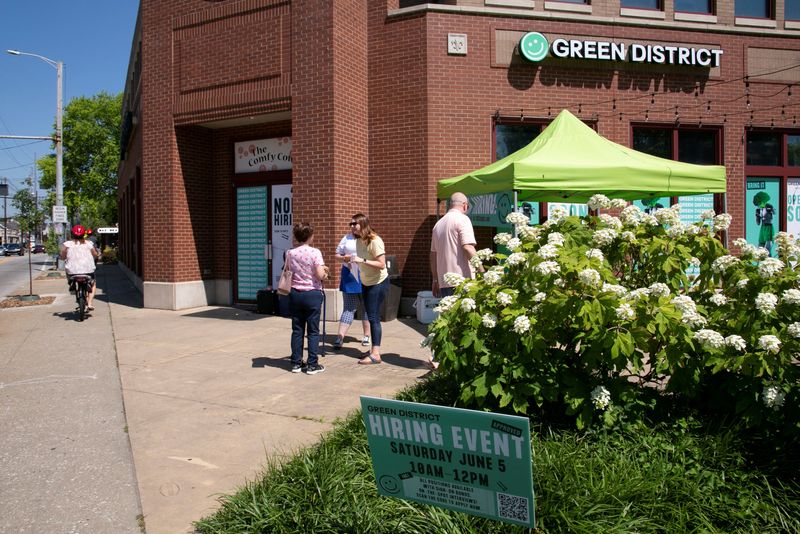 WASHINGTON (Reuters) – When Georgia matched its record low unemployment rate of 3.4% last October, officials in the southern U.S. state could, in an important sense, mark the COVID-19 pandemic’s economic impact as being behind them.

As the rate fell steadily and hit 3.1% in March, they realized trouble of a different sort had arrived as businesses struggled to fill vacancies, raising wages and benefits to lure workers and passing on the costs to customers through higher prices, with no relief in sight.

“We are setting records in total workforce, total employment, the fewest unemployed since the early 2000s and we are a much bigger state. This is not a problem anybody has ever seen at this scale … You can throw out the book,” Georgia Commissioner of Labor Mark Butler said. “People are not saying this is a great problem to have. It is the flip side of a bad economy. You have a situation where orders are skyrocketing and you cannot get personnel.”

Indeed, the imbalance between labor supply and demand in Georgia is among the most acute in the country, according to federal data pointing to a difficult adjustment ahead as jobs and workers reshuffle for the post-pandemic world.

Federal Reserve officials have noted the current national ratio of 1.9 jobs for every unemployed worker as a key issue in their drive to control inflation, a mismatch that is pushing wages, benefits and, in turn, prices higher.

But in some states like New York and California the ratio of unemployed to available jobs is closer to 1-to-1, while clusters of states in the Southeast, Midwest and West have more than double or even triple the number of open jobs as they do available workers.

In Georgia the ratio was 2.73-to-1 as of February, the latest month for which federal estimates of state-level job openings are available. While the states with the highest imbalances tend to be middle-sized or smaller in population, they are responsible for an outsized share of the country’s overall excess demand for jobs. That may make a rightsizing slower to come if it requires workers to relocate, or more painful if it comes from tougher Fed monetary policy that destroys employment demand.

To some economists, the situation shows the blunt force of Fed interest rate hikes clashing with long-term demographic, immigration and other trends contributing to the worker shortage. In March, 17 states including Georgia matched or exceeded their record-low unemployment rate, and strong hiring through April may mean more will follow.

The Labor Department is due to release the April employment report on Friday. Economists polled by Reuters estimate firms added 400,000 jobs last month and the unemployment rate fell to 3.5%, a level the Fed did not expect until the end of the year and one which the U.S. economy has rarely sustained.

A larger or faster growing labor force would ease the pressure for wage increases, while also allowing greater supply of goods and services to attack inflation from a second direction.

“The challenge for the Fed is not just inflation,” said Nela Richardson, chief economist at payroll processor ADP. “It is inflation in an environment where the things that had worked to keep wages moderate are not in existence to the same extent. Immigration. Labor supply is being challenged. The workforce is smaller. It is aging.”

The Fed’s rate-setting committee gathered for a two-day policy meeting on Tuesday. A policy statement is due to be released at 2 p.m. EDT (1800 GMT) on Wednesday, followed by Fed Chair Jerome Powell’s news conference half an hour later.

The U.S. central bank is expected on Wednesday to raise its benchmark overnight interest rate by half a percentage point, a move that would follow on the heels of a quarter-percentage-point rate increase in March, and announce plans for reducing its nearly $9 trillion in assets.

The aim of the rate hikes is to tame inflation that is easily outrunning the Fed’s 2% target and has become a growing concern over the past year. It began with a large jump in prices for a handful of notable goods in high demand because of the pandemic, like used automobiles, but it has since broadened, with labor costs now cited by Fed officials as an unsustainable piece of the puzzle.

The uncertainty runs deep through the U.S. economy, incorporating questions like why government employment, which dropped sharply at the start of the pandemic as in-person schooling and other services were suspended, remains about 3.5% short of where it was before the health crisis.

There was plenty of money between nearly a trillion dollars in federal pandemic payments to state and local governments and unexpectedly strong tax receipts, said Louise Sheiner, a former Fed economist who is now the policy director for the Hutchins Center on Fiscal and Monetary Policy.

But governments may have been priced out by the wage increases offered by private-sector employers, reluctant to match those rates on the basis of one-time federal payments yet potentially leaving more jobs to eventually fill.

“It is the huge irony. After all this money … if we say what sectors of the economy are still sort of holding back in terms of employment, state and local (government) is a big one,” Sheiner said.

To get those and other jobs all filled will take time. It was years after the end of the 2007-2009 financial crisis and recession that U.S. labor force participation took what was an unexpected turn higher. The changes that take place after recessions, from the personal choices individuals make about work to the skills and technologies needed in different occupations, means the process of matching jobs to workers can be slow at first.

But the process can accelerate, and Fed officials are hoping that the labor market will catch up before the U.S. central bank’s monetary tightening has to take too many jobs off the table.