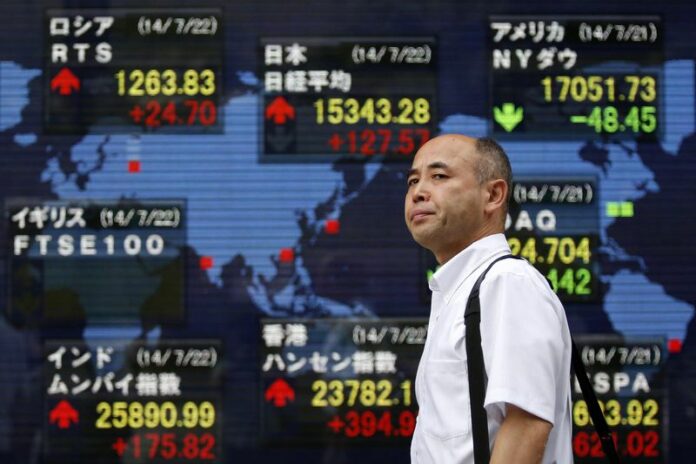 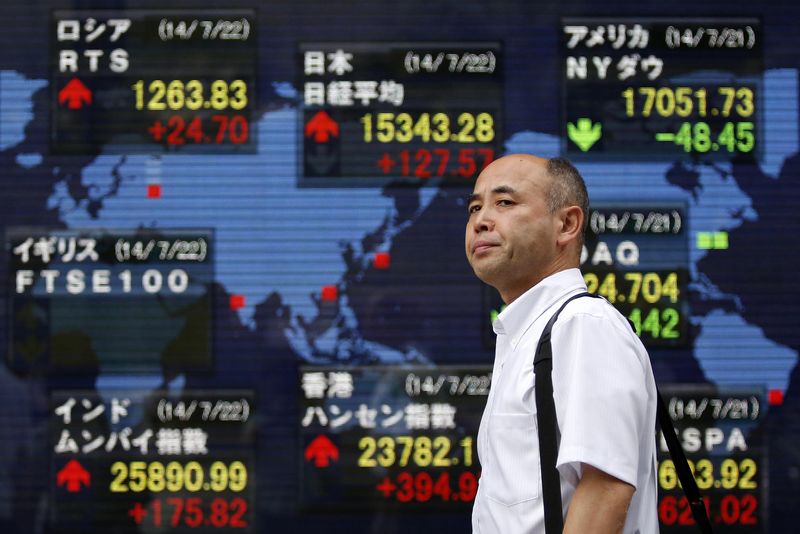 Investing.com – Asia Pacific stocks were mostly up on Wednesday morning, and bonds are under pressure, ahead of the U.S. Federal Reserve’s latest policy decision. Investors are bracing for the biggest interest rate hike since 2000 while awaiting further clues on how aggressively the central bank will tackle inflation.

In Australia, the ASX 200 inched down 0.07%, with retail sales figures for March 2022 released earlier in the day.

Chinese and Japanese markets remain closed for a holiday.

In the U.S., S&P 500 and Nasdaq 100 contracts climbed higher. They were boosted by a second consecutive daily rally in U.S. shares, despite volatile trading, on Tuesday.

Bonds fell as most central banks are moving towards tightening their monetary policies, and yields climbed in Australia and New Zealand. There is no cash trading due to the holiday in Japan.

In its policy decision, which will be handed down later in the day, the Fed is widely expected to hike interest rates by 50 basis points and detail plans for the reduction of its balance sheet.

A critical component of the decision will be Fed Chairman Jerome Powell’s comments. Should he deliver comments that are more hawkish than expected, it could raise concerns about an economic slowdown in the U.S. as borrowing costs rise.

“There is a difficult set up in general for risk assets” as valuations remain stretched despite a drop in equities, Goldman Sachs & Co. LLC chief investment officer for public markets equity Kathryn Koch told Bloomberg. “Some people think stagflation is a real risk,” she added.

Swap traders have already fully priced in half-point Fed moves for June, July, and September 2022, the most aggressive trajectory in three decades. However, any hints of a 75-basis-point increase could negatively impact markets.

“The Fed remains very focused on bringing inflation down, however, any further hawkish pivots will likely be tempered to some extent by the desire to achieve a soft landing,” T. Rowe Price Group Inc. U.S. economist Blerina Uruci said in a note.

The Bank of England will hand down its policy decision on Thursday, and the U.S. jobs report for April 2022, including non-farm payrolls, will follow a day later.

Elsewhere, the dollar index remained near two-year highs. This reflected investor caution over risks including tighter monetary policy, ongoing COVID-19 lockdowns in China, and the war in Ukraine perpetrated by the Russian invasion on Feb. 24.

Oil traded near the $103 mark, with the Organization of the Petroleum Exporting Countries and allies (OPEC+) convening virtually for its monthly meeting on Thursday. Gold was little changed.