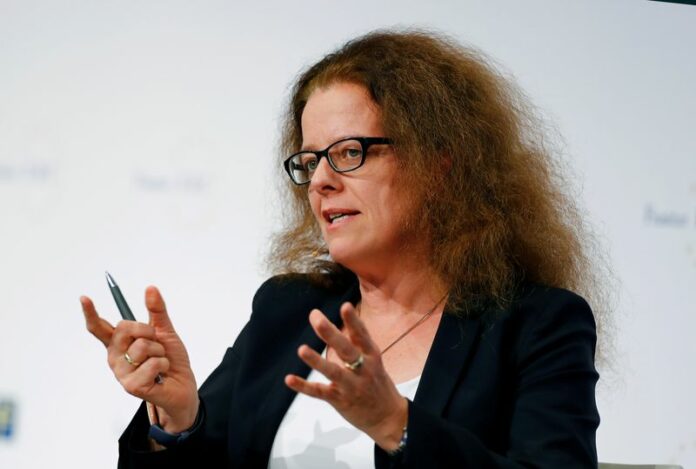 “Talking is no longer enough, we need to act,” Handelsblatt quoted Schnabel as saying. “From today’s perspective, a rate increase in July is possible in my view.”

A precursor to any rate hike must be the end of bond purchases, and this could come at the end of June, said Schnabel, the ECB’s head of market operations.

Conservatives on the ECB’s 25-member Governing Council have been increasingly calling on the central bank to curb its ultra-easy policy to combat inflation, and most see two to three rate hikes before the end of the year.

The ECB last raised rates in 2011 and has kept its benchmark deposit rate, now at minus 0.5%, in negative territory since 2014.

Markets currently price 97 basis points of rate hikes for the rest of the year, indicating that increases are expected in each policy meeting from July onwards.

The ECB will next meet on June 9, when the asset purchases are set to be ended, followed by a meeting on July 21.

Schnabel said she did not expect the euro zone to fall into stagflation – a period of zero growth coupled with high inflation – but said the ECB’s main role was to fight off rapid price growth and not to prop up the economy.

She added, however, that the ECB would act on any unwarranted increase in the spread of yields between the bloc’s core and periphery.