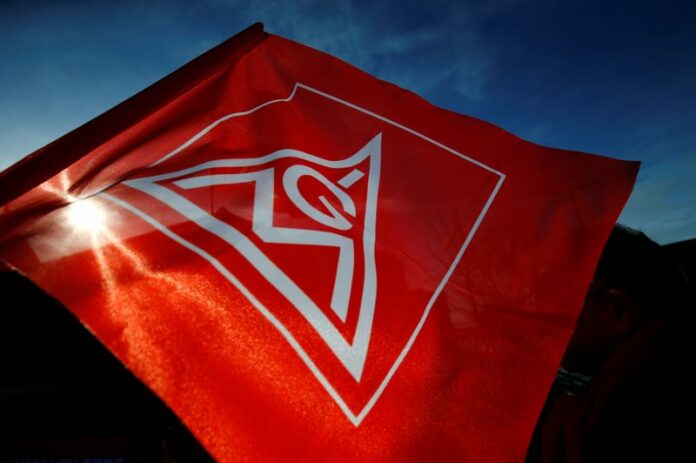 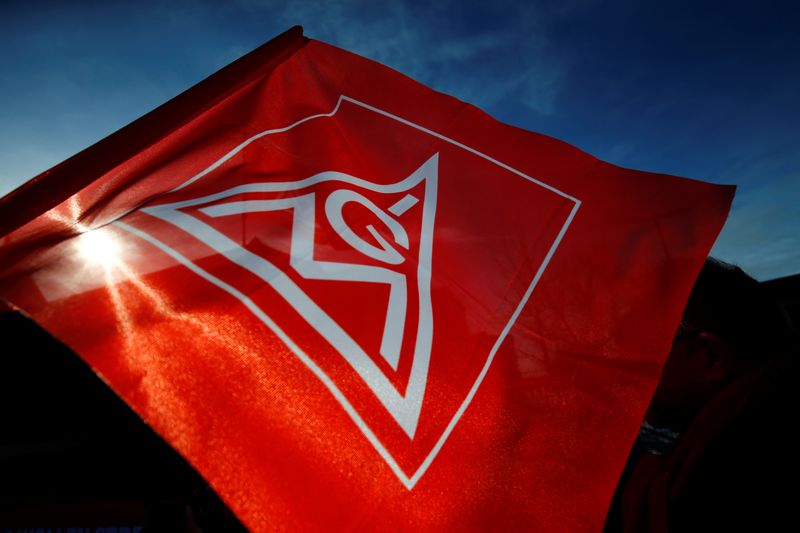 FRANKFURT (Reuters) – Wage growth in Europe is still barely visible but underlying pressures are intense and the European Central Bank may already have left it too late to stop strong income growth from seeping into record-high inflation.

The ECB has been curbing stimulus by the smallest possible increments despite record inflation, arguing that wage growth, a precondition for durable inflation is absent, so prices are bound to moderate once the energy shock passes.

That argument is on increasingly shaky ground, however, and the ECB can ill afford to wait for hard data as they need to preempt and not react to runaway wages, analysts and policymakers argue.

Indeed, conditions for a surge in wages are already set and there is evidence that a rise is happening, even if government agencies will need time to collect the data.

“The data are backward-looking and we need to pursue a forward-looking monetary policy,” ECB board member Isabel Schnabel said this week.

“So we can’t afford to wait until a wage-price spiral has already set in before responding,” she told German newspaper Handelsblatt. “We need to act.”

The evidence so far is patchy but all point in the same direction, making the case for rapid ECB action.

ECB chief economist Philip Lane has long argued that wage growth of 3% would be consistent with inflation settling at the bank’s 2% target and recorded increases have been well below 2%.

But JPMorgan (NYSE:JPM)’s Greg Fuzesi sees wage growth already rising to 2.3% in the first quarter, before big wage negotiations take place and even this figure is at risk of coming in higher.

Marco Valli, an economist at UniCredit, meanwhile, said that his models indicate a surge in negotiated wage growth to over 4% this year.

Sharp (OTC:SHCAY) increases in inflation have caused the cost of living to jump across the euro area, making it a hot issue politically. Trade unions who were willing to forego big wage demands during the early months of the pandemic now need to recoup their members’ lost purchasing power.

A key additional reason for the expected jump in wages is that the euro zone labour market is in its best shape in decades.

Unemployment is at a record low 6.8% with further drops expected, and employment, at nearly 162 million, is higher than it has ever been.

“There is anecdotal evidence that companies are already paying some kind of inflation compensation on top of collectively agreed pay,” Deutsche Bank (ETR:DBKGn) said. “There is a clear risk that our current forecast of an annual 3.5% rise in 2022 effective (German) wages might be too low.”

With underlying inflation excluding food and fuel prices already at almost 4%, waiting for wage growth to take hold risks fuelling even more inflation. This could then entrench high price growth in a difficult-to-break spiral.

ECB chief Christine Lagarde has already warned that the longer inflation stays high, the more likely it is to factor into wage negotiations.

Longer-term inflation expectations are at 2.5%, indicating market doubts about the ECB’s willingness to rein in prices.

Policy tightening will not lower energy prices but will confirm the ECB’s commitment to its 2% target, a signal to firms and unions as they negotiate pay.

But policymakers agree with Schnabel that talk is no longer enough, so the ECB must end bond purchases within weeks and start raising rates, getting back at least to zero by the end of the year. [L8N2WM08Y]

“Like the Fed, the ECB is behind the curve and thus is playing catch up, even if the ECB is unlikely to move as quickly or as far as the Fed,” BNP Paribas (OTC:BNPQY) said. “Wage growth is quickly gathering momentum.”