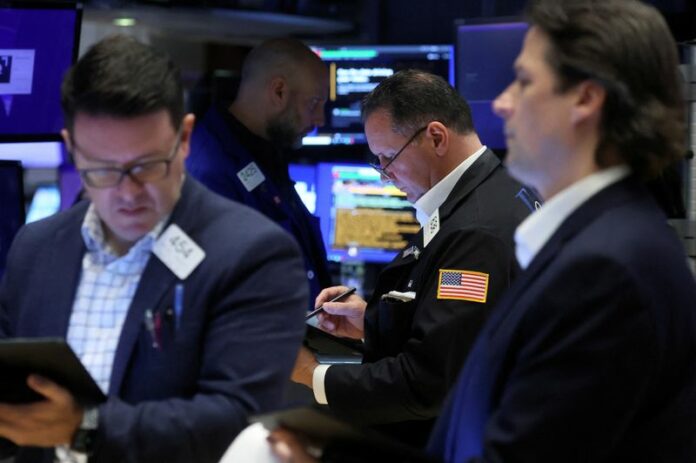 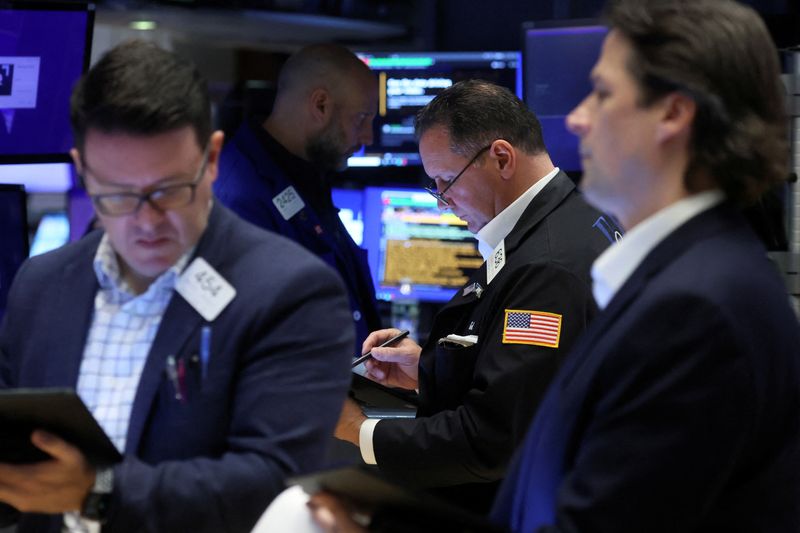 NEW YORK (Reuters) – A jump in U.S. real yields back into positive territory is a sign that a hawkish Federal Reserve is succeeding in tightening some financial conditions, but the jury is still out on how much of an impact higher rates will have on inflation.

The U.S. central bank will likely increase rates by half a percentage point this week and launch quantitative tightening – the reversal of a bond buying program that injected extra liquidity in the pandemic-hit U.S. economy, but also contributed to its overheating as consumer demand picked up.

Plans to tighten monetary conditions have led to a selloff in U.S. bond markets this year and to rising yields on Treasury Inflation-Protected Securities (TIPS), also known as real yields because they subtract projected inflation from the nominal yield on Treasury securities.

Yields on the 10-year TIPS had been in negative territory since March 2020, meaning investors would have lost money on an annualized basis when buying a 10-year Treasury note, adjusted for inflation, but they jumped about 20 basis points on Monday from negative 0.057% on Friday.

“Negative real rates for the last two years incentivized everything from buying crypto to even gold, housing, stocks, basically anything that had a higher yield,” said George Goncalves, head of U.S. macro strategy at MUFG.

“Now that they are turning positive, it’s definitely a tightening of financial conditions,” he said.

Positive real yields are typically a sign of a good economic outlook. Rising real yields in recent weeks, however, have come with expected hikes from the Fed as the central bank embarks on an urgent need to contain inflation.

For Dave Plecha, global head of fixed income at Dimensional Fund Advisors, the market is pricing not only the Fed’s actions but also the effects of monetary tightening. He added that real yields turning positive on the far end of the curve reflects a movement toward historical averages.

The 10-year breakeven inflation rate – which shows inflation expectations by measuring the yield spread between 10-year TIPS and 10-year Treasury notes – declined to 2.91% this week, further retreating from 3.14% hit last week, the highest since at least September 2004.

Tighter monetary policies are starting to have an impact on interest rate-sensitive sectors, such as mortgages, with demand starting to ebb in recent weeks. Junk bond spreads have also widened – although not to the extent seen in the early days of the pandemic.

The risk is that while the market may be pricing in lower inflation expectations due to a less accommodative Fed stance, prices will continue to remain elevated because of supply dynamics which are driven by factors over which central banks have no control, such as the Ukraine crisis or new waves of the COVID-19 pandemic.

“I don’t really believe that just within a short period of time … any of us are going to be able to see any real changes in inflation dynamics,” said Yvette Klevan, managing director on the Global Fixed Income team at Lazard (NYSE:LAZ) Asset Management.

Money market futures tied to the Fed’s policy rate show heavy bets on the Fed funds rate hitting about 2.8% by the end of the year, compared with the current 0.33% level. Rate futures also priced in about 250 bps of tightening in 2022. [FEDWATCH]

But the Fed and other central banks may not be able to tighten conditions to the degree markets are expecting, said Klevan. “Over the next year, I would lean on the side of saying that I don’t think all of those hikes that are priced in are going to be realized,” she said.