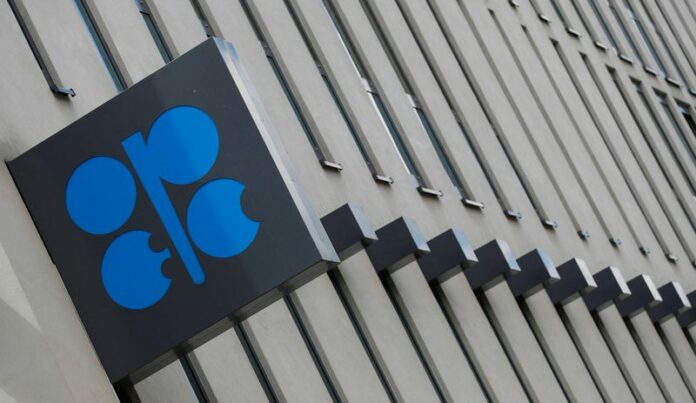 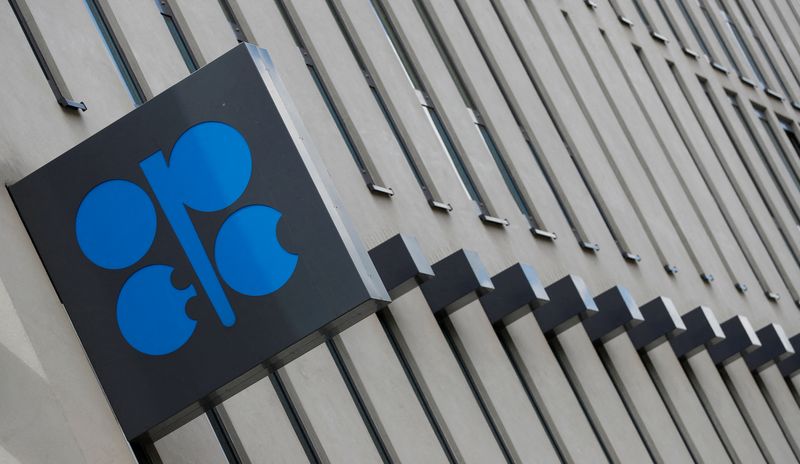 © Reuters. FILE PHOTO: The logo of the Organization of the Petroleoum Exporting Countries (OPEC) is seen at OPEC’s headquarters in Vienna, Austria June 19, 2018. REUTERS/Leonhard Foeger

LONDON (Reuters) -OPEC+ is likely stick to its plan for modest oil output increases on Thursday, arguing that the producer group cannot be blamed for global supply disruptions and saying China’s coronavirus lockdowns threaten the outlook for demand.

Five OPEC+ delegates said the group was set to agree to increase its June output target by 432,000 barrels per day, in line with its existing plan to unwind output curbs made during the worst of the COVID-19 pandemic in 2020.

The Organization of Petroleum Exporting Countries and allies including Russia, which together make up OPEC+, hold formal ministerial talks at 1130 GMT after a meeting of the advisory Joint Ministerial Monitoring Committee.

The meeting comes against a backdrop of surging oil prices, which hit their highest since 2008 at more than $139 a barrel in March after Russia’s invasion of Ukraine exacerbated supply concerns that were already fuelling a price rally.

“I do not think a new decision will be made,” one of the delegates said. Another said it was “highly expected” that the meeting would be short and stick to the plan.

The OPEC+ meeting comes a day after the European Union proposed a phased embargo on Russian oil in its toughest measures yet over the war in Ukraine, which Moscow calls a “special military operation”.

The embargo will likely force Russia to reroute flows to Asia and cut production steeply, while the EU will compete for the remaining available supply – both factors likely to support elevated crude prices.

“OPEC+ continues to view this as a problem of the West’s own making and not a fundamental supply issue that it should respond to,” said Callum Macpherson from Investec.

He said only Saudi Arabia and the United Arab Emirates had capacity to lift supply significantly, adding: “If they were to do so, the ensuing falling out with Russia could bring an end to OPEC+.”

OPEC Secretary General Mohammad Barkindo said on Wednesday it was not possible for other producers to replace Russian exports of more than 7 million bpd. “The spare capacity just does not exist,” he said.

The Brent crude oil benchmark rose on Thursday to trade above $111. [O/R]

The United States has repeatedly asked OPEC to raise production, but the Saudi-led organisation has resisted the calls amid strained relations with Washington.