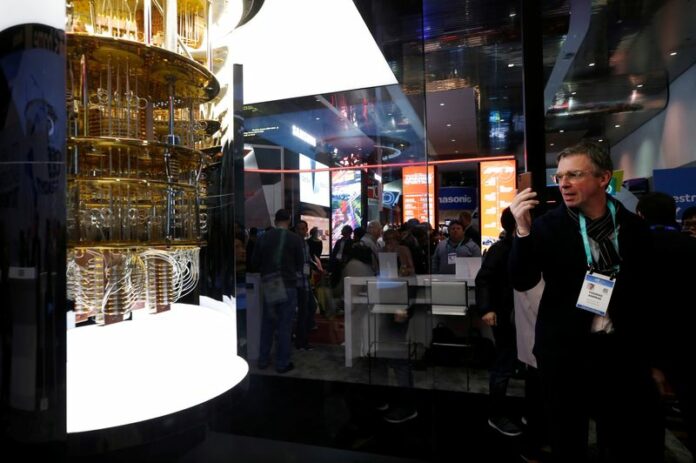 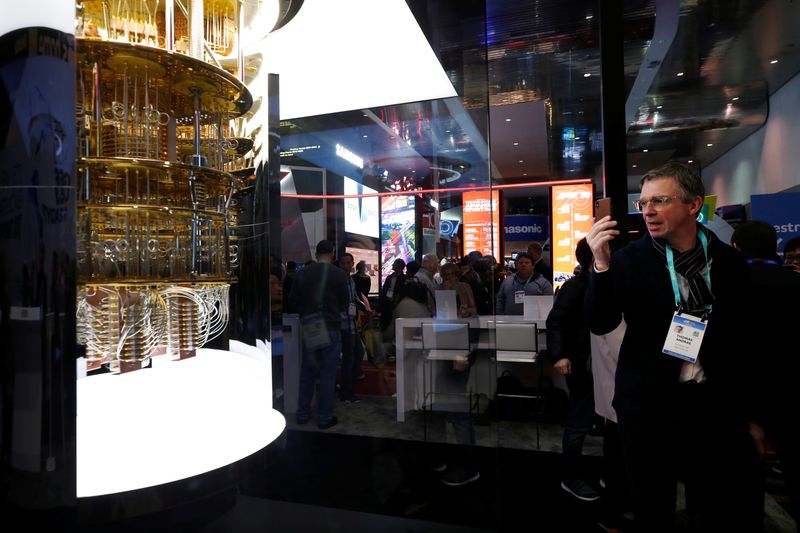 © Reuters. FILE PHOTO: A man takes a photo of a model of the IBM Q System One quantum computer during the 2020 CES in Las Vegas, Nevada, U.S. January 7, 2020. REUTERS/Steve Marcus

(Reuters) – The White House on Wednesday will announce a slate of measures to support quantum technology in the United States while laying out steps to boost cybersecurity to defend against the next generation of supercomputers.

The U.S. and other nations are in a race to develop quantum technology, which could fuel advances in artificial intelligence, materials science and chemistry. Quantum (NASDAQ:QMCO) computers, a main focus of the effort, can operate millions of times faster than today’s advanced supercomputers.

Unlike a classic computer, which performs calculations one at a time, a quantum computer can perform many calculations at the same time.

President Joe Biden will sign an executive order aimed at strengthening the National Quantum Initiative Advisory Committee, the government’s independent expert advisory body for quantum information science and technology. The order places the advisory committee directly under the authority of the White House, helping ensure the president and other key decision makers have access to the latest information.

The White House is expected to name the members of the boards in the upcoming weeks.

Biden will also sign a national security memorandum outlining the administration’s plan to address the risks posed by quantum computers to America’s cybersecurity.

A senior administration official said research shows that quantum computers will soon reach a sufficient size and level of sophistication needed to break much of the cryptography that currently secures digital communications on the internet.

“The presidential directives being released will help us balance the scientific and economic imperatives to move fast with our obligation to protect our people, communications and investments,” the senior administration official said.

The memorandum offers a road map to federal agencies to update their information technology systems to help defend against complex quantum attacks, establishing goals and milestones. It also establishes a working group between the public and private sectors to generate research and collaborate on quantum resistant standards.