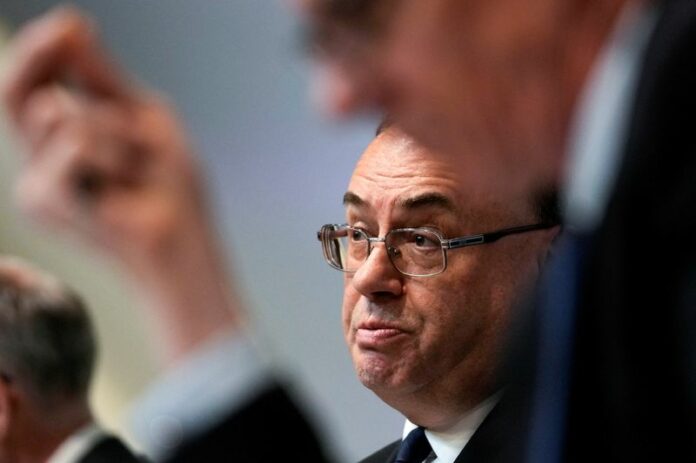 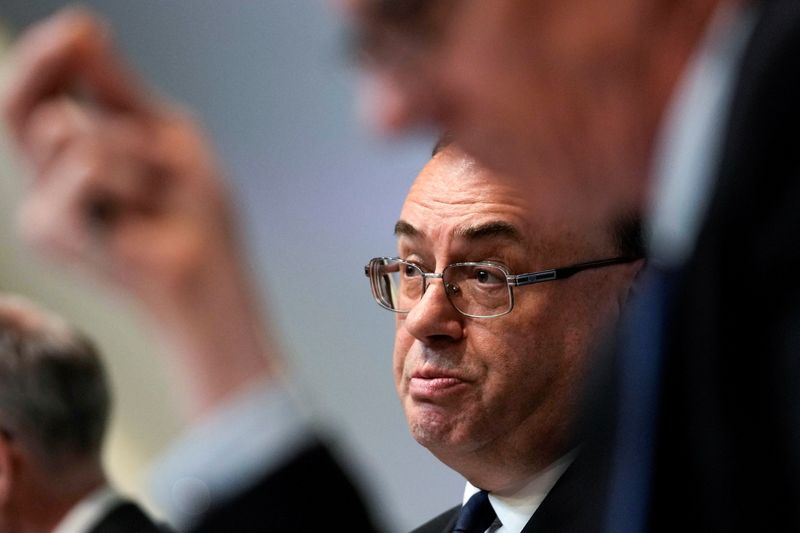 By David Milliken and Farouq Suleiman

LONDON (Reuters) -Bank of England Governor Andrew Bailey said on Monday that the current surge in inflation was the central bank’s biggest challenge since it gained independence in 1997, but denied that policymakers had been “asleep at the wheel”.

Bailey has been criticised for failing to act sooner on inflation by some lawmakers from the ruling Conservative Party, which is under public and political pressure over a cost-of-living crisis.

While in December the BoE became the first major central bank to raise interest rates since the start of the pandemic, this did not stop a surge in inflation which hit 7.0% in March and is forecast to have reached a 40-year high of 9.1% in April.

“I should emphasise that I do not feel at all – obviously – happy about this,” Bailey told the Treasury Committee in the lower house of parliament. “This is a bad situation to be in.”

Conservative lawmaker Mel Stride, who chairs the committee, said there was a frequent assertion that the BoE had been “asleep at the wheel” while another lawmaker suggested to Bailey that the BoE appeared “helpless” in the face of surging prices.

Other central banks are also scrambling to cope with a surge in inflation, which they initially described as “transitory” when it began with the post-pandemic reopening of the global economy, before Russia’s invasion of Ukraine pushed energy prices even higher.

Inflation in the United States is running at an annual 8.3%, according to data for April published last week, down a touch from March’s 8.5% which was the biggest rise since 1981.

The BoE earlier this month warned that Britain risks a double-whammy of inflation above 10% later this year and possibly a recession. It raised interest rates to their highest since 2009, hiking by quarter of a percentage point to 1%.

“It is a very, very difficult place for us to be in,” Bailey said on Monday. I have to say that this is the biggest test of the monetary policy framework that we’ve had in 25 years, no question about that.”

He said rising food prices, which have been pushed up by the conflict in Ukraine, were a major worry, not just for Britain but for developing economies too.

“Sorry for being apocalyptic for a moment, but that is a major concern,” he said.

Monetary Policy Committee member Michael Saunders said British inflation expectations might have been a bit lower if interest rates had gone up sooner than they did but there would have been little impact on the current inflation rate.

Saunders, whose term ends in August, was one of three members of the nine-strong MPC who voted for a bigger half-point rise this month.

At the end of the hearing, Stride said he thought there should be a general acceptance that the BoE had had to deal with an unusual number of economic shocks, as well as a high degree of uncertainty over the impact of COVID and the war in Ukraine.

The BoE said in its May announcement that most policymakers believed “some degree of further tightening in monetary policy may still be appropriate in the coming months”.

But two members said the guidance was too strong given the risks to growth.