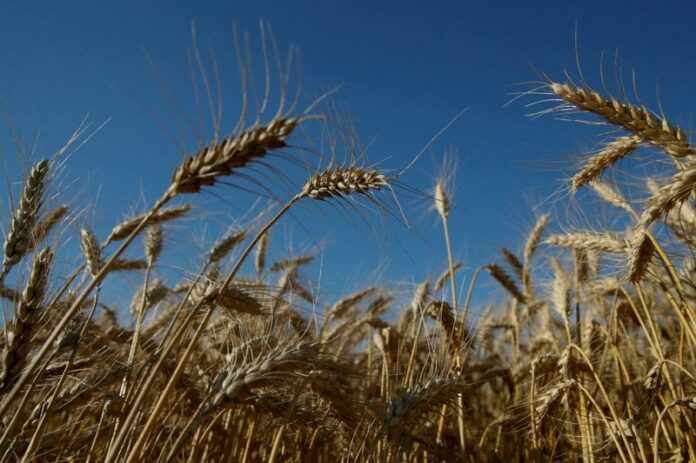 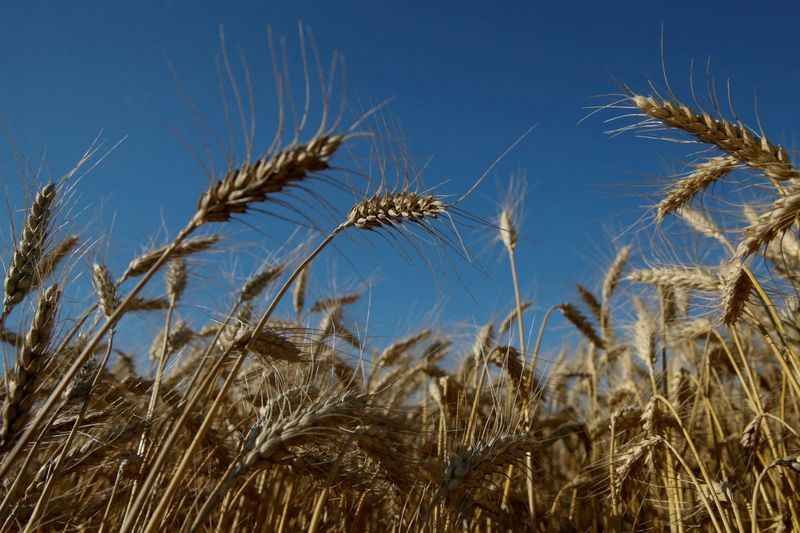 © Reuters. FILE PHOTO: Ears of wheat are seen in a field near the village of Zhovtneve, Ukraine, July 14, 2016. REUTERS/Valentyn Ogirenko

(Reuters) – Russia’s foreign ministry said on Monday that attempts by the West and the G7 group of nations in particular to isolate Moscow have worsened global food shortages.

“Attempts to divert Russia economically, financially and logistically from long-standing channels of international cooperation are only exacerbating economic and food crises,” the foreign ministry said in a statement on its website.

“It should be noted that it was the unilateral actions of Western countries, primarily from the Group of Seven, that exacerbated the problem of breaking the logistics and financial chains of food supplies to world markets.”

Before the war Ukraine and Russia combined accounted for about 29% of wheat production for the world market.

Moscow calls its actions in Ukraine a “special military operation” to disarm Ukraine and protect it from fascists. Ukraine and the West say the fascist allegation is baseless and that the war is an unprovoked act of aggression.

(Reporting in Melbourne by Lidia Kelly; editing by Grant McCool)