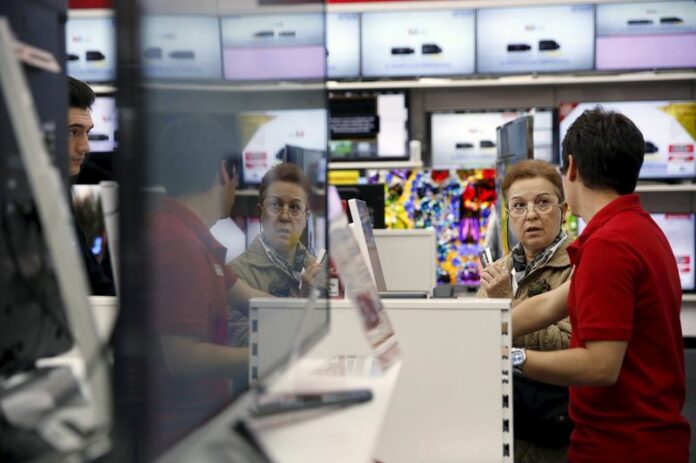 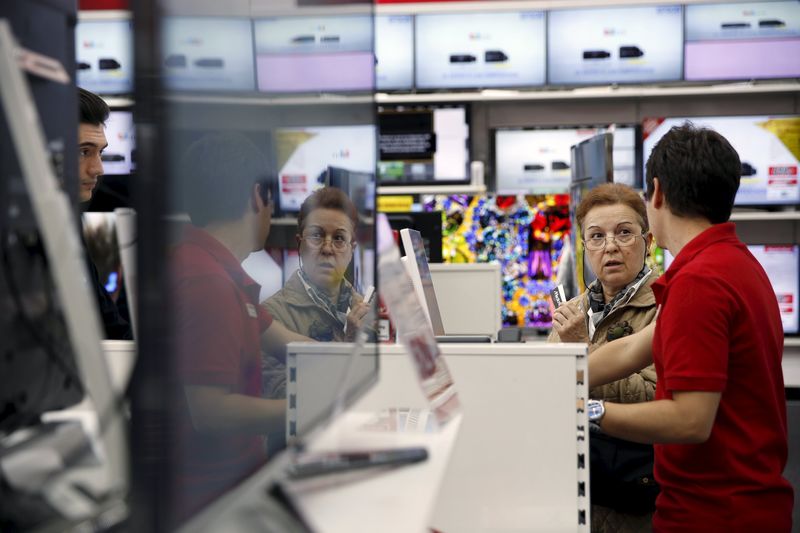 Investing.com — The U.S. consumer kept spending in April, shrugging off concerns that high inflation and the looming prospect of an economic slowdown might act as a brake.

Retail sales grew 0.9% from March, and March’s data were revised up to show a gain of 1.4% from February, double the 0.7% initially reported. That left the annual rate of retail sales growth at a robust 8.2% – although that boils down to something close to stagnation when inflation of 8.3% is taken into account.

The increase wasn’t all down to rising prices for groceries and gasoline. Excluding food and energy costs, core retail sales grew 0.6%, more than the 0.4% predicted. Here, too, March sales were revised up to a gain of 2.1% from an initial 1.4%.

Financial markets took the data as a sign that the Federal Reserve will persevere with a string of hefty interest rate hikes over the course of the next few months. The yield on the interest-rate sensitive 2-year Treasury note rose 8 basis points to 2.64%, while the benchmark 10-Year yield rose 6 basis points to 2.94%.

S&P 500 futures, meanwhile, edged down 3 points but were still posting solid gains of over 1% for the overnight session.

As in previous months, the data showed strong evidence of consumers taking advantage of the reopening of the economy after two years of intermittent lockdowns. Spending in bars and restaurants rose 2.0% on the month, twice as strong as the overall rise, and was up 19.8% on the year.

The figures might have been even stronger had it not been for a dip in sales at gas stations, as prices briefly came off their March highs. Excluding gas stations, sales rose 1.3% on the month. Sales at gas stations are still up over 36% on the year, a stark illustration of how Americans are having to dedicate more of their available income to fuel costs.

The release was consistent with company-level data from Walmart (NYSE:WMT) earlier in the day. The U.S.’s biggest retailer had likewise suggested that inflation would generate higher nominal sales this year. However, it had to revise down its profit guidance for the year due to rising input costs.