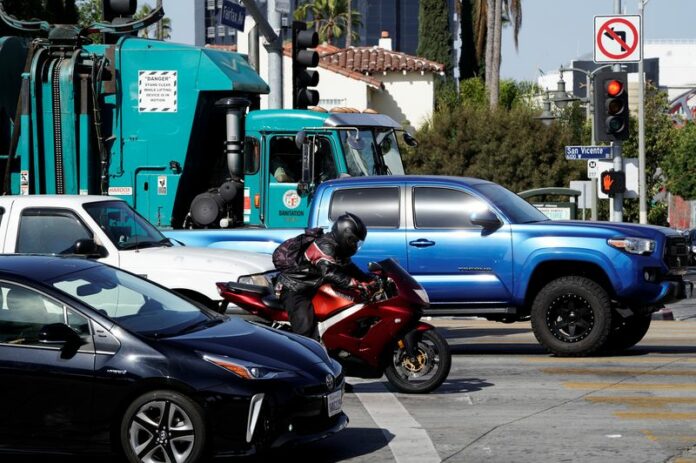 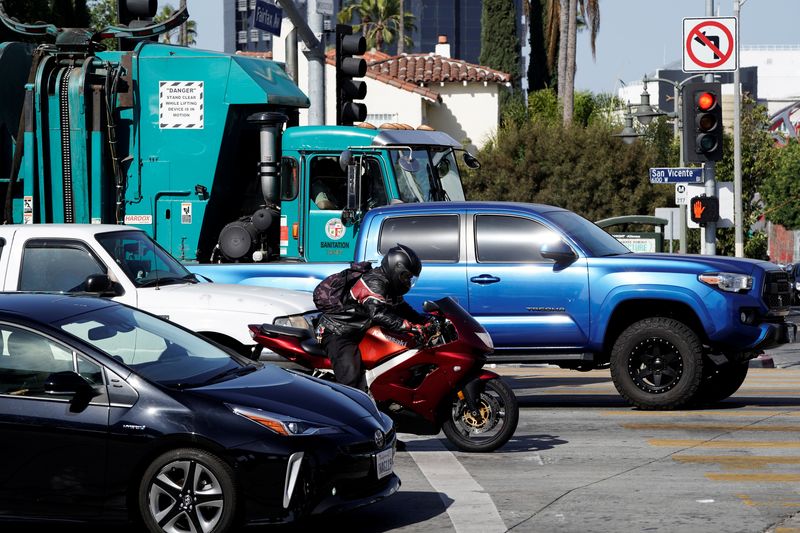 WASHINGTON (Reuters) -Americans are getting back behind the wheel, despite higher fuel prices.

But in March, U.S. gasoline prices soared above $4 a gallon after Russia’s invasion of Ukraine.

Over the 12 months ending in March, U.S. drivers have logged 3.27 trillion miles, higher than any other comparable 12-month period, data showed.

Driving has rebounded substantially after pandemic lockdowns in 2020 sharply cut road use. Vehicle travel in 2020 fell 13.2% to 2.83 trillion miles, the lowest yearly total since 2001.

Some experts have warned that U.S. traffic fatalities may continue to rise in the face of higher driving. On Tuesday, the National Highway Traffic Safety Administration (NHTSA) said U.S. traffic deaths jumped 10.5% in 2021 to 42,915, marking the highest number killed on American roads in a single-year since 2005.